Seventy-two percent of economists oppose a high $15 minimum wage, because it would wipe out too many jobs and result in employers restricting employees’ work hours too much. Sen. Bernie Sanders, who supports a $15 minimum wage, recently announced he would cut his staffers’ hours in order to afford paying them a $15 minimum wage.

Increasing the minimum wage doesn’t do much good for workers if some of them end up working far fewer hours than they would like, and others wind up unemployed as a result. But that seems to the effect of increasing the minimum wage to $15, judging from a recent study by the nonpartisan Congressional Budget office. As Fox News notes, “the CBO said the move would reduce real family income by about $9 billion in 2025,” as some workers lose their jobs or some of their hours worked. And it “concluded that a proposed $15 federal minimum wage could result in 3.7 million people becoming unemployed … as employers struggle to make payroll and respond by slashing jobs and hours.”

Large increases in the minimum wage often leave workers with fewer work hours than they would like, even for those that don’t lose their jobs. In 2017, Reuters reported that a “Seattle law that requires many businesses to pay a minimum wage of at least $13 an hour” had “left low-wage workers with less money in their pockets because some employers cut working hours.”

A study found that “low-wage workers on average” worked “fewer hours and earn $125 less each month than before the Pacific Northwest city set one of the highest minimum wages in the nation.” This was so even though the Seattle region is quite wealthy and thus suffered fewer negative effects from a large minimum wage increase than a typical, less affluent area would. After Whole Foods raised its minimum wage to appease politicians who support higher minimum wages, it cut employees’ hours, “negating wage gains for employees,” reports The Guardian. Similarly, a survey of restaurants released in April shows that “minimum wage hikes usually mean higher menu prices and fewer employee hours.”

The CBO’s upper bound estimate of 3.7 million jobs lost massively underestimates the job losses resulting from a $15 minimum wage, which almost certainly exceed five million lost jobs. That’s because it doesn’t fully take into account some negative effects of a minimum wage increase, such as its “tax implications,” which will spawn a negative chain reaction in low-wage, low-living-cost communities, as I discuss further below.

If you live in a rich, high-living-cost city or suburb, $15 may sound like not much. But there are many low-cost areas where a couple each making $12 per hour can afford a perfectly good middle-class lifestyle, making a wage well under $15 a “living wage.” For example, the median household income in Buchanan County, Va., is $31,800, which could include a hypothetical married couple each making $8 per hour. The median hourly wage in the county is way under $15 per hour, yet most people there own their own home and few if any go hungry. A home there costs only a little over a tenth what it wouldcost in more expensive areas of Virginia, like Arlington County. Even in wealthy Maryland, inexpensive Somerset County has a median hourly wage of well under $15 per hour. The entire state of Mississippi has a median wage below $15.

A $15 minimum wage would force every employer in such regions to pay a wage that is above the typical wage for an employee. That is utterly unreasonable and extreme, because by definition, everybody can’t be paid above average. Most small businesses have only a thin profit margin, so if they are currently paying $12 per hour to their typical employee, making them pay above $13 or $14 will make them go broke and force them to fire their employees. A $15 minimum wage is a complete perversion of the purpose of a minimum wage, which is to guarantee that wages are at least a minimal level, not to ban jobs with ordinary wages, or demand that everybody be paid at above the current average.

Even corporations have an average profit margin of only 7.9% . If an employer is paying its workers $10 per hour in a labor-intensive business (like a restaurant) and is making only a 7% profit, it can’t afford to increase employee pay all the way up to $15. A Seattle-based restaurant chain filed for bankruptcy after Seattle raised the local minimum wage to $15, even though Seattle is a wealthy area where some businesses can get away with raising prices in order to pay higher wages.

Jobs are already being lost in New York and Illinois due to their recent minimum wage hikes to $15. New York City experienced its worst decline in restaurant jobs since 9/11 after a $15 minimum wage there was enacted. Illinois businesses such as Hopper’s Poppers are already announcing plans to close up, move out of the state, or curb their expansion in the state, even though the state’s minimum wage increase is being phased in over several years.

Despite these job losses, the U.S. House of Representatives recently voted 231-to-199 to raise the minimum wage to $15. The Senate is not expected to pass such an increase.

A $15 minimum wage will set in motion a negative chain reaction in low-wage regions by reducing transfer payments to those regions and sending them into a downward economic spiral. The CBO should have given more consideration to the fact that transfer payments received by low-wage workers will shrink due to a $15 minimum wage, as they either lose employment (and thus eligibility for earned income tax credits) or have increased wages (for those who avoid reduced work hours or being laid off, leading to partial or complete phaseout of their earned income tax credits or housing subsidies, which shrink as a worker’s income increases above a minimal level).

Such reduced transfer payments will disproportionately affect certain low-wage communities that heavily rely on such transfer payments as an economic lifeline. That will plunge such communities into severe localized recessions as business spending and investment fall (due to businesses having to pay out higher hourly wages, while producing less output and thus reaping less revenue) and are not offset by an increase in overall worker spending (because the higher wages received by some workers is offset by some other workers losing all wages due to unemployment, still other workers working fewer work hours, and the higher-paid workers losing part of the benefit of higher wages due to lost earned income tax credits and other lost transfer payments). The reduced spending will lead to even more job losses, which will lead to even less spending, and still more job losses, and so on, in a downward spiral. 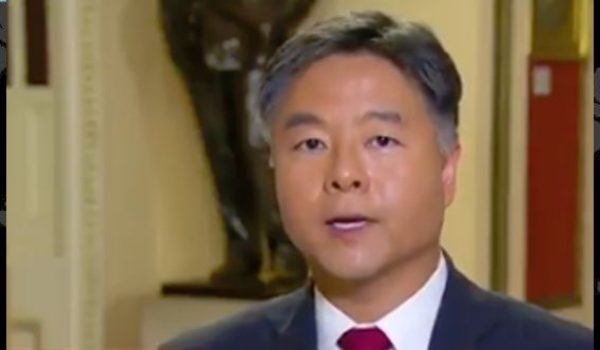 Congressman Ted Lieu: Somebody ‘got to’ Robert Mueller
Next Post
Trump in favor of labeling Antifa a ‘major organization of terror’