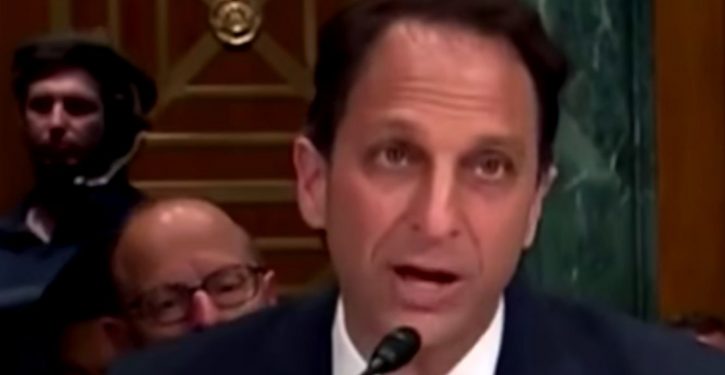 Former Justice Department official Andrew Weissmann has been called “Robert Mueller’s pit bull,” but that’s probably not fair to pit bulls.  The things Weissmann has reportedly been involved in as part of the Mueller operation aren’t really what pit bulls – honest, straightforward animals – do.

We will see as it all washes out if the latest report from John Solomon is validated.  He has a good track record so far, and refers to some fact-checkable sourcing.  The gist of the report is that in mid-2017, when the Steele dossier was already looking like a prosecutorial train wreck, Weissmann offered Ukrainian oligarch Dmitry Firtash a sweetheart deal on unrelated federal charges (in Chicago) if Firtash would testify against people connected to Donald Trump, including Jared Kushner and Paul Manafort.

The implication of the documents and background information Solomon cites is that Firtash was being asked to “compose”; i.e., not just “sing.”

Solomon notes how early this was in the Mueller effort.  A key meeting in the process, with Firtash’s lawyers, took place on 7 July 2017; i.e., at a time when Mueller, appointed in late May, didn’t even have his whole team assembled, and had not yet received the August 2017 “scope memo” that framed his work for the next 21 months.

But beyond suggesting a careful read of the whole article, I want to highlight one illuminating passage in it.  Solomon talks here about the unusually, er, gregarious and chatty approach Weissmann adopted in offering Firtash the deal:

Weissmann appeared to go much further [than the norm] in a July 7, 2017, meeting with Firtash’s American lawyers and FBI agents, sharing certain private theories of the nascent special counsel’s investigation into Trump, his former campaign chairman Paul Manafort and Russia, according to defense memos.

For example, Firtash’s legal team wrote that Weissmann told them he believed a company called Bayrock, tied to former FBI informant Felix Sater, had “made substantial investments with Donald Trump’s companies” and that prosecutors were looking for dirt on Trump son-in-law Jared Kushner.

Weissmann told the Firtash team “he believes that Manafort and his people substantially coordinated their activities with Russians in order to win their work in Ukraine,” according to the defense memos. And the Mueller deputy said he “believed” a Ukrainian group tied to Manafort “was merely a front for illegal criminal activities in Ukraine,” and suggested a “Russian secret service authority” may have been involved in influencing the 2016 U.S. election, the defense memos show.

Spilling his guts this way would certainly communicate to Firtash’s lawyers that the special counsel had no intention of charging Firtash with anything, for starters.  Try going into court with a record of that conversation for the judge to inspect.

But this is the illuminating point (emphasis added):

Weissmann’s private observations and sharing of prosecutor’s theories went beyond what prosecutors normally do in proffer negotiations and risked planting ideas that could lead the witness to craft his testimony, according to legal experts I consulted.

Gee, ya think?  Kind of leaps off the page, if you ask me.

We saw another such subtle point-injection maneuver a few months earlier, in April 2017.  That was when Weissmann set up the notorious FBI meeting with journalists at which the journalists gave FBI agents the entry code for an alleged Manafort storage locker in Northern Virginia.  The AP reporters practically drew a map for the FBI, but swore virtuously afterward that they never gave the agents the specific name or address of the storage facility.  (Somehow the FBI found it, shortly thereafter.)

It was the other set of topics discussed during that meeting that caught my attention.  This little transaction is more along the lines of the story-line “proffer” to Firtash.  During the April 2017 meeting, the AP reporters “asked” the FBI about what they said was a Manafort-related money-laundering operation in Cyprus, which the reporters had been pursuing with Cypriot officials.

Weissmann, present at the meeting, seemed to have arranged to be there – with the FBI agents as a captive audience – in order to offer advice “to the reporters” on what else to ask U.S. and Cypriot banking officials about this money-laundering operation.

My musings at the time:

Consider the “advice” from Andrew Weissman, who arranged the meeting, to the AP reporters:

Andrew Weissman suggested they ask the Cypriots if they had provided everything to which they had access or if they only provided what they were legally required to provide.

Did Weissman really need the FBI agents there, to proffer that advice to the intrepid AP squad?

Or was the target of the implication embedded in his “advice” not really the AP reporters at all?

Just to be clear (lest my point be too subtle): this looks like Weissmann trying to instigate a line of investigation in the FBI, by means of laying it out “for the reporters” in front of FBI agents.  Why this had to be done is a good question – possibly as a time-saver, or possibly because there had been no there there at some point, but if the FBI gave it a second look there might suddenly be some “there.”

Both instances of Weissmann apparently injecting cues and narrative into procedural matters require thorough investigation, which we can hope the combination of the Durham and Horowitz (IG) probes will include.

The more the string is pulled on the Mueller operation, the less it looks like an “investigation” of anything that was ever actually there.  It looks more and more like a phase of an operation to take down the elected president, with whatever manipulation was necessary along the way to cue seemingly legitimate activities from the “due process” authorities.

There’s a full-fledged fight over the wall going on in the Supreme Court
Next Post
UK tanker takedown: Iran taunts, May disappoints 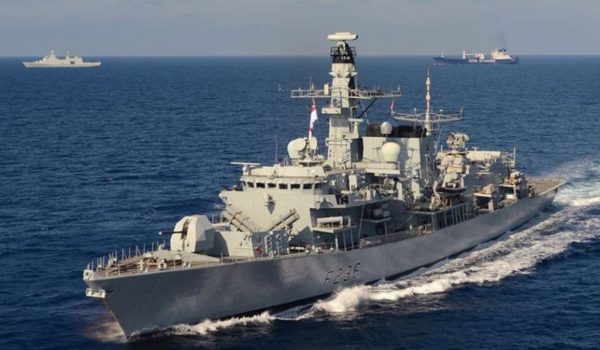