In June of 2018, former Department of Homeland Security Secretary Jeh Johnson freely admitted to Andrea Mitchell of NBC News that in 2014 the Obama administration expanded child detention centers to deal “with the spike in families” arriving at the border, adding:

So that is what President Trump and his administration have seen now over the last year. The numbers are 40 or 50,000 per month and they are obviously very frustrated with that.

Johnson also admitted “there were just 95 beds out of a total of 34,000 equipped to handle families,” all of which sounds painfully familiar.

One might have expected Johnson to to be called to testify Friday at a congressional hearing on family separations at the border, but instead ICE Director Thomas Homan was asked to appear. Homan also served under Obama, but more recently he was a member of the Trump administration, making him a preferred target.

Unfortunately for Democrats, Homan wasn’t as easy a mark as he may have seemed. Here is a video of his interrogation by Rep. Alexandria Ocasio-Cortez, who tried to pin him down as being the “author” of the “family separation policy.” A transcript of the money portion of the exchange follows:

Alexandria Ocasio-Cortez: Zero tolerance was interpreted as the policy that separated the children from their parents.

Thomas Homan: If I get arrested for DUI and I have a young child in the car I’m gonna be separated. When I was a police officer in New York and I arrested a father for domestic violence, I separated that father from his family.

Ocasio-Cortez: Mr. Homan, with all due respect, legal asylees are not charged with any crime.

Homan: If you want to seek asylum, you go through a port of entry. Do it the legal way. The Attorney General of the United States has made that clear.

If Ocasio-Cortez had insisted on pursuing this line of attack further, Homan could have pointed out that rapid DNA testing in May confirmed that a third of migrants faked family relationship with children to claim asylum, but there was no need to go there.

Next up was Rep. Jesús “Chuy” García (D-Ill.), who wasted no time playing the race card, accusing Homan of not caring about dead children because they look different from him.

Your comments are disgusting. … I’ve served my country 34 years and yes, I held a five-year-old boy in my arms. … [F]or you to sit there and insult my integrity and my love of my country and for children, that’s why this whole thing needs to be fixed.

Thomas Homan to @Repchuygarcia: "Your comments are disgusting…I've served my country 34 years and yes, I held a five-year-old boy in my arms…for you to sit there and insult my integrity and my love of my country and for children, that's why this whole thing needs to be fixed." pic.twitter.com/gGA7qW4RgU 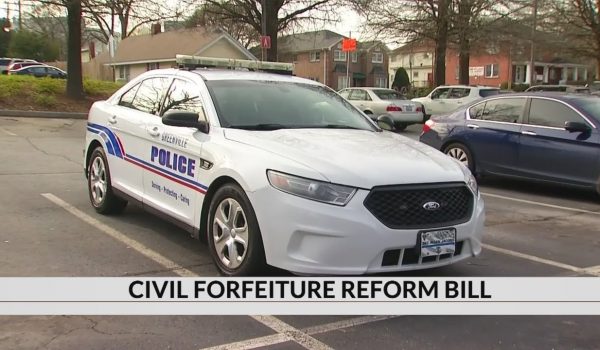 Hawaii governor vetoes bill aimed to end confiscation of property without a conviction
Next Post
Warren plans to increase annual refugee admissions to U.S. by nearly 800%