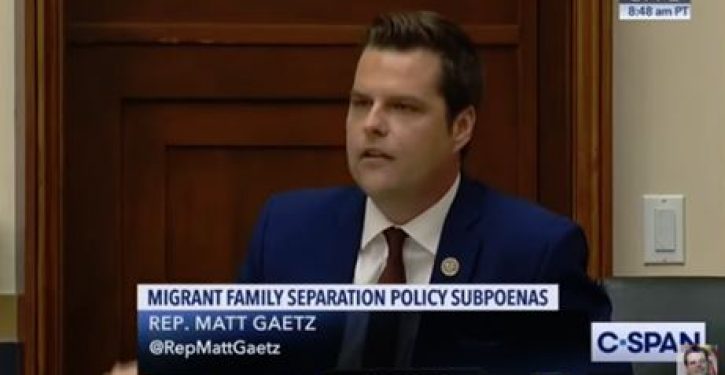 Florida GOP Rep. Matt Gaetz played an audio clip of a top Democrat laughing at and denying the existence of a border crisis when a lawmaker called it “offensive” to claim the Democratic Party was in denial about the issue.

“The gentlelady from Texas in her prior claim of time said it was ‘offensive’ to assert that Democrats were in denial about the crisis on the border,” Gaetz began Thursday during a House Judiciary committee hearing involving the humanitarian emergency taking place at the southern border.

“I would invite my Democratic colleagues to go to my official Twitter account where I have posted an interview from January 9, 2019, it was on CNN, not exactly a hostile network for you folks, and it’s, well, let me just play what the question was and it’s Jim Clyburn, the Democratic whip, answering the question,” the Florida Republican continued.

Gaetz then played the audio into his microphone. The exchange was between House Majority Whip James Clyburn, the third-highest ranked Democrat in the House, and a CNN host. The CNN host asked Clyburn if he agreed with the president that there was a “humanitarian crisis” at the border. Clyburn can be heard chuckling before saying “absolutely not.”

The audio clip only lasted a few seconds, but Gaetz played it on a loop that repeated the exchange six times before he finally put his phone down. The repetition of the audio clip earned the consternation of Pennsylvania Democratic Rep. Madeleine Dean, who attempted to interject.

“Is it appropriate for a Member to just put on a loop, a teeny soundbite out of context? Is that allowed?” Dean asked.

After the chairman of the committee gave Gaetz back his time, the Florida lawmaker explained the significance of Clyburn’s answer.

“I just think that’s quite something, that when you’re fed back your own words from your own leadership from earlier this year, you think that’s out of context and inappropriate and not allowed. Again, we didn’t raise the issue. It was the gentlelady from Texas that said ‘these allegations from Republicans that we were in denial — they’re offensive. We’ve always known of the crisis.’ And the Democratic Whip laughed! ‘Absolutely not.’ Laughed. Thought it was laughable,” Gaetz said. (RELATED: Nancy Pelosi Claims Democrats Have Always Acknowledged The Border Crisis)

“One of the reasons why so many young people, so many vulnerable people are in tragic conditions is because we didn’t act when the administration wanted us to provide funding that was absolutely necessary to care for people.” Gaetz added.

“And so it is appropriate to question why we are in these conditions. But it wasn’t the Republicans that were in denial. It was all of you, and it was in your own words from your own leadership,” he continued. “Be offended with the Democratic Whip, not House Republicans.” 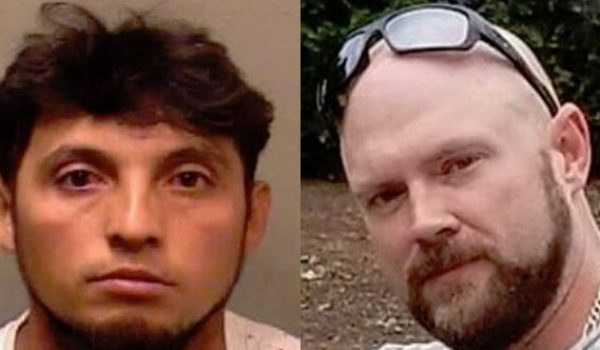