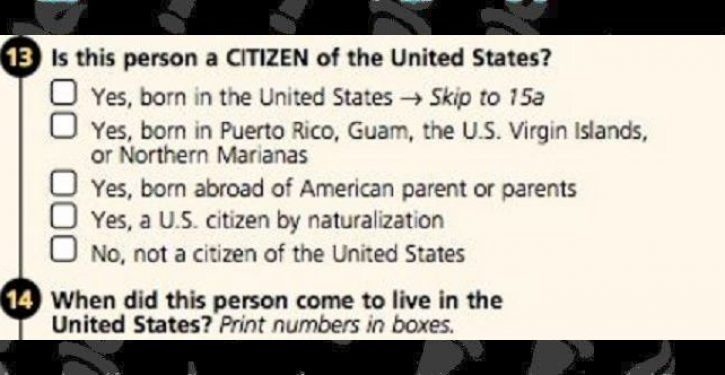 Democrats claim to have it all figured out. Donald Trump’s reason for wanting to include a citizenship question on the 2020 census is that he wants to “make America white again.” But as LU’s J.E. Dyer emphasizes in a tweet this morning, the rationale for having a census in the first place is to apportion congressional representation. Non-citizens aren’t supposed to count for that. “If they do count,” J.E. adds wryly, “then certainly Russians can jump into our elections w/both feet & sling memes every which way.”

Meantime what do the Democrats believe they stand to gain by omitting the question on citizenship, which has appeared historically on the U.S. Census far more frequently than not? Its absence, they argue, would encourage illegal aliens to come out from the shadows and be counted. It’s a cynical ploy, but not necessarily a realistic one according to a study released in March by the Center for Immigration Studies, which finds that the presence of such a question is unlikely to reduce participation in the 2020 census.

Another argument the Dems make for leaving out the citizenship question is that it discourages Hispanic voters from participating. But this argument, too, is quashed by recent research. The Washington Times reports:

A Harvard University Center for American Political Studies/Harris poll found that 67% of all registered U.S. voters say the census should ask the citizenship question when the time comes. … Most notably, the poll found that 55% of Hispanic voters favor the idea. [Emphasis added] 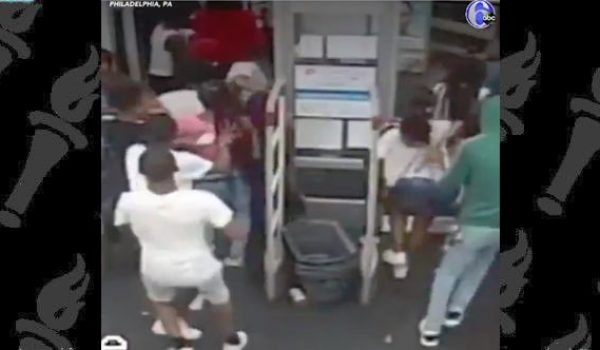 Christmas in July? Flash mob of some 60 black teens loot a Walgreens pharmacy in Philly
Next Post
Cartoon of the Day: Vaporizing crime 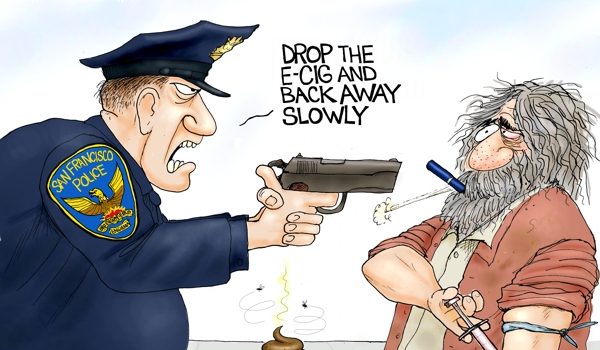