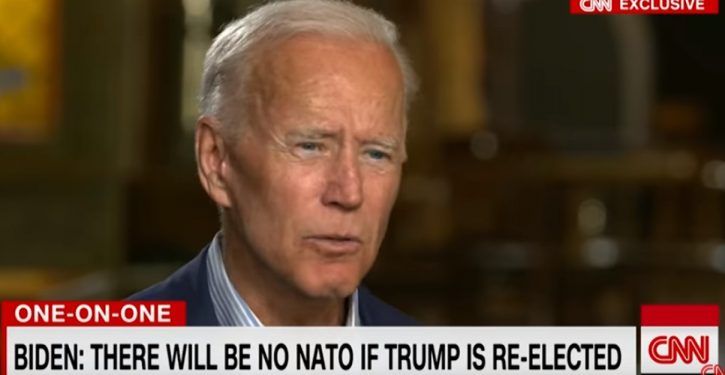 Howard Portnoy pointed out earlier on Friday that former vice president Joe Biden, now a candidate for president in 2020, seems – for a Democrat – startlingly unwoke on the question of “toxic masculinity.”

In the course of criticizing President Trump as a bully, Biden described how he has responded to bullies in the past:

Standing up to bullies is good, of course.  But according to the theory of “toxic masculinity,” Biden needs to unlearn his self-reported response of smacking bullies in the mouth.

Joe Biden has been unintentionally flashing signs that he doesn’t know what century, let alone year, it is.

Something to that.  Maybe it’s why Biden gave another head-scratcher of an answer in his CNN interview with Chris Cuomo, which aired on Friday (the same interview with the toxically masculine comments on bullying).  In the interview, Cuomo asked Biden about foreign policy, focusing in one segment on NATO and Europe. Biden offered something of a wide-ranging response, but at one point uttered this gem (video at bottom):

Maybe Biden doesn’t know what year it is.  He doesn’t seem to know who was president of the United States, and who was vice president, in 2016 when Putin has been accused of trying to tamper with the U.S. presidential election.

Democrats have been working hard for over two years to prove that Putin’s interference did happen on Barack’s and Joe’s watch.

Trump has conferred the nickname “Sleepy Joe” on Biden, and used it recently in a tweet after the first Democratic debates at the end of June.

….for the more traditional, but not very bright, Sleepy Joe Biden. Here we go again Bernie, but this time please show a little more anger and indignation when you get screwed!

I am in Japan at the G-20, representing our Country well, but I heard it was not a good day for Sleepy Joe or Crazy Bernie. One is exhausted, the other is nuts – so what’s the big deal?

Biden laughs off the nickname.

The rest of Biden’s response to Cuomo on foreign policy sounded more like stringing together soundbites from CNN pundits than articulating a foreign policy.  As Howard Portnoy says, Biden seems unwoke.  He might want to wake up before the presidential campaign gets much further along.

The segment quoted from starts at 9:40. 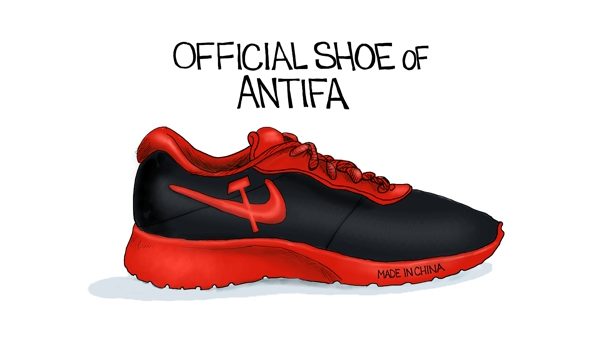 Cartoon of the Day: A perfect fit
Next Post
Tweet of the Day: Marianne Williamson shows why we need her in the 2020 race 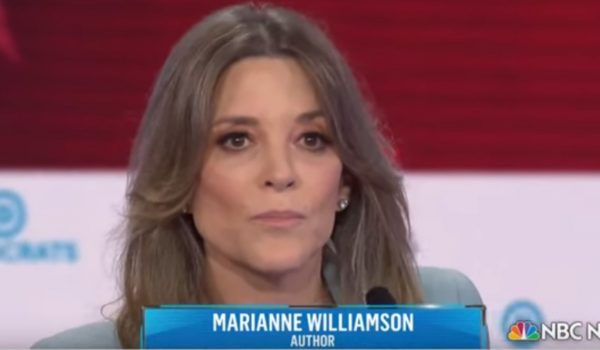