If people are in debt, it doesn’t make sense to take away their ability to pay their debt. But that is what state governments do to people who get behind on their child-support obligations, such as after they lose a job. The states suspend their driver’s licenses, and in some cases even jail them. That makes it harder for them to work or find a job, and reduces the likelihood they will ever pay off their debts. A report from the Abell Foundation backs up what some have been saying for years: Unrealistic, punitive child support orders and related collection laws drive parents and families deeper into poverty.

As the Baltimore Sun reports:

Decades of state and federal policy for setting high child support orders — and using tough enforcement tools to collect payments — has done more harm than good for low-income Maryland families, destabilized communities and trapped many men in a cycle of debt they cannot escape, a report by the Abell Foundation released Tuesday shows.

The report, written by the top child support enforcement officer for former President Barack Obama, said the state should ensure orders are set by the court based on a parent’s ability to pay, using their actual income rather than their potential earnings. …

“Child support orders set beyond the ability of noncustodial parents to comply push them out of low-wage jobs, drown them in debt, hound them into the underground economy, and chase them out of their children’s lives,” Vicki Turetsky wrote in the 55-page report. Much of the analysis is rooted in research by the Ruth H. Young Center for Families and Children at the University of Maryland School of Social Work. …

Robert C. Embry Jr., president of the Abell Foundation, called unrealistic orders “a recipe for disaster for low-income African American fathers, their children and Baltimore.” Evidence shows fathers who get into deep debt are less engaged with their kids, contributing to greater rates of depression, alcohol use, poor health and progressively worse behavior by the children. …

The nonprofit also is urging lawmakers to limit the use of potential — or “imputed” — income as a basis for writing orders. When noncustodial parents are unemployed or underemployed, courts routinely base payments on a fictitious income the parent would have the potential of earning if they found full-time work. … Data shows parents whose orders were based on imputed income actually earned 72 percent less money than was used to come up with their monthly payment orders.

Very often, people’s driver’s licenses are suspended when they are behind on their child support payments. That leaves them even less able to work and pay their child support. A report cited by the Abell Foundation “states that 42% of individuals who had their licenses suspended lost jobs as a result of the suspension, 45% of those who lost jobs could not find another job, and 88% of those that were able to find another job reported a decrease in income.”

Often, people get behind on their child support because they previously lost their job. The Urban Institute noted years ago that only 4% of noncustodial parents manage to get their monthly child support payments reduced when they lose their job, even though jobless people can’t afford to pay as much as people with jobs. Their unpaid child support just grows and grows, leading to them losing their driver’s license and access to most potential jobs. Low-income people with cars have access to 30 times as many jobs as low-income people dependent on public transit, notes transportation expert Randal O’Toole of the Cato Institute:

Child support obligations are often set too high to begin with. When California commissioned the Urban Institute to investigate why parents were often behind on their child support, it reported that the number one reason for arrearages was that “orders are set too high relative to ability to pay.”

Earlier, I described how design flaws typical of state child-support guidelines lead to child support obligations often exceeding low-income fathers’ ability to pay, including in a 2014 op-ed in the Richmond Times-Dispatch.

As I described in the Times-Dispatch, parents also sometimes get jailed for not paying child support that they are simply unable to pay. In theory, inability to pay is a defense to being jailed, but noncustodial parents facing jail typically do not have a lawyer or understand the rules of evidence. Courts often fail to accord them even the minimal due-process safeguards mandated by the Supreme Court’s decision in Turner v. Rogers. Some court rulings have cited a father’s failure to pay for an appeal bond as a basis for not hearing his appeal of his incarceration, even though a parent who is too broke to pay child support will also be too broke to afford the cost of an appeal bond. That can put low-income parents in a Catch-22 situation.

When parents are jailed due to their inability to pay excessive child support obligations, their relatives may have to empty their pockets to pay off the arrears, to get their family member out of jail. It can look a lot like holding someone for ransom. A South Carolina judge called this the “magic fountain” — jail a person who couldn’t pay his child support, and, as if by magic, the money may appear, courtesy of desperate relatives.

In 2002, Murray Steinberg, a member of Virginia’s child-support guideline review panel, told me that a majority of parents jailed in Virginia over child-support were black, even though blacks were only a minority of those ordered to pay child support. This may reflect the fact that black people tend to have fewer prosperous relatives to help pay their arrearages to get them out of jail, and their families tend to have less inherited wealth. Steinberg also described how excessive child-support obligations were driving African-American men into the black market. 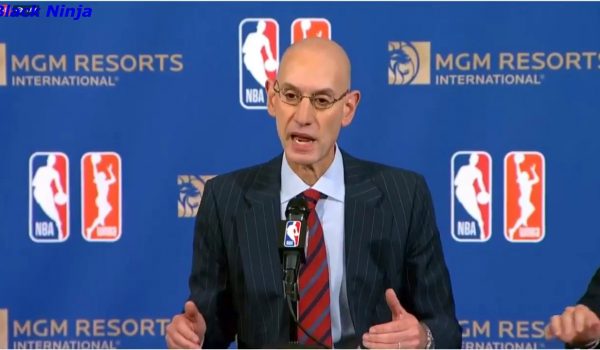 Are you a pet governor? A home chairman?
Next Post
Why is academia ideologically imbalanced?