The first of two Democratic debates will be held on Wednesday, and South Bend, Ind., Mayor Pete Buttigieg has already received his first question: “Mayor Pete, the country has been torn apart in recent years by racial tensions following police shootings of black men. How would you handle one of these incidents in a manner that would restore the peace?”

Actually, that’s not a question from tomorrow’s date. It is reality that has already occurred in Buttigieg’s own city on June 16, Father’s Day. According to the South Bend Tribune, 54-year-old Eric Logan was shot and killed by Sgt. Ryan O’Neill in a parking lot while responding to call that someone breaking was into vehicles. O’Neill maintains that Logan emerged from a car and came at him with a knife, prompting him to shoot in self-defense. There were no witnesses present who could confirm O’Neill’s account.

As an added complication, O’Neill’s body cam, which all police in South Bend are required to wear, are turned off.

Buttigieg’s response, according to the Indianapolis Star, has been less than mayoral, much less presidential:

The day of the shooting, Buttigieg left the campaign trail and returned to South Bend to meet with the public that night. But Buttigieg’s handling of the situation and the longtime tensions with the black community in his hometown are under scrutiny as he tries to appeal to voters of color.

The mayor has discussed Logan’s death at press conferences and at community marches that became the site of a now-viral exchange between Buttigieg and a group of protestors.

Here is a video of the exchange, which contains this bit of revealing dialog:

Mayor Pete Buttigieg: I do not have evidence that there has been discipline for racist behavior. …

Protester: You running for president and you expect black people to vote for you?

Buttigieg: I’m not asking for your vote.

Protester: You ain’t gonna get it either.

During a town hall this past Sunday, Buttigieg and South Bend Police Chief Scott Ruszowski fielded questions from several upset residents. “Get the people that are racists off the streets,” one told Buttigieg on Sunday. “Reorganize the department and get those people off the streets now.”

Buttigieg’s response was to take responsibility for the South Bend Police Department’s failed efforts to hire more minority officers and implement the use of body cameras.

Buttigieg’s decision to march with protesters chanting “No justice, no peace” probably didn’t win him any brownie points from members of his city’s police department.

According to Politico, Democratic strategists are telling him that “to emerge unscathed from the debates,” he needs to get a firmer handling on his messaging, with one advising, “If you don’t get this right, nothing else may matter.”

For presidential wanna-be Buttigieg, that ship may have sailed.

Dems and media have made immigration a leading campaign issue, which bodes ill for Trump
Next Post
Reporter asks Ocasio-Cortez if Planned Parenthood is concentration camp for unborn 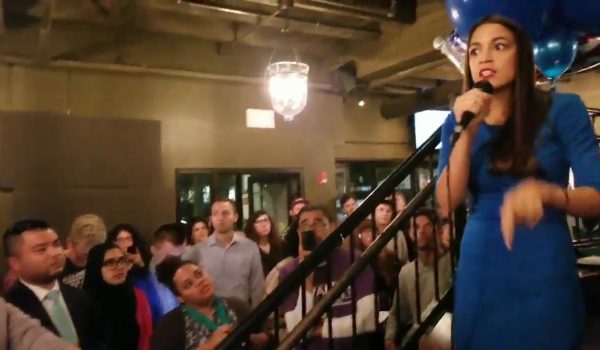