New York has just passed legislation that will tighten restrictions on speech in the workplace by defining it as “harassment” even if it is not harassment as the term is defined in federal law. The new definition of harassment is unconstitutionally over-broad, especially as applied to college campuses.

The legislation also amends New York State anti-discrimination law to cover even the tiniest employers, such as those with just one employee. All these employers will now be liable for punitive damages and attorneys fees to workers who successfully sue them for harassment or discrimination.

Small employers can be at a huge disadvantage in discrimination lawsuits. That’s because employers are forced to pay the worker’s lawyer if the worker wins a lawsuit against them, but employers have to pay their own lawyer even if the employer wins the lawsuit. For employers, it’s “heads you win, tails I lose.” One harassment plaintiff suffered so little that a jury awarded her only $1 in damages, but the court then awarded her lawyer over $40,000, payable by her employer. Employers are often ordered to pay hundreds of thousands of dollars to workers’ lawyers. That can bankrupt a small business.

New York’s new law was supposedly enacted in response to the “Me Too” movement. But its expansion of the definition of harassment doesn’t apply to just sexual harassment. It also covers speech deemed harassing based on other factors, such as sexual orientation, transgender status, religion, and race. Under the new law, even the tiniest family-owned businesses will be banned from discriminating based on these or other prohibited factors, such as “familial status” and “marital status.”

Under federal law, and prior state law, workers suing an employer had to show that speech or conduct was “severe or pervasive” enough to constitute harassment. New York State’s new law changes this under state law for all workplaces in the state, eliminating the “severe or pervasive” requirement. Instead, when offensive speech or conduct affects workplace “conditions,” the employer will have to prove that it does not “rise above the level” of what a “reasonable” member of the plaintiff’s group “would consider petty slights or trivial inconveniences.” The employer will be liable “regardless of whether such harassment would be considered severe or pervasive.”

New York City already has this “petty slights” standard under its municipal law, and it has been interpreted by some judges as allowing lawsuits against employers over things that seem quite trivial or petty. In one case, a judge allowed an employer to be sued because one of its workers said something anti-gay to another worker. In another case, a court allowed an employer to be sued largely because several of its workers went to strip clubs when they were not on the job, and a female employee learned about it. The employer was expected to police the personal lives of its workers.

The new state law does not exempt colleges from its sweeping definition of harassment, even though courts have struck down campus speech codes that defined sexual harassment in a way similar to New York’s new law. Courts have struck down sexual harassment policies in colleges and high schools because they lacked a “severe or pervasive” limit. They reasoned that punishing speech that is not severe or pervasive violates the First Amendment. (See, e.g., Saxe v. State College Area School District, 240 F.3d 200 (3d Cir. 2001); DeJohn v. Temple University, 537 F.3d 301 (3d Cir. 2008)).

Speech about sexual or racial issues that offends someone is constitutionally protected speech, especially if it is not severe or pervasive. Under campus hostile-environment harassment policies that lacked a “severe or pervasive” limit, “students and campus newspapers have been charged with racial or sexual harassment for expressing commonplace views about racial or sexual subjects, such as criticizing feminism, affirmative action, sexual harassment regulations, homosexuality, gay marriage, or transgender rights, or discussing the alleged racism of the criminal justice system.”

Core political speech may be protected even if it is severe or pervasive. A federal appeals court dismissed a racial harassment lawsuit over a professor’s racially-charged anti-immigration emails on First Amendment grounds, even though they offended Hispanic college staff to the point of being severe and pervasive in the eyes of a federal judge because those racially-charged emails were not aimed at any specific Hispanic employee. (See Rodriguez v. Maricopa Community College District, 605 F.3d 703 (9th Cir. 2010). Those constitutionally-protected emails would clearly run afoul of New York’s new law, which wouldn’t even require the Hispanic staff to show that the emails were severe or pervasive.

There is no blanket “harassment” exception to the First Amendment. Another appeals court also made that clear, when it struck down a campus racial harassment code that was used to punish people for speech that created a “hostile environment” based on the “subjective” reactions of listeners. A more severe impact than just hurt feelings is needed to justify banning speech on campus. (See Dambrot v. Central Michigan University, 55 F.3d 1177 (6th Cir. 1995)).

Even in non-academic workplaces, the new New York law is unconstitutionally over-broad. The fact that speech is offensive is not sufficient reason for the government to ban it in a private workplace. The Oregon Supreme Court overturned the application of a religious harassment rule to a private employer’s religious expression on freedom-of-religion grounds. Concurring, Justice Unis noted that the religious harassment regulation violated free speech because it did not require that conduct be serious enough to create a subjectively hostile environment. That was so even though the regulation did require that the conduct be unwelcome and create an objectively (as opposed to subjectively) hostile work environment. (See Meltebeke v. Bureau of Labor and Industries, 903 P.2d 351 (Or. 1995)).

The Supreme Court requires that conduct be not just unwelcome, but also severe or pervasive enough to make the work environment both subjectively and objectively hostile, before it is legally considered harassment under federal law. (See Harris v. Forklift Systems, 510 U.S. 17 (1993)).

Even the “severe or pervasive” standard found in federal law is not sufficiently protective of speech, so it is alarming that New York state is eliminating it as a limit on liability. Under the “severe or pervasive” test, courts (especially in New York) have allowed the speech of different speakers to be grouped together in assessing whether speech is “pervasive.” That means that each individual speaker may not have said anything offensive more than once, as long as the cumulative effect of all the different employees’ speech is pervasive. In New York, the speech doesn’t even have to be aimed the plaintiff, such as when the federal appeals court in New York allowed a college to be sued largely over a professor looking at pornography on his office computer (even though it is difficult to understand how this inappropriate conduct was based on the sex of the complainant, as federal law requires for liability). The net effect of such rulings is that employers often have to adopt a “zero tolerance” policy for offensive speech to avoid lawsuits, as UCLA Law Professor Eugene Volokh has noted.

As Volokh points out, courts have occasionally awarded damages for political, religious, and artistic speech under the theory that it created a “hostile or offensive” work environment. They have also issued injunctions against hostile speech, such as “remarks or slurs contrary to … fellow employees’ religious beliefs.” In doing so, they have effectively imposed “content-based, viewpoint-discriminatory” restrictions on speech that the First Amendment forbids.

In almost all such cases, the employer’s lawyer didn’t even raise the First Amendment as a defense, waiving the argument. That may be because employers’ lawyers tend to be progressives who are not enthusiastic about the First Amendment protecting sexually or racially insensitive speech. That is especially true in progressive areas like New York City, where the vast majority of lawyers are progressives, some of them ideologically committed to curbing politically incorrect expression. At Harvard Law School, I had classmates who rooted against employers in classroom discussions of harassment lawsuits. Yet, years later, they now represent employers in court. How zealously they represent them is not clear. When the law firm of Baker & Mackenzie was ordered to pay $7 million in a fairly routine sexual harassment case by a San Francisco jury, a local lawyer who represented employers for a living publicly called the verdict “inspiring,” even though the size of the damage award set a bad precedent for all of her clients.

Laws are not supposed to pressure private entities like employers to restrict someone’s constitutionally-protected speech. The First Amendment was violated when a government official pressured a local chamber of commerce not to run ads from a particular businessman in its publication — as the New York federal appeals court ruled in 1991 in Rattner v. Netburn. Courts have also ruled that government officials should not pressure or otherwise direct private employers to restrict speech protected by the First Amendment. (See, e.g, Dossett v. First State Bank, 399 F.3d 940 (8th Cir. 2005); Reuber v. U.S., 750 F.2d 1039 (D.C. Cir. 1985)). 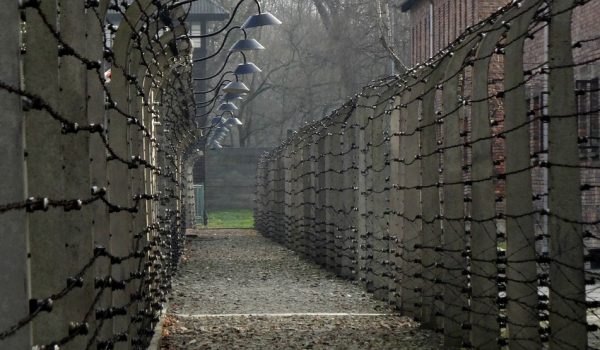 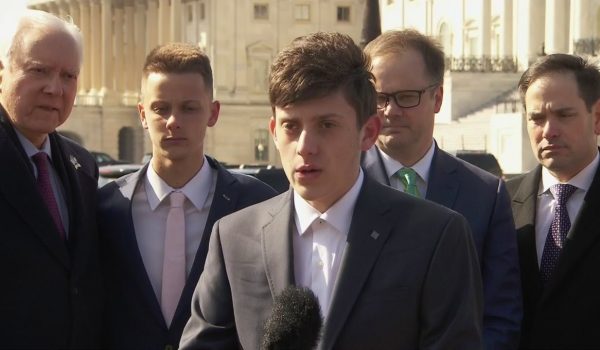