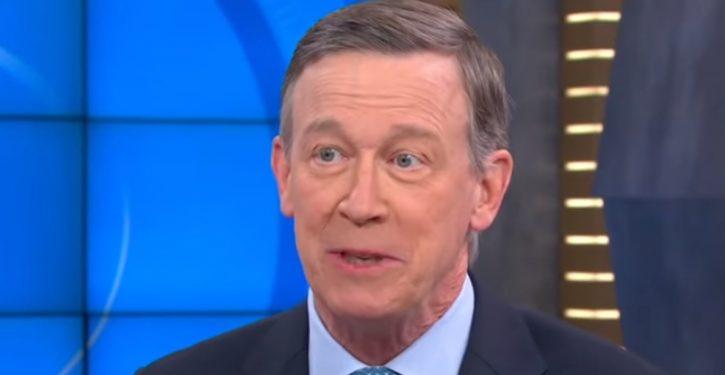 Socialism continues to gain ground in the Democratic Party. Seventy-seven percent of Democrats now wish America were more socialist, according to a recent poll. Most Democrats have a favorable view of socialism but not capitalism.

On June 1, the California Democratic Convention booed former Colorado Governor John Hickenlooper (D), when he said “Socialism is not the answer.” They also booed him later when he said universal health insurance should be achieved without “removing private insurance from 150 million Americans.”

As The Hill reported in March, “Nearly two-thirds of registered voters in a Harvard CAPS/Harris Poll survey” say “the Democratic Party supports socialism.”

The strain of socialism backed by American Democrats is much more expensive and further to the left than the watered-down version of socialism practiced by France’s Socialist Party or by Social Democratic Parties in places like Sweden and Germany. Those European parties support a generous welfare state, but to win elections, they have been forced to abandon key socialist tenets, such as socialism’s belief in government ownership of the means of production.

The progressive website Vox estimated in 2018 that the “Democratic Socialism” agenda backed by Democrats in Congress like Rep. Alexandria Ocasio-Cortez (D-N.Y.) would cost $42 trillion over ten years. That’s twice the size of America’s existing national debt, and paying for it would double the size of the federal budget.

That’s assuming the Democratic Socialism agenda would only cost $42 trillion. In reality, that figure is almost certainly a gross underestimate. The $42 trillion calculation doesn’t include the cost of the Green New Deal, which has been endorsed by leading Democrats and progressives, such as Bernie Sanders, Kamala Harris, Cory Booker, and Elizabeth Warren.

Researchers say the Green New Deal would cost at least $50 trillion, and perhaps more than $90 trillion — four times the size of the entire U.S. economy and four times the size of America’s national debt. Key elements of the Green New Deal blueprint could backfire and actually increase greenhouse gas emissions, according to energy experts like Michael Shellenberger and Thomas J. Pyle. It could do that by paying for white-elephant construction projects that result in pollution, and by gradually shutting down certain power plants, even though they don’t emit carbon dioxide or greenhouse gases.

In 2018, when Democratic support for socialism was lower than it is today, some Democratic primary voters already showed a preference for socialism. They replaced several Democratic legislators with avowed socialists in safe Democratic seats. Democratic elder statesmen such as former President Jimmy Carter warned against their party’s leftward drift. But party members are largely ignoring such warnings.