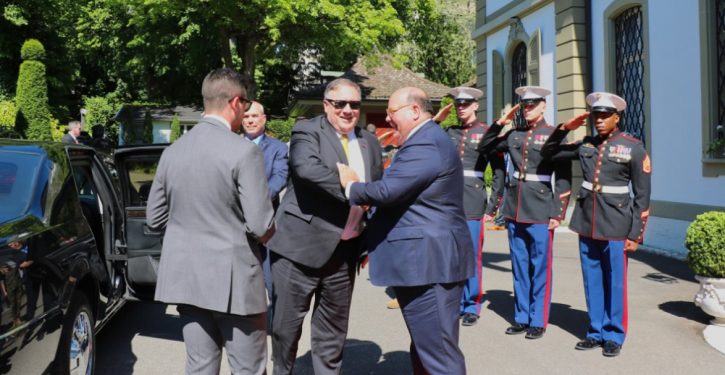 For years, there’s been something of an unspoken taboo against talking very much about the annual gathering of movers and shakers on the shores of Lake Geneva in Switzerland.

I’ve observed the taboo myself, associated as it is with tinfoil-hat thinking about a secret cabal running the world.  Not being a tinfoil-hatter – I don’t believe, on principle, that human society operates that way – I’ve never wanted to invite prejudicial assumptions unnecessarily.

And although it does seem like everybody and his dog-walker has a secret cabal going these days, from the dark-money donors to the civil-society-and-academia crowd (e.g., Aspen, Ditchley) to the hoary old Bohemian Grove (with which the John Birchers used to tax Bill Buckley), it’s still been a touch too fringe-y to seem to notice it much.  (I do think, as regards Bilderberg, that this has been more pronounced in U.S. media than in Europe.  The Times of London may barely deign to notice Bilderberg, but the tabloids make no bones about staking it out.)

Apparently, however, all bets are now off.  Serving American cabinet officials have sometimes gone to Bilderberg in the past, to be sure.  But this year, it’s Secretary of State Mike Pompeo of the Trump administration.  If there’s even a possibility of some spooky voodoo spinning away behind the ramparts at Bilderberg, no one’s going to cover up with faint reportage for that.

So Newsweek and a few others — even the New York Times — are getting us started saying “Bilderberg” out loud in polite company.  Pompeo is heading a big delegation from the USA:

The Americans have come to Bilderberg in force this year. Secretary of State Mike Pompeo arrived on Saturday afternoon in a motorcade so long it stretched halfway back to Geneva. He’ll be sharing his thoughts on “A New Strategic Order” with the head of NATO, two prime ministers, the German foreign minister, the King of Holland, and any number of finance bosses and billionaires, many of them from the world of tech.

There are others: Jared Kushner, National Security Council officials, a couple of bigwigs from the Pentagon.  The Titans of Tech are there in numbers.

But the main thing is that Mike Pompeo, whom no one would mistake for Henry Kissinger, is there (as is Kissinger, incidentally).  Many Americans regard that distinction as a feature, of course, not a bug.  Others have a more nuanced view.  Still others think it’s a crying shame.

The bottom line, however, is the opposite of what devotees of the Bilderberg mystique might imagine.

If you’ve been worried about what they do at Bilderberg, you can stand down from that.  If you haven’t been worried, you may enjoy (as you can probably tell I do) seeing the gathering’s aura of elite power and mystery develop a slow leak.  How elite and mysterious can it be, really, if they let Mike Pompeo in?  (I don’t mean to pick on Pompeo here; he’s just the senior face of the Trump administration at this hog fry.  For what it’s worth, I think he’s doing a good job.)

And that does mean Bilderberg, the homogenizing phenomenon, will never be the same.  As with so many things, the Trump effect is to occupy territory by busting loose taboos of thought and language, enforced over the last century by an accretion of conventions everyone fears to violate.

It’s actually just silly, after all, to say that there’s no morally thinkable territory between transnationalism (or “globalization”) and virulent, autarchic nationalism.  The reality stares us in the face that most of the last 500 years has been spent on exactly the territory that lies between them.  That’s the pragmatic territory where Trump operates.  The modern world has extensive experience with sovereign nation-states doing business together in a discretionary manner, as opposed to selecting pre-framed options off a menu written by international councils.  “Trump” going to Bilderberg can be seen as a way of walking in the front door to make that point.

I invite you to decide for yourselves how significant it is that the denizens of Bilderberg are letting him do it.  In the meantime, I’ll be interested to see if the New York Times and Washington Post can figure out what to do editorially with this development.

I do expect the true believers of post-modern anti-nationalism to react with perturbation to the points made here.  Their assumptions will be predictably reflexive.  No one can help that; the epistemic sphincter is tightly clenched and largely unpersuadable at the moment.

But that’s what the phenomenon of Trump is doing for us: forcing the post-modern epistemic sphincter to unclench.  It’s not a pretty process, but I do think it’s a necessary one. People are thinking again, as opposed to merely reciting creeds.

Besides wondering about the editorial staffs of the mainstream media, I spare a thought for the long-faced proprietors of those down-at-heels strip-mall bookstores of the 1970s, the ones that offered racks of people’s self-published investigative findings on Bilderberg and other dark, unspeakable centers of conspiracy.  To the extent they’re still out there, how will they see “Trump” going to Bilderberg?

Somehow, I don’t think they’ll uniformly assume “Trump” has been coopted.  That’s the nature of Trump’s shibboleth-breaking effect: it puts in question long-held assumptions.  We live in interesting times. 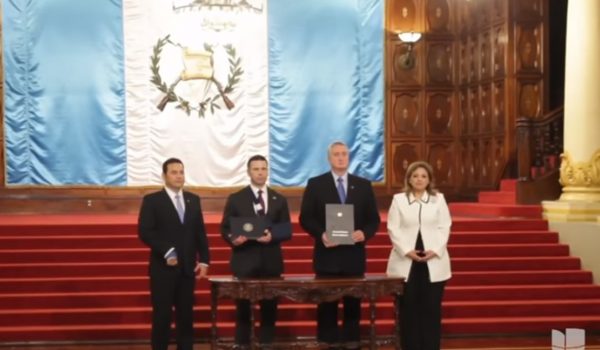