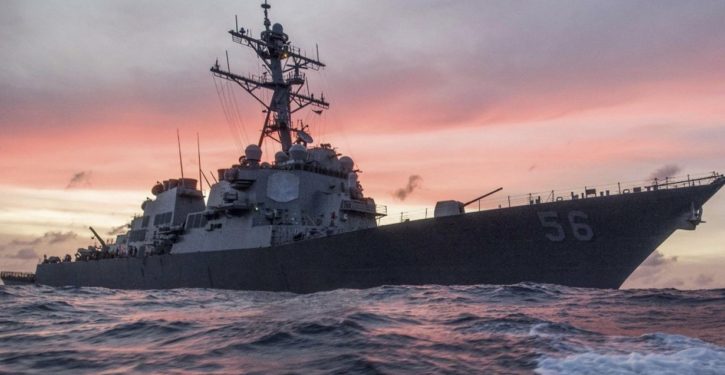 The Wall Street Journal on Wednesday reported that the U.S. Navy, on orders from the White House to relocate the destroyer USS John S. McCain in advance of President Trump’s recent Japan visit, had obscured the late senator’s name with a tarp, then later strategically placed a barge in front of it. Crew members who normally wear caps bearing the ship’s name were also allegedly given the day off.

Meghan McCain, the late senator’s daughter, took the news as a cue to blast the President as a “child.”

“Trump is a child who will always be deeply threatened by the greatness of my dad’s incredible life,” she tweeted. “There is a lot of criticism of how much I speak about my dad, but nine months since he passed, Trump won’t let him RIP. So I have to stand up for him.”

“It makes my grief unbearable,” she added.

Trump is a child who will always be deeply threatened by the greatness of my dads incredible life. There is a lot of criticism of how much I speak about my dad, but nine months since he passed, Trump won't let him RIP. So I have to stand up for him.

It makes my grief unbearable. https://t.co/gUbFAla1VE

The Journal is generally a highly reliable source, but it turns out that here the paper ran with a story generated by low-level (and low-character) individuals who were told to “knock it off” once the upper echelon of command got wind of the story.

It took CNN — CNN! — to set the record straight. On Thursday, the ordinarily unreliable source wrote:

Two Navy officials confirmed to CNN Wednesday night that the White House Military Office asked lower-level US Navy officials about keeping the ship out of view. One of the Navy officials further clarified Thursday morning that the discussion included obscuring the ship or moving it, which was not practical because the ship was under repairs at the time.

“Once leadership heard about it, they said knock it off,” a senior Navy official told CNN.

The network also interviewed the president, who denied knowing about the plan and stating that although he “is not a big fan” of McCain, he wouldn’t have supported it.

“Now, somebody did it because they thought I didn’t like him — OK — and they were well-meaning, I will say. I didn’t know anything about it. I would ever have done that.

The president followed up with a tweet reaffirming that he no prior knowledge of the plan to throw shade on the memory of John McCain.

I was not informed about anything having to do with the Navy Ship USS John S. McCain during my recent visit to Japan. Nevertheless, @FLOTUS and I loved being with our great Military Men and Women – what a spectacular job they do!

While the McCain/Trump rivalry has been intense over the last few years, and the President has been known to criticize the late Senator on occasion, this appears to be a case where the media made a story out of nothing and the thin-skinned Meghan McCain took the bait.

About those media company threats to stop productions in Ga. over new abortion law
Next Post
Cartoon of the Day: Sharpshooter 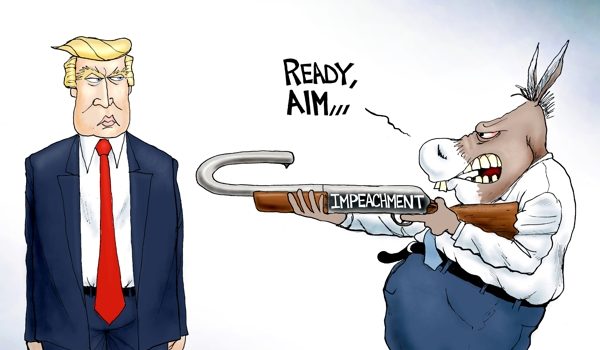