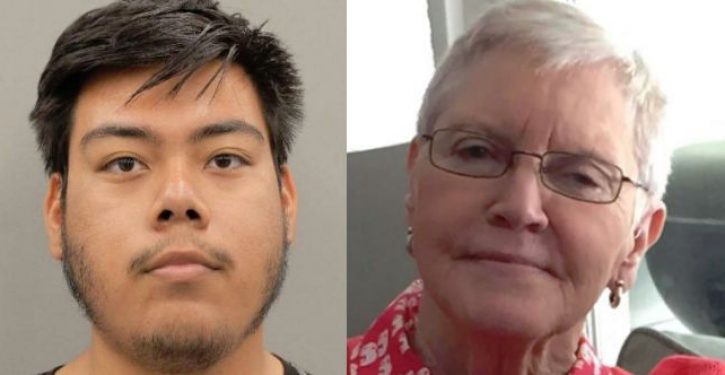 The mainstream media in this country seem reluctant to report murders by illegal aliens, perhaps because the fact of these crimes clashes with the leftist narrative that those who sneak across our southern border are “patriots,” to use Nancy Pelosi’s preferred term, here to enrich the lives of all Americans.

While I can understand, if not agree with, the media’s hesitancy to treat, say, a vehicular homicide involving an illegal as national news, I would expect alarms to go off in newsrooms across the country if they failed to cover an unusually gruesome or heartless murder.

Such is the case of the brutal murder committed by Marco Cobos, 19, a Mexican national in the country illegally. According to the charging documents read in court this past Wednesday, Cobos “allegedly used multiple knives to stab Etta Nugent to death for about 40 minutes to an hour.” All the while, Cobos confessed to authorities, the elderly woman pleaded for her life. “The medical examiner reported finding more than 13 stab wounds on the 75-year-old woman’s body.”

This is not just murder — it’s torture. Yet, the story was skipped over by the New York Times, the Washington Post, ABC News, NBC News, and CBS News. We might not know of the crime at all if it weren’t for local news outlets, like the Houston Chronicle, which also notes that Cobos was homeless and living in a truck that he stole.

Cobos “sought help from Nugent to fix his broken down Ford F-150, but she was unable to ‘because of her age,’ police said.”

He heard the doorbell ring and saw Nugent on the front porch trying to escape. Cobos said he went outside and grabbed her in a “bear hug.” He got more knives from the kitchen and continued stabbing her until she died.

Cobos has been charged with capital murder. He is being held without bond and federal authorities have placed an immigration detainer on him.

Nugent was a mother of three and grandmother to six. In a statement, the slain woman’s relatives wrote:

The family of Etta Nugent is heartbroken and in absolute shock at the senseless tragedy that unfolded before them this week. Etta was a kind, gentle and generous woman who lived her life with unwavering dedication to her faith, family and friends.

Yet, the mainstream media saw no reason to run this. 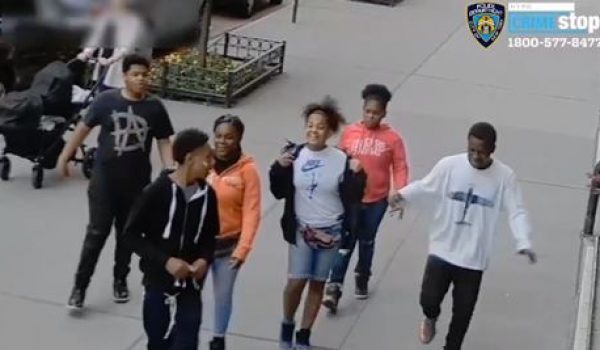