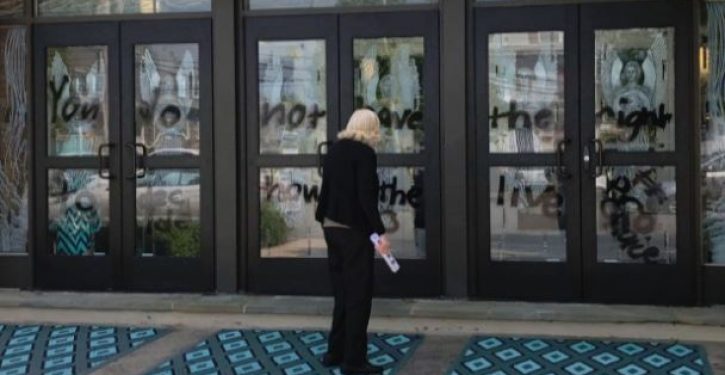 In “The Art of War,” Sun Yat Sen counseled, “If you know the enemy and know yourself, you need not fear the result of a hundred battles.”

It seems obvious from the actions of pro-abortion vandals in Swarthmore, Pa., that they don’t know their enemy, which they have mistaken for Christianity.

… [A] church in Delaware County was targeted by vandals who tagged it with abortion rights graffiti and more Sunday. Heading into church for Sunday mass, parishioners at Notre Dame de Lourdes parish in Swarthmore were met with black spray paint that said, “You do not have the right to decide how others live.”

The irony of the slogan chosen is that it applies equally, if not more, to the unborn children whose lives pro-abortion advocates are so ready to terminate so willfully.

Jessica Prince, a congregant of the church, is quoted as saying:

It was very shocking to come up to the church and see that. I’d have to say the first half of Mass was me crying the whole time because I was so upset somebody would do that to the church.

If people wanted to come and stand outside our church and protest our beliefs, go for it, but vandalizing a property, I think, is taking it way too far.

This is not the first time that Christianity has been targeted in the promotion of some liberal cause. On International Women’s Day in 2017, feminist protesters simulated a bloody abortion on a woman dressed as the Virgin Mary outside a cathedral in Tucuman, Argentina. The protest was meant to symbolize the killing of “patriarchy” and “forced heterosexuality,” but the choice of location and subject matter were shocking to pro-lifers who witnessed or read of the ugly incident.

Report: Obama eager for his next memoir to outsell his wife’s, dings her for using a ghostwriter
Next Post
Cartoon of the Day: Obstruction 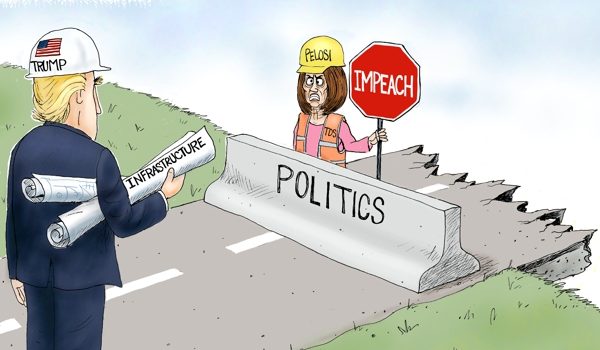