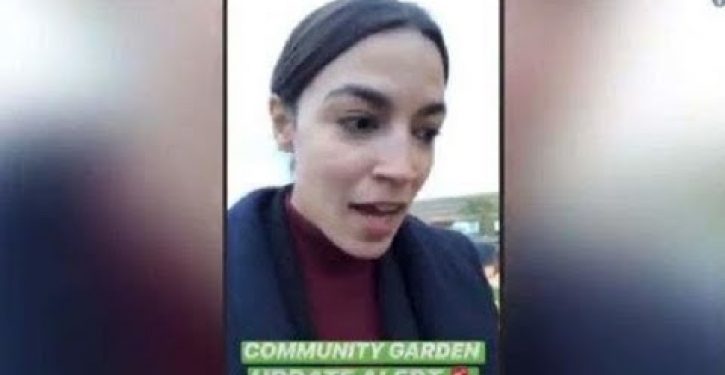 Following her first cell phone-recorded foray into her D.C. vegetable patch, Rep. Alexandria Ocasio-Cortez is back with more tips on gardening. Unlike her first visit, in which she expressed childlike wonderment over “food that comes out of dirt … like … magic,” this time the freshman congresswoman is here to discuss serious business. Namely colonialism.

Looks like they’ve got composting going on, which is so awesome, too, because composting is really hard to do in a neighborhood like this. We just don’t have the pick ups and the ease of it that a lot of other communities have. So that’s really how you do it, right, that is such a core component of the Green New Deal, is having all of these projects make sense in a cultural context. And it’s an area that I — we get the most pushback on, because people say, like, why do you need to do that? That’s too hard. But when you really think about it, when someone says that it’s too hard to do a green space that grows yucca instead of, I don’t know, cauliflower or something, what you’re doing is that you’re taking a colonial approach to environmentalism, and that is why a lot of communities of color get resistant to certain environmentalist movements, because they come with the colonial lens on them. And it should be no surprise that sometimes a lot of these projects don’t work out occasionally because our communities are naturally attuned to live in an environmentally conscious way.

What strikes me most about this and other lectures by Ocasio-Cortez is how frequently she adopts an us-vs.-them mentality. Growing yucca, the starchy tuber indigenous to Spanish-speaking parts of the Americas, is somehow good, while raising cauliflower (which for added measure is white!) is evil.

Another example of this is a tweet she posted last Friday accusing Republicans of not caring about babies. Notice how she goes out of her way to emphasize that the GOP cares least of all about “brown, black, or poor” babies.

The GOP doesn’t care about babies at all – especially brown, black, or poor ones. If they did, they’d:
– cosponsor the Green New Deal or at LEAST have a real climate plan
– guarantee healthcare so ALL can get prenatal care
– not stand for the death+caging of babies on our border

It seems not to have dawned on her that these incessant references to her Hispanic heritage might even be a turnoff to some of her Democratic colleagues. 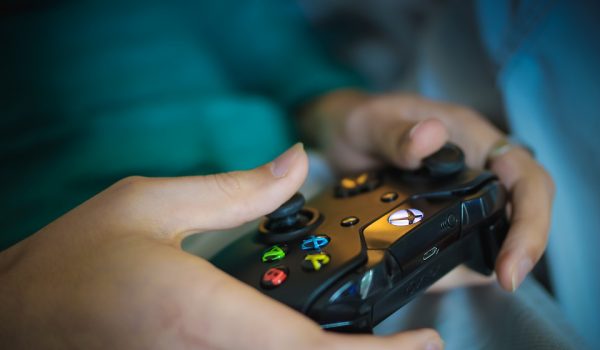 Video game urges players to kill journalists to make them ‘famous in a different way’
Next Post
Liberal ‘civility’ alert: Beer company advocates smashing people over the head with bricks