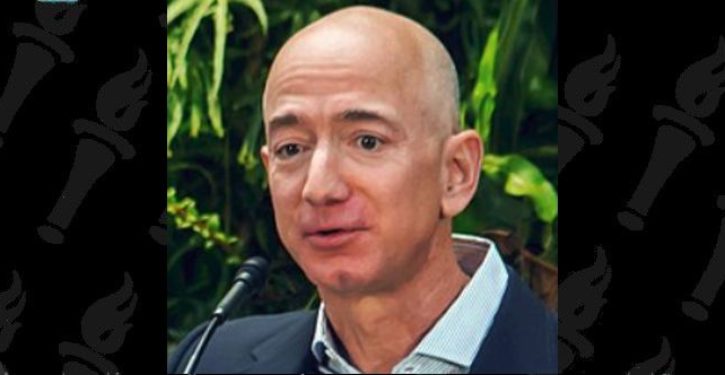 It’s estimated that Jeff Bezos earns $212 million every day, and my actions help make the world’s richest man even richer.

Fortunately, as a consumer in our market economy, I am free to avoid patronizing the wide range of products and services offered through his vast Amazon empire. But, due to his voracious appetite for expansion, avoidance is becoming increasingly difficult as customers are often unaware they are shopping or viewing a site owned by Amazon. (For example, while researching this piece, I learned that the popular Zappos shoe site, where I have occasionally shopped, was acquired by Amazon in 2009.)

As an active female consumer who goes about her daily life enjoying the money-saving convenience of shopping online, reading political news, buying healthy food, and watching streamed entertainment, I have become a pawn in Amazon’s master plan of world domination — and am loath to admit that Jeff Bezos and my credit card have digitally mated.

This “marriage” was unplanned. Actually, it’s more like “mission creep” that slowly expanded over the years until I was punched in the face with the fact that I allowed Jeff Bezos to infiltrate wide swaths of my daily life. Millions of others are in the same boat. Here’s proof: Since its founding in 1994, Amazon has grown into the world’s second largest internet company and our nation’s second largest employer.

Feeling more unnerved about my “relationship” with Bezos, I believe it is instructive to publicly discuss the depth of his infiltration while encouraging readers to conduct similar self-assessments.

What I call my new-found “Amazon animosity” started on a recent Saturday morning after noticing my favorite face cream was two days from depletion. (My husband called it a “first-world crisis.”) After Googling the product, I determined that Amazon offered the best price with free one-day shipping. It was just before noon when I placed my order. Sure enough, the package arrived midday Sunday. Marveling at the logistics, I was prompted to exclaim, “This is why Jeff Bezos is the richest man in the world.”

It is important to note that I am only one of 101 million Americans who annually pay $119 for an Amazon Prime membership that includes free shipping. Honestly, I have not done the math, but since my last credit card statement listed seven Amazon charges, I assume Prime is saving me money. (Or has my “partner” Jeff brainwashed me into thinking I need a Prime membership, given my ordering addiction?)

Meanwhile, my number of monthly Amazon orders pales in comparison to how often I click on WashingtonPost.com.

I lived in the D.C. area for 30 years starting in the late 1970s and I grew accustomed to reading the “dead tree edition” that arrived on my doorstep each morning. Even though, in my estimation, the paper was extremely biased against Republicans, it was still a “must read.” (And for the record, bias was admitted by the Post ombudsman in her famous “An Obama Tilt in Campaign Coverage” assessment just four days after the 2008 presidential election.)

That was about the time — having moved from the Washington area anyway — that the Post dropped off my daily reading list, supplanted by Politico, which I felt offered more in-depth political coverage.

In 2013, Bezos personally bought the ailing newspaper for $250 million (billionaire chump change). The signal that his investment was positively impacting the Post website occurred when I started receiving those irritating page blocks with the message, “You have reached your monthly limit of free articles.” (So pay up!) And now I do just that at $14.99 a month, with the much-improved site once again part of my regular media diet.

And dear Jeff has become part of my regular diet too after he bought Whole Foods for $13.7 billion in 2017. The grocery chain is mocked as “Whole Paycheck” for its absurd over-pricing, and I have never been a big fan. As a political conservative, I always felt as if I was in enemy territory with the stores’ in-your-face, leftist-liberal, “green new deal” kind of attitude (years before Miss AOC popularized the phrase).

Pre-Bezos, if anyone wore a red Make America Great Again cap in Whole Foods, they ran the risk being kidnapped and buried alive in a tub of organic granola.

Post-Bezos, I feel slightly more welcome, but not enough to shop regularly (although my credit card statement, which reveals that I spent $168 there last month, disagrees.) And it bugs me that I was encouraged to download the Whole Foods App linked to my Amazon Prime account as a special “savings” incentive. Now, my buddy Jeff knows what my husband and I ate a few times last month, and God only knows what he is doing with that dinner data.

To recap, “Big Brother” Jeff knows the products we order, the articles we read, the food we eat, and what we watch on his Amazon Prime Video. (By the way, I enjoyed “The Marvelous Mrs. Maisel,” so thanks, Jeff.) But at least he has not been eavesdropping on all of my conversations because we don’t have Amazon Alexa.

And this should be a good week for my capitalist comrade to earn some additional pocket change. Uber is going public, and Jeff had an early $3 million personal stake that could be worth $400 million.

Yes, it infuriates me that one man should have such broad economic power and know so much about my consumer behavior. But I gave him that power, and exhibit “A” is all the charges on my credit card account.

Furthermore, our national leaders can’t technically call his empire a monopoly because it is horizontally diverse with active competition in every category. But I am concerned about how this never-before-seen economic power translates into personal political power. Moreover, does he have any plans to leverage that power? (One can only imagine a Bezos presidential campaign message: “I created hundreds of thousands of high-paying jobs and more wealth for more people than any of my opponents.”)

In the meantime, for all of us who willingly patronize King Jeff’s creations — making him $149,000 richer every minute — the following summarizes the state of our union:

I pledge alliance to the empire of the United Companies of Amazon and to the Prime from which it ships, one company, under Bezos, indivisible, with products and services for all. 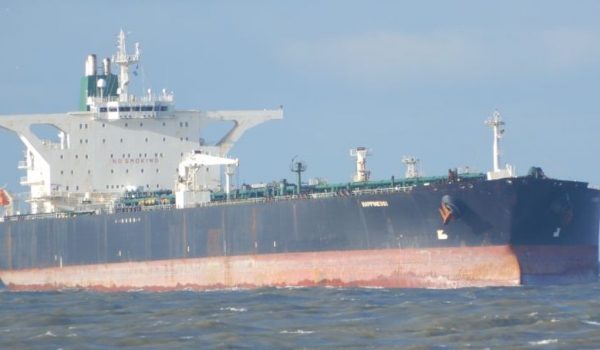