Nobel prize-winning economist and New York Times columnist Paul Krugman is famous for his predictions. On Election Night in 2016, her made this prediction:

You might suppose, given Trump’s record on the economy over the past two and a half years, that Krugman would have modified his prediction. But you’d be wrong. Late last month, he was a guest on CNN, where he told host Anderson Cooper, “If you’re not terrified that Trump might be re-elected, you’re not paying attention.”

When Krugman isn’t busy forecasting the future, he finds time in his hectic schedule to dump on Donald Trump for reasons wholly apart from the crumbling economy.  On Monday, for example, the day when the president presented the Medal of Freedom to golf legend Tiger Woods, Krugman harrumphed sarcastically:

I'm old enough to remember when Presidential Medals of Freedom were given for showing courage and making sacrifices on behalf of the nation and the world. Tiger Woods … hits golf balls for money https://t.co/dYmWPVljL9

This time Krugman shared his Trump disapproval on Twitter, which may have been a mistake, because Twitter, for all its faults, is an open forum where other people with other points of view can weigh in. Among those who did was conservative commentator Tammy Bruce, who tweeted:

Everyone is old enough to remember when… you’ve always been a biased #hypocrite pic.twitter.com/XtVEeTRhJt

Would you feel the same if President Obama had given him the medal? And you don’t think, as a black man, who has reach the heights he’s reached and had an amazing comeback, doesn’t deserve this? If you were a conservative, people would be screaming ‘racist’.

Finally, there is this list of individuals who received Medals of Freedom under Barack Obama, one of whom — nota bene — was a golfer: 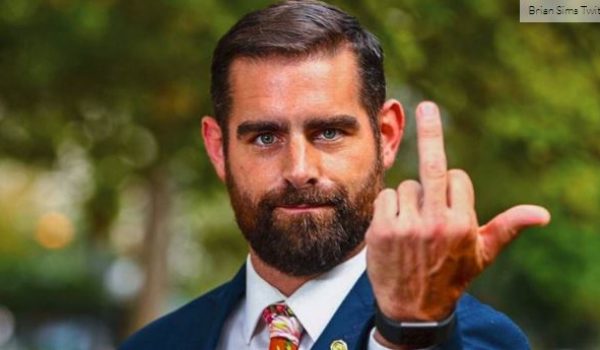 Dem Rep. who harassed pro-lifers on video has meltdown when hit with criticism
Next Post
Ocasio-Cortez marvels over ‘food that comes out of dirt. Like, it’s magic’