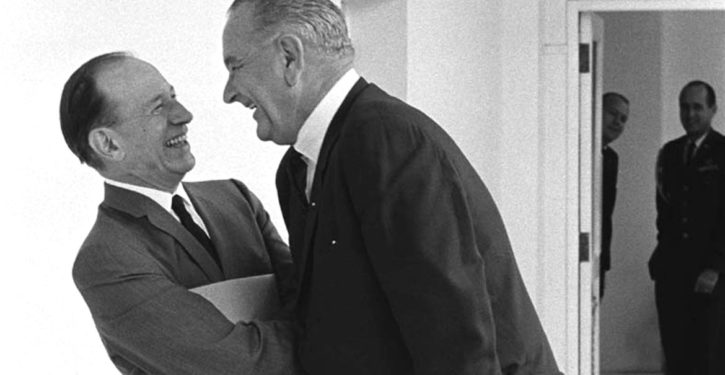 The best historical example demonstrating how our presidential election cycle has been extended to the point of absurdity is from March 31, 1968. In a nationally televised address about the Vietnam War, President Lyndon B. Johnson dropped a political bombshell by announcing, “I shall not seek, and I will not accept, the nomination of my party for another term as your president.”

LBJ was weary of the war’s divisiveness and the toll it had taken on his presidency. Moreover, he was certain he would lose re-election because, according to Gallup (the gold standard of polling in 1968), his March job approval rating was around 41% with 52% disapproving.

By comparison, President Trump’s current RealClearPolitics job approval polling average is 43% with a disapproval rating mirroring LBJ’s at 52.7%. Even if Trump’s popularity dipped even lower, five decades later it would be unfathomable for an incumbent president to voluntarily withdraw seven months before Election Day.

By no means am I suggesting that Trump take a page from LBJ’s playbook. Nevertheless, rapid demographic changes in the composition of electorate indicate that Trump’s re-election will be difficult despite the tremendous benefits of incumbency that the last three presidents leveraged to their advantage.

Republicans like to crow about how a strong economy will propel Trump to a second term. Often cited is a March unemployment rate of 3.8%, a strong stock market, 2.9% GDP growth in 2018, and a jaw-dropping 3.2% growth in the first quarter of 2019.

Still, it is instructive to remember that President Obama was re-elected in November 2012 with a floundering economy. In 2012, the GDP grew by only 2.2% (but up from 1.6% in 2011). The unemployment rate – slowly descending from a high of 10% during his first year in office — was 7.9% the month before he soundly defeated Mitt Romney.

Conversely, if Obama could win with such weak numbers, it is not illogical to think that Trump could lose with a robust economy. Moreover, considering that Election Day 2020 is 18 months away, any number of cataclysmic events could impact the national economy in the blink of an eye. (Often noted is that Trump has yet to face a mega-crisis test of his leadership that could define his presidency.)

At this writing, it appears that former Vice President Joe Biden has the best chance of defeating Trump — by about 6 percentage points, according to several recent general election match-up polls. On Monday, you could practically hear alarms sounding at GOP headquarters after a new Emerson Poll showed Biden defeating Trump in Texas by 1 point. Furthermore, and especially revealing, was gender data from last week’s Politico/Morning Consult match-up poll, where Biden bested Trump nationally by 8 percentage points.

The survey found that Biden won women’s support by 45% compared to 28% for Trump. Since it is still so early in the campaign calendar, 22% of women had “no opinion or don’t know.” But given the results, here is a little exercise in projection and comparison:

If we divide that 22% of “no opinion” women equally between the candidates, then Biden “wins” 56% of women compared to 39% for Trump.

How do those percentages of women’s support compare to the final results of the 2016 presidential election?

In 2016, Hillary Clinton won 54% of women compared to 41% for Trump. Hence, the Politico/Morning Consult Poll potentially shows that in 2020 Biden could win women by 2 percentage points more than Clinton did.

When looking at how the men “voted” in the Politico/Morning Consult poll, 41% went with Trump and 38% for Biden. Interestingly, only 16% of men either had “no opinion or don’t know.”

Again, dividing that 16% equally between the two candidates shows Trump winning 49% of men compared to Biden’s 46%.

This mid-April 2019 polling data could prove to be a dangerous bellwether for the president given that in 2016 he won 52% of men compared to 41% for Clinton.

Plainly stated, if all such match-up polls continue to find that Biden narrows the male gender gap in what has always been Trump’s strongest voting bloc, then Republicans must hope and pray that Biden does not win the Democratic nomination.

In the face of these disastrous early indicators, it is nonetheless highly unlikely that Trump will take drastic action similar to LBJ’s more than a half-century ago. After all, and unlike Trump, LBJ was a longtime party leader before John F. Kennedy tapped him as his running mate in 1960.

LBJ’s surprise withdrawal stemmed from both the fear of a primary defeat and concern that if re-nominated, a potential general election loss would inflict down-ballot damage on his beloved party.

LBJ’s sacrifice was proved partially correct by the election results. Although GOP presidential nominee (and former vice president) Richard Nixon defeated incumbent Vice President Hubert Humphrey in what was the most volatile postwar year in America political history, the Democratic Party managed to retain control of both chambers of Congress with strong majorities.

Surely no one expects Trump to make a similar sacrifice for the sake of the Republican Party if polls foretell electoral disaster. (I can hear my GOP friends laughing: Similar to 2016 polls?) 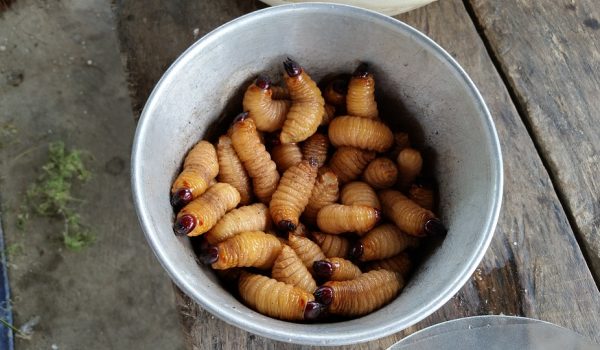