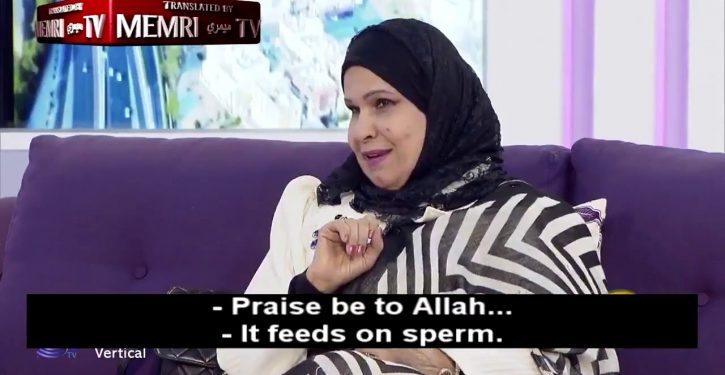 It gets better. The suppository works by killing off “semen-eating worms” (who knew?) and is based on Islamic “Prophetic Medicine” (you can’t get much more scientific than that).

The inventor of the alleged therapy, Dr. Mariam Al-Sohel, is a resident of Kuwait, where, according to The Jerusalem Post, homosexuality is a crime under the emirate’s “debauchery” law. Violators face lengthy prison sentences.

I discovered therapeutic suppositories that curb the sexual urges of boys of the third gender as well as the fourth gender, which is butch lesbians. They have excessive sexual urges…

… So what I did was to produce suppositories which are to be used by certain people at a certain time and it cures those urges by exterminating the worm that feeds on sperm. The ingredients are the same [for both sexes], but I made them in different colors. … We start the patient on a balanced diet when the treatment begins. It is a balanced diet of bitter, sour, salty, and sweet foods in order to cleanse the body of poisons.

The diet for the third gender — the male ones — consists of foods that increase their masculinity and build muscle. Any food that is buried underground provides men with stability, strengthens their muscles, and increases their masculinity. Bitter foods increase masculinity.

In the video, which follows, Al-Sohel also emphasizes that “this is science, and there is nothing to be ashamed of.”

Ordinarily, in the face of reports like this, liberals would find themselves on the horns of a dilemma, having to choose between aligning with one of two warring “protected classes,” as they did most famously in the case of a Muslim barber who refused to cut a lesbian’s hair. But this time, the choice seems simple.

Tatchell did push the envelope by noting that Al-Sohel’s “medicine” is “another outrageous Islamic-inspired attempt to eradicate same-sex desires. This academic is mirroring failed Nazi attempts to cure homosexuality.”

He crossed a line altogether when he asserted:

The fact that Muslim broadcasters take this junk pseudo science seriously shows how dogmatic religion is the enemy of knowledge, truth and human rights.

Calling Islam “dogmatic” and “the enemy of knowledge, truth and human rights” may ruffle a few feathers. Stay tuned for further developments 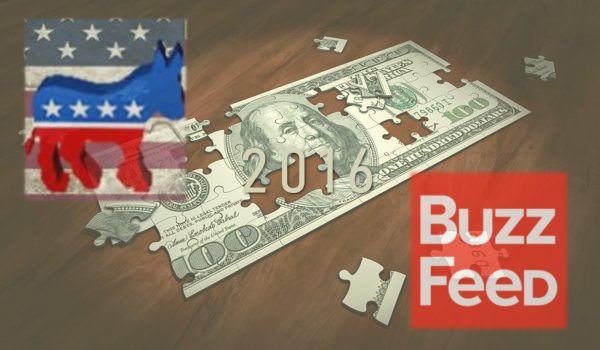 Why did Dems’ top big-donor PAC pay BuzzFeed $1.5 m during 2016 campaign?
Next Post
Paul Krugman: If you’re not terrified that Trump might be re-elected, you’re not paying attention