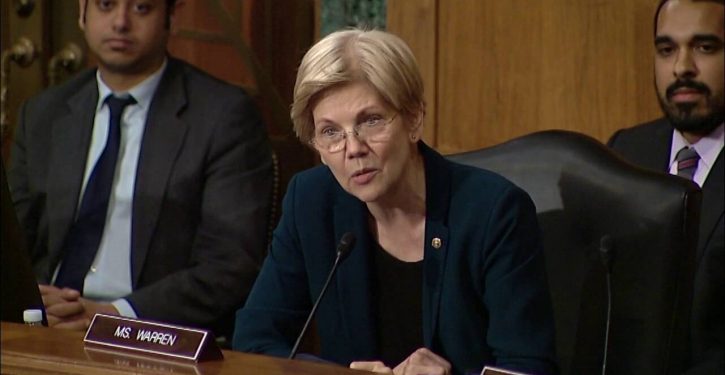 Elizabeth Warren wants to use your tax dollars to pay off the student loans of some people, but not others. She estimates the cost of her plan at $640 billion. Critics say there are marriage penalties and work disincentives built into her plan that will result in unfairness and make her plan more costly than estimated. It is not clear where Warren would find the money to pay for it: While she has proposed a wealth tax and other tax increases, such taxes would not begin to pay the cost of other spending Warren has already endorsed, such as the Green New Deal (which a think-tank estimates would cost $90 trillion, four times the size of our economy) and reparations (which the New York Times says could “cost several trillion dollars“).

At National Review, Robert VerBruggen says Warren’s plan “discriminates against people who paid off their loans early” — like VerBruggen’s own wife — “as well as older borrowers who have been making payments for longer.” He also raises concerns about “the fact it would subsidize even people making six-figure incomes,” and about “the marriage penalty inherent in using ‘household income’ to set the thresholds.”

It’s also worth noting that the people with the highest student loan debt tend to be professionals, whose costly educations increased their earning power, and who will make more money in the future than most of the population. It is not clear why someone with a bachelor’s degree who paid off their loans should be taxed to pay off the student loan debt of a lawyer or doctor. But under Warren’s plan, that would happen, and America’s future ruling class would have much of its student loan debt written off at taxpayer expense.

Here’s an example of how that would work. Many Harvard Law School graduates go on to clerk for a year or two for a federal judge or Supreme Court justice after graduating. (I did this after graduating from Harvard in 1994). Their pay while clerking is not very high, but they do it partly because it results in a higher salary later. For example, after a recent law school graduate clerks for a Supreme Court justice, a law firm will give him a six-figure signing bonus, and a six-figure salary. Given their lifetime of wealth, why should the taxpayers pay off their student loans, they way Elizabeth Warren would? But judges’ clerks would be eligible under her plan, because their income as clerks would be far less than $100,000, the threshold under which her plan gives recipients the maximum possible student loan forgiveness.

It could create some bad incentives: Len Burman of the Tax Policy Center said that the way Warren’s debt cancellation phases out for those with incomes between $100,000 and $250,000 “would create a strong work disincentive” and could potentially have some strange effects. “For example, well-paid young people with $50k in loans might quit their job when annual income reaches the phaseout threshold and take a vacation partly financed by their loan abatement,” he tweeted. “The labor market distortion could be avoided by stating at the outset that the amount of forgiveness will be based on prior-year income. Or it could be reduced by spreading the loan forgiveness over several years.”

It could drive up tuition: “Universities will continue to do what they’ve been able to do for decades, and that’s increase tuition, because they [will] know there are policies like debt-cancellation and loan forgiveness,” Lindsey Burke, the director of the Center for Education Policy at the conservative Heritage Foundation, told The Atlantic. “They enable universities to be as profligate as they always have been.”

It would be unfair, and could create a moral hazard: What about the people who chose to go to a less expensive school, or who made other life decisions in order to be able to afford college and student loans? “There are those who may have taken higher-paying jobs they didn’t necessarily want to pay off loans. And there are those who have cut expenses to the bare bones to pay off loans while watching their friends with similar salaries eat out and travel and deprioritize paying off loans,” The Washington Examiner’s Philip Klein wrote, sparking a Twitter backlash. “Those who were more responsible will feel justifiably enraged at the idea that those who may have been more profligate will now get a bailout from the government.”

The federal government provides more student loans and spends more money on higher education than it used to, but colleges just raise tuition to match the increased spending. That’s the conclusion to be drawn from a 2015 report by the Federal Reserve Bank of New York: “On average, the report finds, each additional dollar in government financial aid translated to a tuition hike of about 65 cents. That indicates that the biggest direct beneficiaries of federal aid are schools, rather than the students hoping to attend them.” Forgiving student loans will magnify that effect further, enabling colleges to expand wasteful spending on more administrative buildings and administrative staff.

Colleges have spent much of the increased tuition they now charge students on vast armies of college bureaucrats and administrators. By 2011, there were already more college administrators than faculty at California State University. The University of California, which claimed to have cut administrative spending “to the bone,” was busy creating new positions for politically correct bureaucrats even as it raised student fees and tuition to record levels. As the Manhattan Institute’s Heather Mac Donald noted in 2011:

This spending is not helping students learn. College students today are learning less than they used to, and their vocabularies are shrinking and becoming more limited. 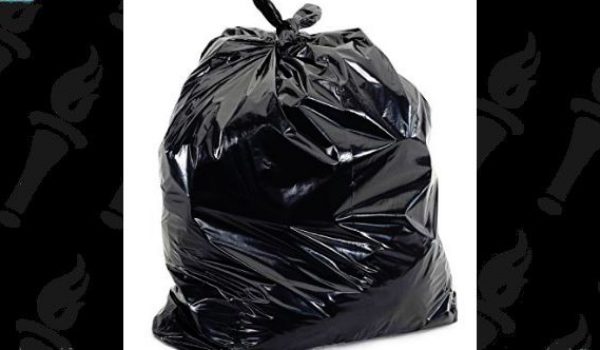 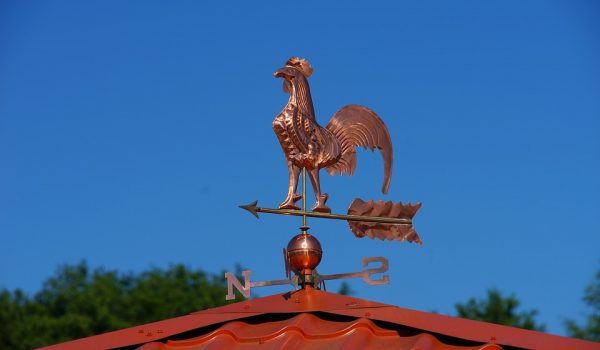