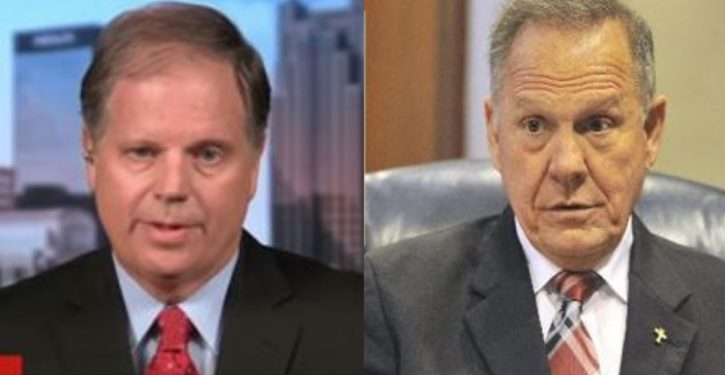 Special counsel Robert Mueller’s report suggests Russia’s troll job likely paved the way for Democratic officials who would eventually go on to create a similar campaign ahead of the 2018 midterm elections.

The size, scope, and tactics the Internet Research Agency (IRA) used to troll social media users in the U.S. leading up to the presidential election are virtually identical to those a slew of Democratic operatives allegedly used before a 2017 midterm election in Alabama. The IRA kicked off its ploy in 2014, when operatives focused on Facebook, Twitter and YouTube users to tilt them toward polar political positions.

IRA created Twitter accounts in the names of fictitious U.S. grassroots groups and used them to pose as anti-immigration groups, Tea Party activists, Black Lives Matter protesters, among other conservative advocates, according to the report. The technique, which included creating conservative-sounding accounts like @TEN_ GOP, was designed to get some groups within the U.S. animated as elections neared.

IRA ultimately worked to support then-presidential candidate Donald Trump at the expense of the president’s 2016 opponent, former Secretary of State Hillary Clinton, the report notes. The group’s reach was expansive and required a mixture of trolling and social media marketing expertise.

The troll farm, funded in part by Russian companies Concord Management and Consulting and Concord Catering, for instance, purchased advertisements from Facebook that promoted IRA groups on news feeds inside the U.S. The group bought over 3,500 ads, with the expenditures totaling $100,000, Mueller’s report noted, citing information Facebook reported in 2017.

One post from an account called “Being Patriotic” promoted what appears to be a phony event in Pennsylvania for “Miners for Trump” and advocated for coal-mining jobs. Another alleged that former Secretary of State Hillary Clinton has a 69 percent disapproval rate among all veterans and detailed accusations related to the 2012 Benghazi attack and the U.S. Department of Veterans Affairs

Facebook also announced in 2017 that the content likely reached 126 million users, though that number is often misconstrued.  It is difficult to determine how many people saw any of the posts, as Facebook users are inundated with nonstop content from a variety of places.

Whether Americans saw the posts might be irrelevant given the sheer amount of media attention devoted to the efforts. News about Russian trolling and the hacking of Democratic operative John Podesta’s emails was partially responsible for Mueller’s investigation, which absorbed the bulk of the past two years.

Most of the information cited in Mueller’s report has been previously reported, yet the memo itself is a comprehensive document flushing out the full range of Russia’s trolling. (RELATED: Here Are Two Of The Russian-Brought Facebook Ads That ‘Helped Sway The Election’)

Democratic operatives appeared to borrow similar techniques in the intervening years. A trove of reports published in January show that two Obama-era officials were partially responsible for a misinformation campaign designed to derail Republican Roy Moore’s 2017 senatorial campaign in Alabama.

Two wealthy Virginia donors who wanted to defeat Moore funded an anti-alcohol project, according to a person who worked on the project and who spoke on condition of anonymity. The project was one of two $100,000 campaigns designed to help Moore’s Democratic opponent, Doug Jones, who barely won the 2017 special election. Both projects cost the same amount as the ERA campaign but were designed to suppress conservative zeal.

Operatives with New Knowledge, a group affiliated with operative Mikey Dickerson, created thousands of Twitter accounts posing as Russian bots to boost the election-year chances of Jones. The accounts began following Moore’s Twitter account in October 2017. The project created a slew of Facebook accounts as well that were designed to troll conservatives into opposing Moore.

Experts believe the campaign didn’t do much to affect the election. Regardless, the misinformation project attracted attention from local and national media, falsely suggesting Russia was backing Moore’s candidacy. The Montgomery Advertiser, for one, was the first to cover the story using the Russian-bot angle. National media outlets quickly followed suit.

The Washington Post obtained a document in January from one of the operatives involved in the Alabama ruse that described the so-called “Project Birmingham” as being “a digital messaging operation to influence the outcome of the AL senate race.”

Jones, who narrowly defeated Moore, has previously stated that his campaign was unaware of the project and is also calling for an investigation into who is behind the antics. Dickerson has not responded to The Daily Caller News Foundation’s request for comment about the nature of the project.

Romney says ‘sickened, appalled’ by view of Trump team depicted in Mueller Report
Next Post
Dems’ refusal to let go of Russiagate will hurt them in 2020