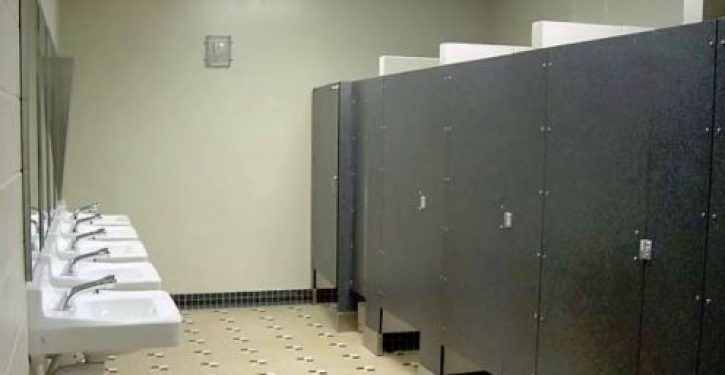 People from different sides of the ideological spectrum will react differently to this story, but perhaps we can all agree on one point: that the move to accommodate people who believe they were born into the wrong body is happening a little too fast. Were it not for the now-widely-accepted practice of allowing school-age children to relieve themselves in the bathroom of their choice, the three heterosexual males who brazenly entered the girls’ bathroom at an Alaska high school might have decided otherwise or at least confirmed that the facility was empty. As it turns out, it wasn’t, and the sole occupant — a female — claims the boys blocked her exit, and, fearful of what might happen next, she kneed one of them in the groin. Now she has been expelled.

The Washington Post reports the incident arose when the three boys, upset over a selfie snapped in the boys’ bathroom by a student transitioning from female to male, decided to take their own selfie in the girls’ room “as a [form] of protest.”

Fox Fairbanks affiliate KTUU spoke with Tammie Wilson, a member of the Alaska House of Representatives, who is sympathetic with the girl and thinks the punishment is too severe. “If you ever feel threatened, for your safety, whatever force you think you have to go give, I will stand by you and so will your community, and not for those boys who were where they didn’t belong,” Wilson told the station.

According to the Post, the girl’s family plans to appeal the expulsion.

But to avoid such incidents in the future, schools and their Democratic enablers need to slow down their push to empathize with young people who say they feel trapped in the wrong body. For one thing, the science isn’t on their side. Despite the American Psychological Association’s purely political decision to declassify gender dysphoria as a disorder, Paul R. McHugh of Johns Hopkins University, one of the nation’s leading researchers on transgenderism, has claimed repeatedly that “transgendered men do not become women, nor do transgendered women become men.” Clinical psychologist and sex researcher James Cantor further asserts based on research that “very few trans- kids still want to transition by the time they are adults. Instead, they generally turn out to be regular gay or lesbian folks. The exact number varies by study, but roughly 60–90% of trans- kids turn out no longer to be trans by adulthood.” 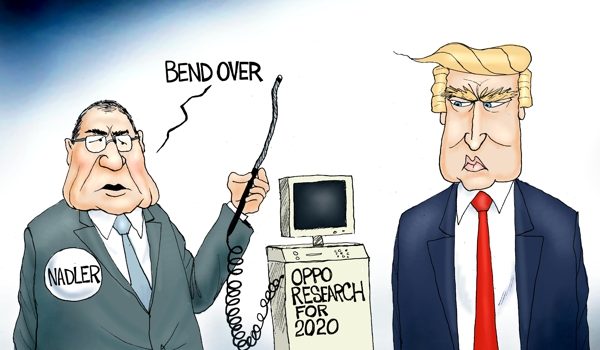