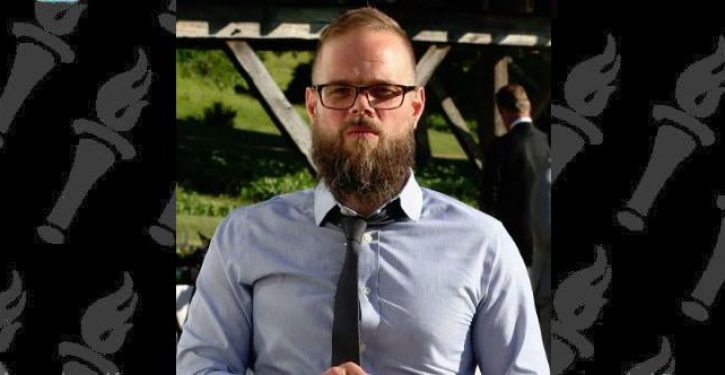 A lot of people these days probably wish they had urinated in Bill Kristol‘s food: The former Fox News contributor and founder of the now-defunct Weekly Standard has made plenty of enemies on the Right since an abnormally severe bout of Trump Derangement Syndrome transformed him into a raving RINO zombie. But few of those people work for the Boston Globe, which some still consider a reputable paper.

One who does, opinion writer Luke O’Neil, began a Wednesday op-ed with “regrets” over “not pissing in Bill Kristol’s salmon” before tearing into freshly ousted DHS Secretary Kirstjen Nielsen for being a “reluctant triggerman for Donald Trump’s inhumane policies of ethnic cleansing.”

I can’t say why O’Neil lamented not spoiling Kristol’s dinner because the article, which was initially defanged by the editorial staff, appears to have since been scrubbed altogether. A link to the piece still shows up in search results at bostonglobe.com, but if you click on it, a “Page not found” message is returned.

O’Neil’s bad wishes for Nielsen also centered on mealtime. “Keep Kirstjen Nielsen unemployed and eating Grubhub over her kitchen sink” the original headline read. His obsession with food as punishment continued in the body of the article, in which he wistfully recalled the good old days not so long ago when Nielsen and other cabinet members were chased out of restaurants by rowdy protesters.

“It was the last time I remember being proud to be an American,” he wrote, adding:

It was also one of the only times it seemed like any of the architects of this ruinous xenophobic pre-pogrom might be forced to contend, however briefly, with the consequences of their policy decisions.

Give O’Neil credit for being one of few liberals willing to concede that “much of our mistreatment of migrants was ongoing long before the Trump gang came along,” a crime for which he recommends:

Throw the Obama-era lot in prison too, for all I care. At the very least, throw them out of a restaurant.

But deduct points for his being another loose cannon making a mockery of the once-noble profession of journalism.

After years of pushing ‘collusion’ myth, Chuck Todd rips Barr for ‘gaslighting’ country with ‘conspiracy’
Next Post
Michael Avenatti will not be running for president, at least for the next 333 years