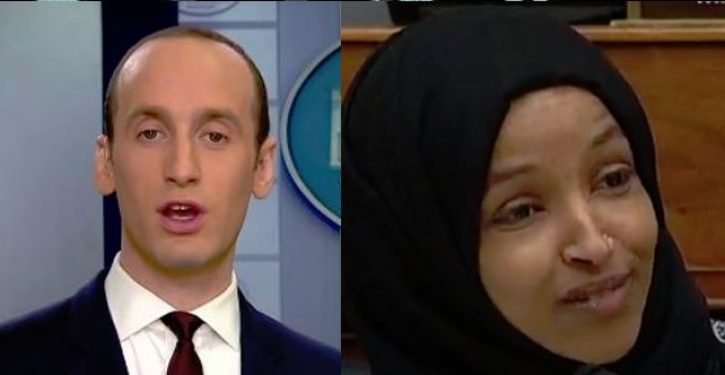 Yeah, that’s logical. The Minnesota representative, the House’s first Somali-American, previously accused pro-Israel Americans of having duel allegiances and asserted that pro-Israel members of Congress are bribed by lobbyists. When pressed to apologize for her bigoted remarks, she made a half-hearted effort, then turned around and dumped on Jews and Israel all over again.

And now yesterday she claimed in a tweet that Trump adviser “Stephen Miller is a white nationalist,” adding that “the fact that he still has influence on policy and political appointments is an outrage.” This woman knows all about outrageous behavior.

A number of Twitter users pointed out the Miller is Jewish, which would make him self-hating if her were also a white nationalist. But in fairness to Omar, the claim that Miller is a white nationalist didn’t originate with her. So where did it come from? From Splinter News, which notes parenthetically:

According to CNN’s Kaitlin Collins, Miller—the president’s white nationalist policy advisor—had been personally lobbying Trump to jettison [Ronald] Vitiello [who the president had selected for the next head of Immigration and Customs Enforcement agency before suddenly withdrawing his nomination]. [Emphasis added]

And who owns Splinter News? None of than Univision, whose star anchor, Jorge Ramos, has said it’s OK for illegal aliens to use fake IDs because illegals are “here to benefit our lives.” 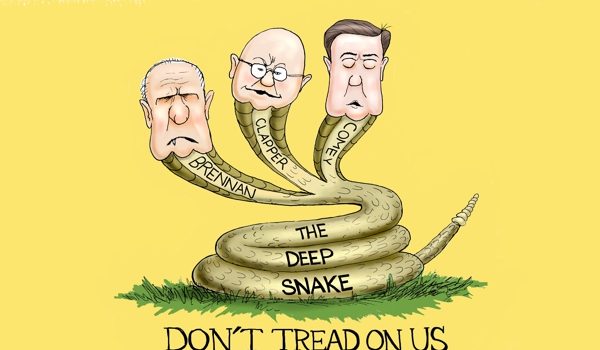 Cartoon of the Day: Out from the shadow
Next Post
Top House Republican wants Robert Mueller to testify ‘immediately’