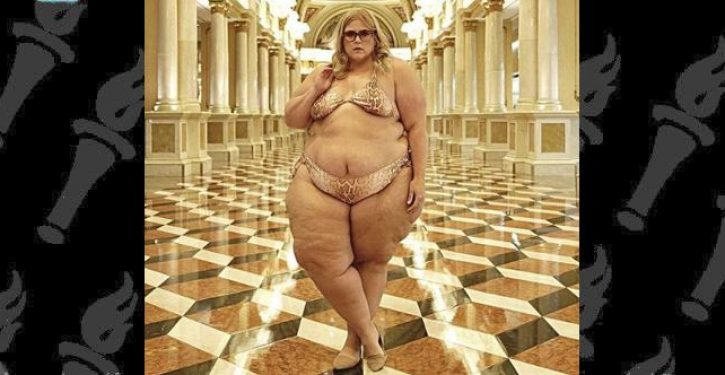 The good news — at least if you own Procter & Gamble stock — is that subsidiary Gillette’s controversial Super Bowl ad has not redounded to a drop-off in the sale of their razors, according to Fortune. The bad news, if you  own P&G stock, is that “Gillette, which P&G bought for $54 billion in 2005, continues to struggle to keep its dominant market share in men’s grooming from newer brands like Harry’s and Dollar Shave Club.”

Perhaps with an eye toward courting its secondary market — women — Gillette is back with another round of virtue signaling. Like its January ad, which preached the ills of toxic masculinity, bullying, and harassing women, this new campaign touches on the politically correct taboo of body shaming by depicting “plus-size” model Anna O’Brien in a too-skimpy bikini. Beneath the photo is the campaign tag line “Get out there and slay the day.”

O’Brien, who regular readers might remember from her scantily-clothed appearance in Times Square in 2018, is a leader in the “fat acceptance” movement, which combats social stigmas against being overweight. She is also the founder of Glitter and Lazers, a fashion blog for “big-boned” women.

So what exactly is Gillette’s message this time? Lest you think it’s limited to advocating acceptance of obese women, another tweet explains it’s all about “diversity”:

Venus is committed to representing beautiful women of all shapes, sizes, and skin types because ALL types of beautiful skin deserve to be shown. We love Anna because she lives out loud and loves her skin no matter how the “rules” say she should display it ????

But the website Bored Panda spots a problem with this approach:

[T]heir attempt has its share of critics who claim that the company is normalizing an unhealthy life. Similar to what other companies with super skinny models are doing, just on the other end of the spectrum.

This marketing move … reignited a heated discussion about body size and eating disorders. According to the National Eating Disorder Association, 20 million women and 10 million men will suffer from an eating disorder at some point in their lives in the United States. “Eating disorders are serious, life-threatening illnesses that affect all kinds of people, regardless of gender, ethnicity, size, age, or background. In fact, eating disorders have the second highest mortality rate of all mental health disorders, surpassed only by opioid addiction.”

So far, reactions on Twitter have not gone Gillette’s way. One commenter riffed on the tagline to the company’s January campaign “The best a man can be”:

Others were more directly critical: 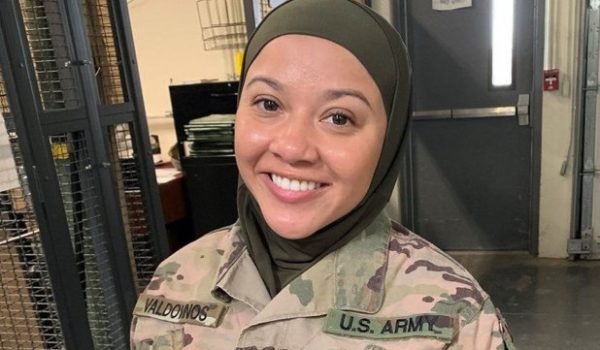