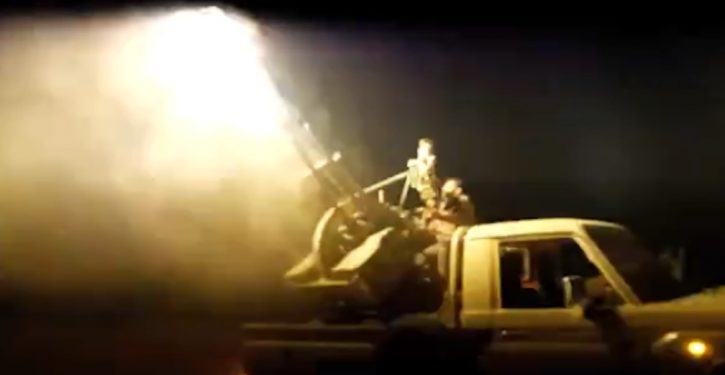 It’s probably coincidental that two major developments converged on the holiday of Purim – the commemoration of Jews’ salvation from genocide in the book of Esther – to thwart Iran’s consolidation of a land bridge across Iraq and Syria to the Mediterranean, and Israel.

President Trump probably didn’t have Purim in mind, at any rate, in pursuing the policies that produced the two developments.

But converge they have.  And although Trump may not have been thinking of Purim with the timing of his announcement on Thursday, 21 March, about recognizing Israeli sovereignty over the Golan Heights, he was assuredly thinking of the other, related development.

After 52 years it is time for the United States to fully recognize Israel’s Sovereignty over the Golan Heights, which is of critical strategic and security importance to the State of Israel and Regional Stability!

The other development is the (nearly complete) annihilation of ISIS on its previously-held territory in Syria.

Final #ISIS Stronghold Reportedly Liberated—The main leaders of ISIS who still survive have not yet been captured. They reportedly ABANDONED their men in advance. https://t.co/kDibwt69Np via @epochtimes

The two pockets of ISIS resistance that remain hold no defensible terrain (reportedly a pair of tactical positions in Baghouz), but the SDF with the lead role on the ground wasn’t quite prepared to declare victory as of midday Thursday.  That said, ISIS’s hold on territory in Syria is broken, for every meaningful purpose.

Last piece of territory in #Baghouz still held by #ISIS where most of the current clashes are ongoing. pic.twitter.com/AKsxW6k5oW

These two U.S. policy events are closely connected.  Geographically, they are at opposite ends of southern Syria.  In strategic terms, they mark the key waypoints for Iran in using her long-sought land bridge to build up a “correlation of forces” against Israel.

ISIS Caliphate two years ago in red vs. ISIS Caliphate TODAY. (Was even worse in November 2016 before I took office). pic.twitter.com/MUgfex4rCj

I’ve been writing about this for a number of years, and laid it out most recently in an extensive post in 2017.  I am reproducing two maps from that post for illustration, but please visit it for additional views and commentary.

The main point I made in 2017 was that the U.S, if we wanted to stabilize the region, needed to “block the center” of Iran’s land approach to Syria and the Mediterranean.  It wouldn’t be good enough to hold territory through allies (i.e., the Kurds) to the north of the center, in Raqqa.  Even if our allies – Syrian coalition forces – also held territory south of the center, on the border with Jordan, leaving the Euphrates Corridor that defines the center of the land bridge to Iranian dominance would be unsustainable over time.

What we did not want to do, I argued, was let Iranian-led forces be the ones to roll up ISIS between the Iraqi border and Deir-ez-Zor.

In 2017, outside of a brief surge of interest when the battle for Deir-ez-Zor heated up (in August-September), the battle for eastern Syria pretty much dropped off the radar of the Western media.  It was obvious when that tactical confrontation intensified that Iran indeed meant to gain control of the Euphrates Corridor in that crucial segment.

The U.S. did three important things in 2017-2018 that shifted the correlation of forces, including the combat momentum, in our coalition’s favor.  One, we made it clear with less than a handful of tactical demonstrations that we would not allow Russia to interfere with our coalition’s operations south of Deir-ez-Zor.  Russia did not, it turned out, want to push the point in that area badly enough to get into a faceoff.

Two, we quietly continued to hold the territorial base used by our coalition between the Euphrates and the southern Syrian border, and operate from it to attack ISIS along the Euphrates.

And three, we increased the profile and operating posture of our coalition forces at the Al Asad Air Base outpost in Anbar Province in Iraq.

The last point is as vital as the others, because our presence and intent to operate between Al Asad and the Syrian border meant that Iran’s Shia militia proxies, which had been surged to the border for the fight around Deir-ez-Zor, did not have a decisive military advantage in western Iraq.  They didn’t own Anbar Province outright.  With an operationally significant coalition presence in the area, we held an implicit veto over whatever Iran might want to try.

Between August 2017 and March 2018, ISIS was rolled up from Deir-ez-Zor to the Iraqi border: the crossing between Al-Bukamal and Al-Qaim.  That last small area is the one ISIS was flushed out of this week.  And it was flushed out not by Iran-backed proxy militias but by the U.S.-backed coalition.

It appears that Trump sent his tweet about recognizing Israel’s sovereignty over the Golan Heights very shortly after it became clear that ISIS’s last holdouts were cooked.

It has been clear for some time now that Iran has been eyeing the Golan as a gateway to military leverage over Israel.  A year ago, Iran was using a group of newly improved bases south of Damascus to support artillery and drone operations that kept “straying” across the UN monitoring zone to menace northern Israel.  These events included the intrusion of a “flying bomb” drone into Israeli air space just south of the Sea of Galilee.

During much of 2018, Israel launched air strikes into Syria to attack the Iranian bases south of Damascus, and the bases in remote eastern Syria where Iran was bringing in and garrisoning the weapon systems deployed to operate from the front-line bases.  Israeli sovereignty in the Golan allows Israel to dominate those bases south of Damascus.  Iran can’t have a free hand there to prepare or execute surges of any kind, whether with drones, artillery, or special forces.

It’s worth noting that in going after the imported Iranian arms at depot level – i.e., at the Tiyas T-4 air base – Israel was also able to affect the fight in eastern Syria.  When new shipments were destroyed, Iran had less to use in the fight south of Deir-ez-Zor.  Bashar al-Assad’s forces had less Iranian support to count on.

But the U.S.-backed coalition had the lead in much of that fight, and was waging it off the front pages.  We may always have to wonder if Trump made sure the final push in eastern Syria remained off the front pages by tweeting in December 2018 that he intended an abrupt, complete pullout from Syria.  The tweet certainly diverted the public debate on Syrian topics away from the local battlefield, and toward Trump’s intemperate, irresponsible jumpiness.

Since December 2018, the public declarations of U.S. senators and experts in the punditry have seemed to back Trump into a modified position of keeping a force of some 1,000 troops in Syria, instead of pulling out altogether.  The interesting thing is that this effect was produced by a lot of other people arguing for that policy, even without a new authorization from Congress for the use of military force (AUMF).

Trump would have had a lot of blowback trying to make his own argument for keeping troops in Syria without a new AUMF – the instrument putatively needed to justify a continuing presence after the defeat of ISIS.  There was little chance, if he wrote the script, of his getting a new AUMF from a hostile, Democrat-led House of Representatives.

But now he has consensus buy-in – shaped by the demands of his critics – for 1,000 troops to support holding the center of Iran’s land bridge pathway.

He had that first.  Then U.S. armed forces and the coalition delivered the ISIS territorial roll-up that culminated in blocking Iran’s land bridge.  Now our coalition holds key terrain at the border crossing, at least to the extent that Iran is not in control of it.

Then Trump capped it all by announcing that the U.S. would recognize Israel’s sovereignty over the Golan Heights.

Timing.  It was certainly key to the original story behind Purim: a story that unfolded in the ancient Persian Empire.  Notably, the outcome of the story in Esther was as good for Persia as it was for the Jews who were saved from a genocidal plot (if not so good for some factions inside Persia, including powerful actors in the Persian court).  Beyond that, I commend to you both stories, from the 5th century B.C. and the A.D. 21st century, as food for thought on this Purim in 2019.  In today’s case, how much of the timing could have been orchestrated by human foresight is something readers will have to decide for themselves.

Assad, Hezbollah, Hamas, the wild card of Turkey, the chronic vulnerability of Lebanon, the disruptive ideology of ISIS, an unstable and provocatively radical Iran, sponsoring insurgencies around the region — all of these factors are still in play.  But what has been averted, for now, is the consolidation of an Iran-dominated land bridge from the Zagros Mountains to Damascus and Tartus, subject to steady militarization and made increasingly defensible by time and political momentum.  With U.S. recognition of Israeli sovereignty in the Golan, the vector of geomilitary momentum will shift significantly.  The consequences for the radical regime in Iran are likely to be bigger than we imagine today. 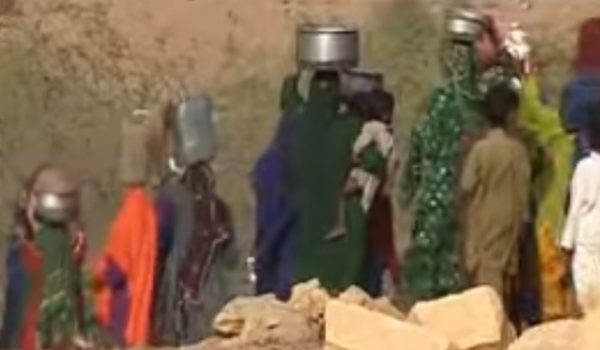