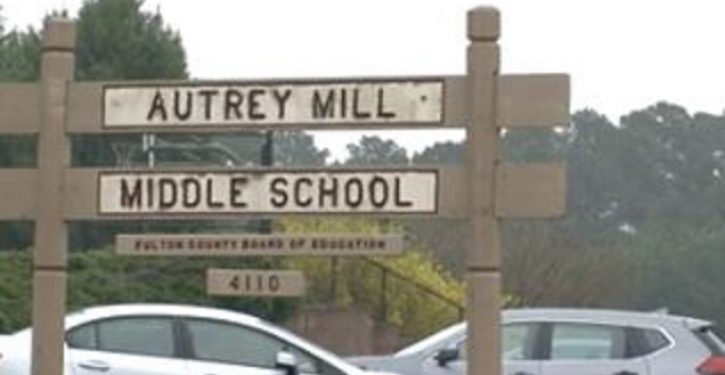 If you were to ask Rep. Rashida Tlaib to find the error, she’d tell you there isn’t one. A similar map of the Middle East was photographed hanging in Tlaib’s office shortly after her swearing in. (Tlaib also up until recently followed an Instagram account that brands Jews as rats, vampires, and Nazis, but that’s another story.)

Here is the map that was displayed at Autrey Mill Middle School in Alpharetta, Ga. on March 7, which was multicultural night:

In case geography is not your strong suit, the country in red has appeared on maps as “Israel” since 1948.

The effrontery of displaying a map that shows Israel labeled “Palestine” is amplified by the fact that this occurred in a middle school, where it would be seen by young, impressionable children. Unless of course that was the design of whoever was responsible for the map. As one Jewish mother put it, according to NBC affiliate WXIA:

Kids who saw this or anybody that was exposed to this last night that doesn’t even know what the story is behind all this, right now, thinks this is the map of Palestine.

Another is quoted as saying:

Israel wasn’t mentioned on that map at all. They basically wrote Palestine in the place of Israel. They, the Palestinians, talk about from the land to the sea, which means having all the Jews wiped away and the Palestinians on the land instead of the Jews.

The district released a statement noting that an investigation is underway.

Fulton County Schools was made aware of an insensitive political and geographic display at Autrey Mill Middle School’s recent Multicultural Night. This event is hosted by families and staff with the intent of celebrating different cultures and nationalities. We condemn the negative and extreme political agendas these symbols represent. We are investigating this incident, and will take all necessary actions to find the individual(s) responsible and hold them accountable. 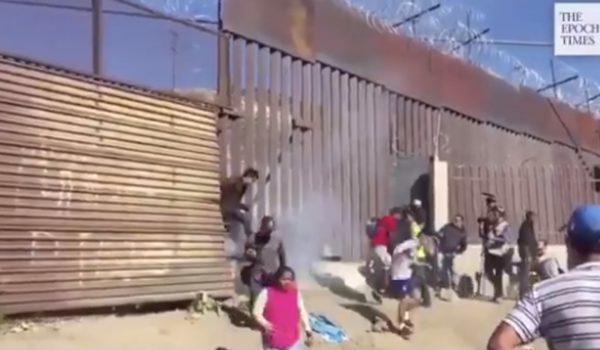 DHS on pace to nab 100,000 illegals at border this month
Next Post
Beto once pranked his wife by putting baby poop in a bowl and telling her it was avocado