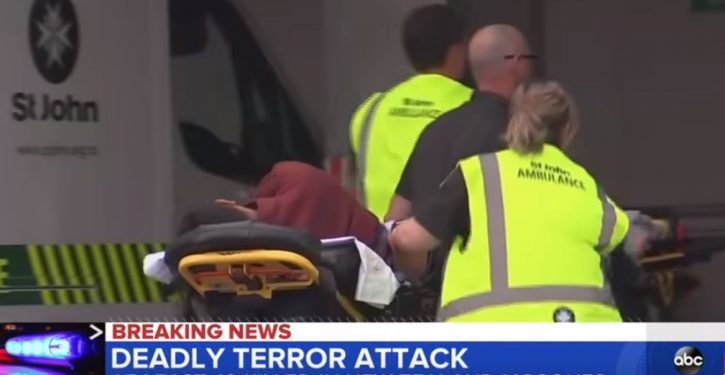 There wasn’t much of a chorus on this point after the appalling attack on the mosques in New Zealand on Friday. But a few high-profile pundits did make it: the assertion that we need to embargo these killers’ names, faces, writings, backgrounds and so forth from publication, so that they can’t attain the gratification of notoriety.

I’m all for denying terrorists gratification. But there’s something that matters more, and that’s the public knowing the truth.

Unfortunately, the only way to know it now is to have the original information available to the public.

The media have too much of a history at this point of misrepresenting the facts to us.  They have a history of glossing over the facts altogether, and simply stringing together series of prejudicial talking points to flog an agenda.  We can’t trust them to give it to us straight.  They too often deliver it with spin, and if they can’t spin it, they are too often simply silent, even though there are relevant facts to be reported.

Why did you edit Trump's quote?

He said: "I don’t really. I think it’s a small group of people that have very, very serious problems.” https://t.co/hmIOjZEQjG

Compare the @Wikipedia description of the “fine people” fake news from Charlottesville to the actual transcript. Not even close. pic.twitter.com/yzwR5IVgQC

The media don’t always engage in these practices.  And some are better than others.  But the media exhibit these patterns so often that we can’t assume they are reliable.

A case in point with the New Zealand massacre is the media calling the main gunman, Brenton Tarrant, a “white supremacist.”  They also call him a “white nationalist,” using these terms interchangeably.

The two expressions have been deployed in almost all of the mainstream media’s “straight” reporting.  Opinion talkers on the news networks then go on to further discuss Tarrant as a white-racist “fascist,” neo-Nazi, and far-right extremist. 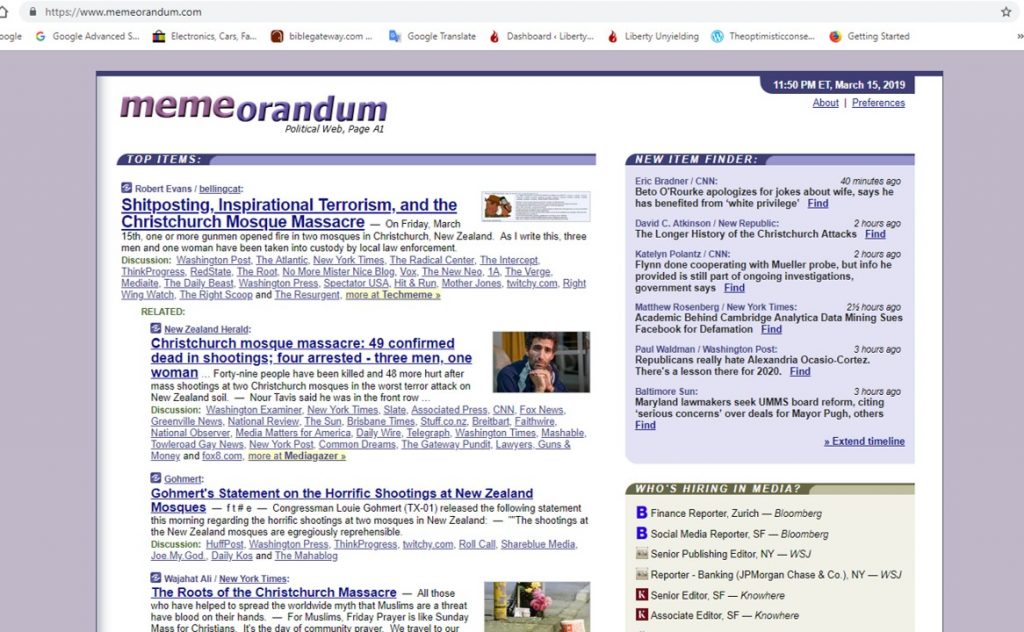 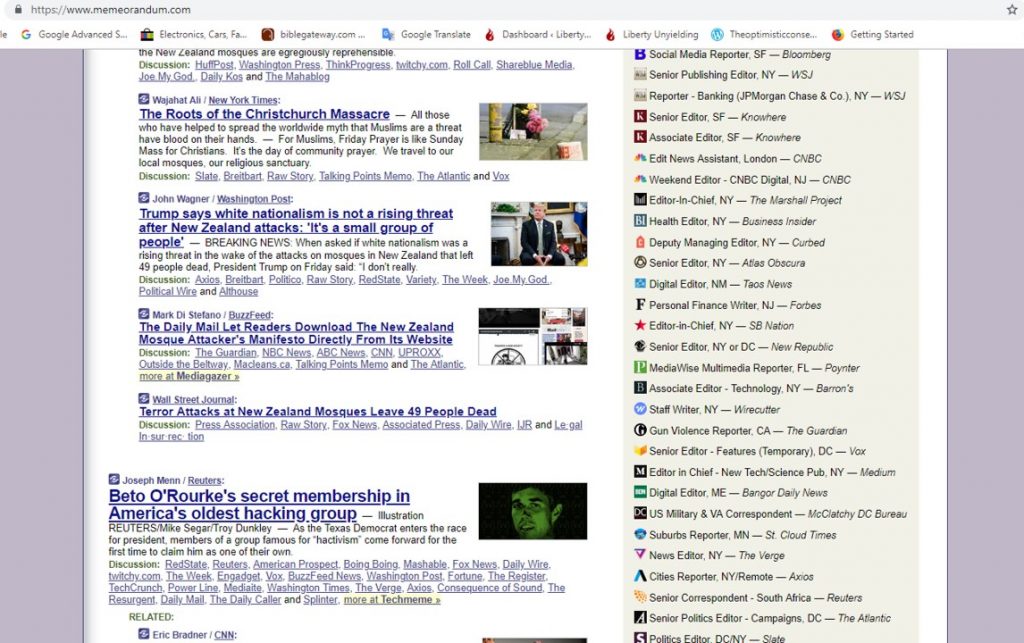 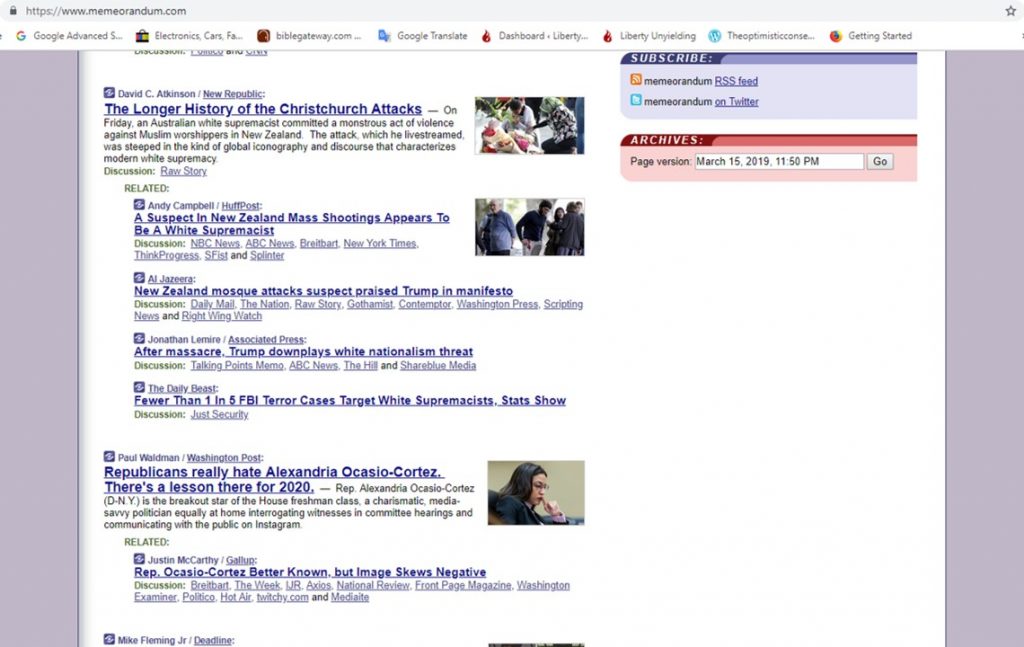 Yet if you read Tarrant’s manifesto – turgid and repellent as it is – you discover that he is not actually any of these things.

That is no excuse for him.  He has evil, vicious ideas.  In fact, the truly significant thing about his ideas as expressed in the manifesto is that there is no systematic ideological or philosophical underpinning for them.

Tarrant’s basic idea might be best summarized in his own terms, as a self-described ethno-nationalist and eco-fascist.  He doesn’t express animosity toward other races, or make any arguments about superiority over them.  He explicitly says people of all races or ethnic groups should have their nations and live unmolested within their borders.

That he isn’t viewing this as a special prerogative of “whites” is evident in his choice of Communist China as the nation whose guiding principles he feels the most affinity for.  In his feral, amoral way, he is accurate about the historical preference of China for cultural and ethnic homogeneity.  He admires it over the philosophy of “diversity” embraced by the post-modern West.

Nowhere in his manifesto does Tarrant make the argument that white Europeans are superior to others, or that they should naturally exercise any form of “supremacy.” He does advocate a particular viewpoint of German Nazism, however: eco-extremism, which vaunts the “needs” of the environment over those of human beings, and seeks ways to demonize classes of people deemed inconvenient to nature.

But that’s not considered by today’s Left to be a hallmark of Nazism.  Tarrant calls himself an eco-fascist because he thinks humans should be – in essence – bludgeoned through collective pressure, or force, into sacrificing individual desires for a natural environmental order.  The mainstream media won’t touch that one, because it’s too close to the truth about the Left’s view of man’s relation to the environment.  The public would never know Tarrant called himself an eco-fascist – as if it’s a good thing – unless independent journalists and bloggers had access to his original manifesto.

The point here is not that the killer is less evil if we can’t accurately call him the names used by the media.  He and his beliefs are evil through and through.

The point is that calling him what he actually is highlights the reality that other people, whom the media may want to defame by association, are not like him.  The media conveniently call a lot of people white supremacists, white nationalists, neo-Nazis, and so forth, although very few of the people referred to in this way actually are those things.  If we let the media be the guardians of the “facts,” it’s astonishing who will turn out to be a “white supremacist,” and therefore just like Brenton Tarrant, or at least an enabler of him.  (E.g., everyone from Herman Cain to Zuhdi Jasser to Chelsea Clinton.)

If we want to genuinely learn something from this horrible attack, we should get back to the point about the lack of underpinning for Tarrant’s “argument.”  There isn’t an underpinning: no appeal to an authoritative morality or set of priorities.  He just says that (a) foreign, non-European people, in particular Muslims, have high birth rates; (b) they’re migrating into non-Muslim nations, where the birth rates have fallen dramatically; and therefore (c) he wants to kill the migrants in order to foment larger conflict, apparently with the idea that doing so will cause groups of like-minded people to choose separation from other groups, rather than amalgamation.

Kill the migrants? Where did that come from?  Tarrant doesn’t bother justifying it with a systematic moral appeal.

By contrast, actual white supremacists are seldom found advocating massacres.  They have a subtler, invidious approach to ideas about separating “the races.”  Moreover, their discourse is obsessively about race distinctions and grievances.

Tarrant’s is not.  The weird grotesquerie of his manifesto is that it focuses so starkly on homicide as a strategy, without lingering over page upon page of manufactured grievances against classes of enemies.  Indeed, the people Tarrant speaks most trenchantly against are Westerners who, in his view, just want to succumb to a fate of dying out on a rapidly degenerating planet.

If Tarrant is like anyone, it’s the Norwegian killer Anders Breivik (whom Tarrant alludes to).  Breivik was hard to classify as well.  To me the two seem like casualties of a post-modern amoralism, finding no comfort in what their culture has come to and determined to “fight” with lethal force, although they can make no argument that either a fight or lethal force is morally justifiable.

That’s why – to complete the circle here – the public must have access to the original, unfiltered information about this killer, and any others who may come.  More and more people understand viscerally that the mainstream media in 2019 are trying to sell us a false, politically cynical narrative about a jumble of “white ‘-isms.’” People know, even if they don’t have the hyperlinks handy the way professional bloggers do, that Trump and many other Republicans are incessantly lied about and defamed, in order to associate them with the narrative of “white ‘-isms.’”  The trust factor on this is already veering toward a justified skepticism of the media agenda.

But it isn’t enough to understand that.  We have to know more than what isn’t true.  We need to know what is.  Hardening us against terrorist attacks will never be about imposing greater secrecy, less public knowledge, and enforced uniformity of opinion.  Rather, it will require the opposite: populations empowered with accurate information, and a sense of responsibility and competence.

For that, the only solution is sunlight.  The people can handle knowing who these killers are and seeing their depraved maunderings in manifestos. What would kill us is not the ugly truth, but the impossibility of a benign vacuum in its absence. What would kill us is what fills the vacuum when truth is withheld; that is, the ready predator of a great lie. 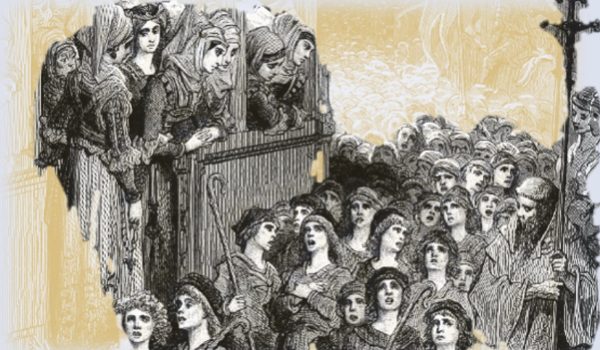 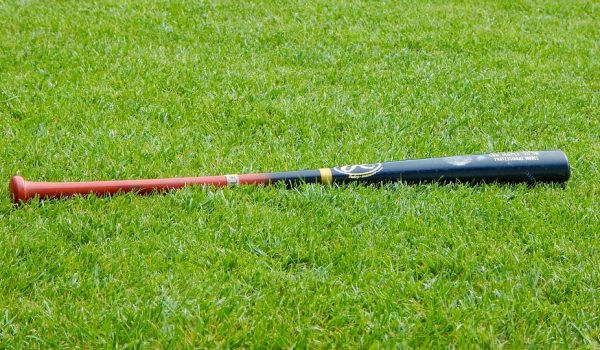