Progressives will do harmful, foolish things to “own the cons.” In Michigan, a transgender activist burned down his own home, killing his five pets, in a hate crime hoax intended to make social conservatives look bad. He burned his pets to death to “own the cons.”

Young, “woke” intellectuals also do perverse things to “own the cons.” Libertarians claim to support free minds and free markets — and most actually do support these things. But some pretentious younger “libertarians” and “market liberals” don’t actually care much about free markets at all. They act like progressives in disguise. Reflecting the politically correct indoctrination they were subjected to in college, they prefer being “woke” and politically correct to actually supporting smaller government. They back left-wing Democrats in elections against pro-free-market Republican candidates. They do this even when it involves a Republican seeking to continue policies that have given a state a high rank in both personal and economic freedom.

The classic example of this was the 2018 Florida governor’s race between Republican Ron DeSantis and Democrat Andrew Gillum. Florida scores higher on economic freedom and low taxes than most states. Libertarians themselves rate Florida highly on personal freedom as well: the Cato Institute’s Freedom in the 50 States ranks Florida number 1 overall, and number 11 in personal freedom. In 2018, it had both a Republican governor and Republican legislature. Republican policies leading to a relatively free state is a factor that Libertarians could logically view as a reason to prefer Republicans to Democrats.

In 2018, Florida Democrats nominated as their candidate for governor Andrew Gillum, the corrupt, left-wing mayor of Tallahassee. Gillum was later rejected as too extreme by Florida voters. As I discussed last year, Gillum was very radical: His government health care plan alone would have cost Florida $200 billion per year, far more than the entire current state budget. Gillum supported a $15 minimum wage, which would have wiped out countless jobs in low-living-cost, low-wage areas of Florida, and bankrupted thousands of businesses.

But logic tends to lose out to virtue signaling, especially among Millennial intellectuals. Young self-described Libertarians who write about trendy or cultural issues or libertarian philosophy (rather than the real economy or the lives of ordinary people) exhibited a preference for Gillum, despite his leftist, statist stances. This no doubt was due in large part to the fact that Gillum is African-American. Their twitter accounts were full of tweets attacking DeSantis as a racist and quoting Gillum’s sayings (as they continue to do even today). Young libertarian think-tank employees are much more politically correct than their elders. The editor of Libertarianism.org emits leftist-sounding argle-bargle about “systemic racism” and “structural racism” permeating our society, and tweeted about how “all decent people should turn their backs” on the GOP.

Similarly, Gillum was supported by Will Wilkinson, a former fellow at the leading libertarian think-tank. Wilkinson retweeted Gillum’s tweets like a star-struck fan. When Gillum tweeted “Let me be perfectly clear: if we vote, we win,” on November 3, 2018, Wilkinson enthusiastically retweeted it with “yes we will.” But Florida voters made sure Gillum lost. (Wilkinson no longer claims to be a libertarian at his current think-tank, the Niskanen Center, but does still claim to be a pro-market “neoliberal.”).

Meanwhile, Wilkinson baselessly claimed that Gillum’s opponent, Republican Congressman Ron DeSantis, was an “ethno-nationalist extremist.” But Florida voters elected DeSantis governor in 2018 precisely because his positions on the issues were not extreme at all. DeSantis’s policies are largely a continuation of the policies of his predecessor, two-term Republican Governor Rick Scott, except that DeSantis seems to have more of an environmentalist tinge. DeSantis is so mainstream that most moderate Democrats approve of him in public opinion polls. As Aaron Blake of the Washington Post notes, 59% of Florida voters approve of DeSantis, while only 17% disapprove. And 42% of Democrats approve of his job performance, while only 28% disapprove.

As a commenter pointed out, DeSantis was neither extreme nor a white nationalist, contrary to Wilkinson’s claim:

Two of the three people DeSantis appointed to the Florida Supreme Court are Hispanic (Carlos Muniz and Barbara Lagoa). This debunks Will Wilkinson’s bizarre claim on Twitter that DeSantis is an “ethno-nationalist extremist.”

Far from being extreme, DeSantis’s policies appear to be a continuation of Rick Scott’s policies in the realm of economics, crime, civil litigation, and education.

Wilkinson was so happy when Barack Obama was elected President that he literally “cried” with joy. Never mind that Obama’s election made possible a major expansion in government control over the economy, through Obamacare and the Dodd-Frank Act.

But Will Wilkinson has advocated giving up in the fight against rising government spending, claiming that such a fall in government spending “never happens in countries with political systems like ours.” But as Canada’s example illustrates, it does happen. Wilkinson’s claim seems to be an attempt to rationalize recent increases in government spending caused by the very politicians he himself helped elect. Wilkinson is haunted by the hobgoblin of “white supremacy,” which he sees hiding under every bed. He imagines it lurking behind many popular free-market causes: he even sees a yearning for white supremacy as being behind the populist appeal of principled, pro-free-market, libertarian-leaning politicians like Senator Rand Paul.

Why do people at supposedly pro-market think-tanks — like Wilkinson — support corrupt, anti-market candidates like Gillum? The great economist Joseph Schumpeter argued that “intellectuals tend to have a negative outlook of capitalism, even while relying on it for prestige, because their professions rely on antagonism toward it.” If this is true, then perhaps intellectuals who mostly dislike the free market will label themselves as pro-free-market in order to attract donations from wealthy but gullible donors who like the free-market.

Wilkinson has referred to “odious fusionists” — people who advocate an alliance of pro-free-market and socially-conservative people. He would apparently prefer to lock conservatives out of government by creating an alliance between progressives and socially-liberal people who support the free market. But that has never worked: What unifies the Democratic Party is not social liberalism but economic interventionism and the welfare state. The Democrats are internally divided on cultural issues, not economics. The Democratic Party has no long-term use for pro-free-market people, no matter how socially liberal. Democratic leaders view their “libertarian” supporters as useful idiots.

The public figured this out long ago: As Reason Magazine notes, in 2016, 52% of socially liberal, fiscally conservative voters cast their ballots for Trump, while only 40% of them voted for Clinton. They knew Clinton was much more hostile to free markets than Trump, and they chose Trump as the lesser of two evils.

Fusionism — allying with social conservatives — is the only way that free-market reformers have ever achieved anything, in most countries. After World War II, the West German and Italian economic miracles happened after free-market intellectuals allied with the socially-conservative Christian Democratic Party to unshackle the economy and fuel economic growth. These coalitions were necessary, but they required unpleasant compromises: Italy’s Christian Democratic Party was corrupt and heavily infested with the Mafia in Sicily and parts of southern Italy. West Germany’s Christian Democratic Party appealed to ex-Nazis by hiring ex-Nazis for security posts, and by enacting “a law that restored back pay, pensions, and advancement to civil servants who had served under the Nazi regime.” Those civil servants included the drafter of that law, the Chief of Staff to West Germany’s Chancellor. In 1935, he had helped the Nazis draft the infamous Nuremberg Laws.

But the alternative — the Left taking power — would have been worse. So free-market reformers allied with reactionary nationalist elements in order to create a free and prosperous society.

Similarly, in the United States, the pro-free-market Republican leader, Sen. Robert Taft, worked with the socially-conservative southern Democrat Harry F. Byrd, Sr., to block increases in government regulation and any major expansion of the welfare state. Because the Democrats nominally controlled Congress during much of this period, it was necessary to create informal coalitions of Republicans and conservative southern Democrats to protect the free market. Taft did not hesitate to work with social conservatives like Byrd to protect the free market, even though Taft strongly supported civil-rights for African-Americans, while Byrd was an avowed segregationist and architect of “Massive Resistance” to the Supreme Court’s decision in Brown v. Board of Education.

Libertarians and socially-liberal, fiscally-conservative people are nowhere near a majority. So to win, they must enter into coalitions with others. To protect the free market that is the source of most of humanity’s progress over the past century — including the incredible fall in world poverty rates over the last generation — libertarians must work with social conservatives to protect the free market. This necessary collaboration is known as the Republican Party.

For all its flaws, the GOP of today is far less odious to social liberals than it was in the past. Republican President Eisenhower presided over a witch-hunt that cost thousands of gay federal employees their jobs, driving some to suicide. In 1955, he instigated and carried out the deportation without due process of at least 300,000 Mexicans, the largest mass deportation in American history and a process so hasty that American citizens of Mexican ancestry were sometimes deported by mistake:

In Texas, 25 percent of all of the immigrants deported were crammed onto boats later compared to slave ships, while others died of sunstroke, disease and other causes while in custody.

Others died after being deported to Mexico, of disease or malnutrition, because Mexico was so much poorer back then than it is today. Trump has not done anything on this scale.

The Democratic Party is hostile to the free market, more hostile than it ever has been in American history, judging by opinion polls. Democrats have a favorable view of socialism, by an 18% margin, according to a recent Zogby poll. According to a Gallup survey, 57% of Democrats have a positive view of socialism, while most do not view capitalism favorably. In 2018, Democratic primary voters replaced several Democratic legislators with avowed socialists in safe Democratic seats. Proposals backed by most Democratic Presidential candidates would cost tens of trillions of dollars. For example, the Green New Deal, which has an estimated price tag of $50-90 trillion. That’s twice to four times the size of our entire economy. 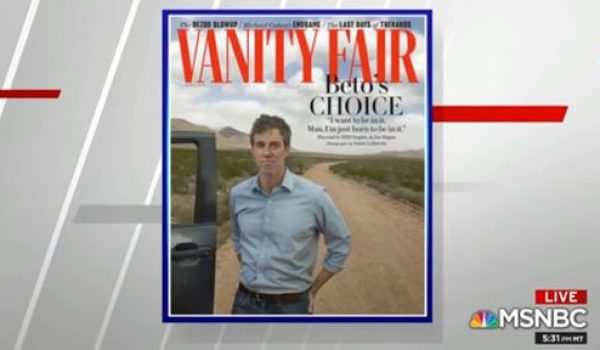 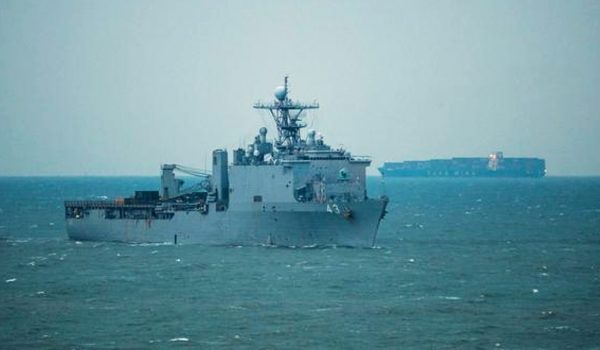