A growing number of think-tank employees pretend to be pro-free-market, while supporting bad politicians who want to take away our freedoms, by supporting huge increases in the cost and size of the government.

A classic example is Will Wilkinson. He is the Vice President for Research of the Niskanen Center, a supposedly pro-market think-tank that is variously described as “moderate” or “libertarian,” despite advocating policies that are mostly backed by progressives. Wilkinson has repeatedly endorsed or praised the Democratic politicians most hostile to the free market, such as Massachusetts Senator Elizabeth Warren and the corrupt Tallahassee Mayor Andrew Gillum. At the same time, he fancies himself to be a “neoliberal,” a term which, in academic circles, means a class of people “tending to favor free-market capitalism.”

Will Wilkinson has been a cheerleader for Senator Warren, who has relentlessly sought to expand the size of the government and its control over people’s daily lives. He claimed her policies were “market-friendly” and that the Republicans were “doomed” for failing to recognize this. He said this for months in his pinned tweet linking to his praise for Warren in a New York Times op-ed. In reality, Warren is anything but market-friendly. She supports the Green New Deal, which would massively increase government control over the economy. The Green New Deal would cost about $65,000 per year per household. A think-tank estimates its overall cost at at least $50 trillion and up to $90 trillion — which would be four times the size of the entire U.S. economy. Elizabeth Warren also supports race-based reparations, which the New York Times says could cost taxpayers “several trillion dollars.”

Like Wilkinson, Warren pretends not to be a leftist, even though she is further to the left than he is. “I am a capitalist,” claims Warren, who is a leading contender for the Democratic presidential nomination. “I believe in markets.” But, as Reason Magazine notes, that was a “funny” thing for her to say given her actual record of constantly attacking the free market: “She’s called for a “wealth tax” that would target households with over $50 million in assets and introduced the Accountable Capitalism Act, which would force corporations with over $1 billion in annual revenue to get a national charter and give employees the right to vote in 40% of a company’s board of directors.”

The “Accountable Capitalism Act” was called “socialist and unconstitutional” by the Heritage Foundation. It would shrink the stock market by trillions of dollars and reduce the value of workers’ own pension plans and 401(k) plans. Indeed, a fan of Warren’s plan, Matthew Yglesias of the progressive website Vox, admitted in August 2018 that “literally trillions of dollars of paper stock market wealth could be eliminated” if it were adopted. Warren’s proposal would dramatically increase political cronyism and payoffs to politicians, as companies seek to ensure that they can obtain and keep their charters.

As Reason observes, Warren “was also the driving force behind the creation” of “an Obama-era agency that was widely assailed by free-market analysts as overly intrusive and unaccountable.”

Wilkinson was an even bigger fan of Andrew Gillum, the corrupt, left-wing mayor of Tallahassee, Fla. He was a relentless cheerleader for Gillum in his 2018 race to become governor of Florida. Gillum was rejected as too extreme by Florida voters. As I discussed in 2018, Gillum was very radical: His campaign promises would have bankrupted Florida if they were enacted. Indeed, Gillum’s health care plan alone would have cost Florida $200 billion per year, far more than the entire current state budget. But Wilkinson supported Gillum to the hilt. He would slavishly retweet Gillum’s tweets like a star-struck fan. When Gillum tweeted “Let me be perfectly clear: if we vote, we win,” on November 3, 2018, Wilkinson enthusiastically retweeted it with “yes we will.” But Florida voters made sure Gillum lost.

Meanwhile, Wilkinson baselessly claimed that Gillum’s opponent, Republican Congressman Ron DeSantis, was an “ethno-nationalist extremist.” But Florida voters elected DeSantis governor in 2018 precisely because his positions on the issues were not extreme at all. DeSantis’s policies are largely a continuation of the policies of his predecessor, two-term Republican Governor Rick Scott, except that DeSantis seems to have more of an environmentalist tinge. DeSantis is so mainstream that most moderate Democrats approve of him in public opinion polls. As Aaron Blake of the Washington Post notes, 59% of Florida voters approve of DeSantis, while only 17% disapprove. And 42% of Democrats approve of his job performance, while only 28% disapprove.

As a commenter pointed out, DeSantis was neither extreme nor a white nationalist, contrary to Wilkinson’s claim:

Two of the three people DeSantis appointed to the Florida Supreme Court are Hispanic (Carlos Muniz and Barbara Lagoa). This debunks Will Wilkinson’s bizarre claim on Twitter that DeSantis is an “ethno-nationalist extremist.”

Far from being extreme, DeSantis’s policies appear to be a continuation of Rick Scott’s policies in the realm of economics, crime, civil litigation, and education.

Wilkinson was so happy when Barack Obama was elected President that he literally “cried” with joy. Of course, Obama’s election made possible an expansion in government control over the economy, via Obamacare and the Dodd-Frank Act.

But Will Wilkinson has advocated giving up in the fight against rising government spending, claiming that such a fall in government spending “never happens in countries with political systems like ours.” But as Canada’s example illustrates, it does happen. Wilkinson’s claim seems to be an attempt to rationalize recent increases in government spending caused by the very politicians he himself helped elect. Wilkinson is haunted by the hobgoblin of “white supremacy,” which he sees hiding under every bed. He imagines it lurking behind many popular free-market causes: he even sees a yearning for white supremacy as being behind the populist appeal of principled, pro-free-market, libertarian-leaning politicians like Senator Rand Paul.

Why do people at supposedly pro-market think-tanks — like Wilkinson — support corrupt, anti-market candidates like Gillum? The great economist Joseph Schumpeter argued that “intellectuals tend to have a negative outlook of capitalism, even while relying on it for prestige, because their professions rely on antagonism toward it.” If this is true, then perhaps intellectuals who mostly dislike the free market will label themselves as pro-free-market in order to attract donations from wealthy but gullible donors who like the free-market. 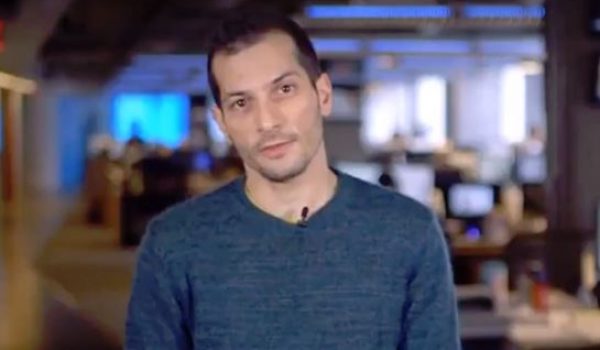 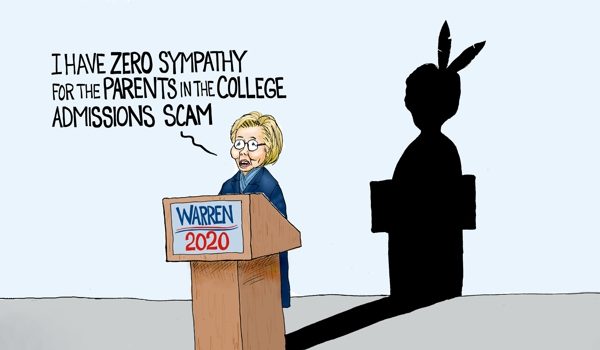