Sen. Elizabeth Warren has collected a lot of cash from big tech employees throughout the past eight years.

News of her willingness to accept cash from people who work at Amazon and Google comes as the Massachusetts Democrat campaigns against Silicon Valley, Politico reported Tuesday.

Warren, who announced her presidential bid in February, accepted a $2,700 donation from Sheryl Sandberg, Facebook’s chief operating officer, the report notes. She also raked in at least $90,000 from employees of Amazon, Google, and Facebook alone between 2011 and 2018.

The donations include only those big tech giants who gave at least $200 during her two Senate campaigns. She is carrying over millions of dollars she raised for the Senate in the last cycle, which ostensibly would include the cash she took from Sandberg and others, to her 2020 presidential run.

Her proposal would impose new rules on Amazon, Google and others, forcing them to reduce dramatically their hold on online commerce. The plan would also aim to curtail mergers between companies like Facebook’s acquisition of Instagram and WhatsApp. She intends to smash Google particularly hard.

Forcing the massive search engine to abandon mergers with the likes of DoubleClick, as Warren has suggested, would seriously harm its ability to pull in revenue. Separating the company from its ad business would make Google ads much less valuable. Her proposal would also prevent Amazon from selling its own products through its platform.

Warren meanwhile has not yet answered questions about whether she will continue to take money from the likes of Sandberg and others whom she now rails against.

“Look, nobody has been beating down the door,” Warren said Sunday in response to a question about Silicon Valley during a “Face the Nation” interview. “But let me be clear, I’m not in Washington to work for billionaires. I’m in Washington to help level the playing field so that everybody gets a chance to get out there and compete.” 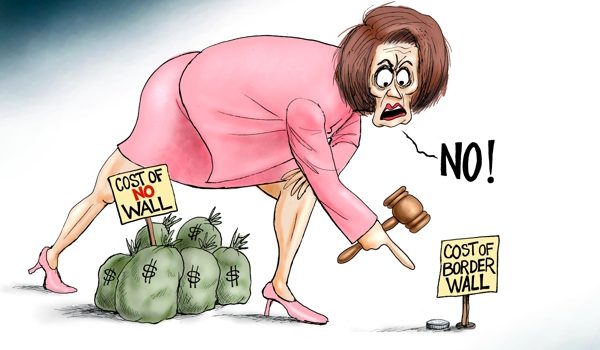 Cartoon of the Day: No crumbs for you
Next Post
Ocasio-Cortez blames oil spill on pipeline that hasn’t been built yet