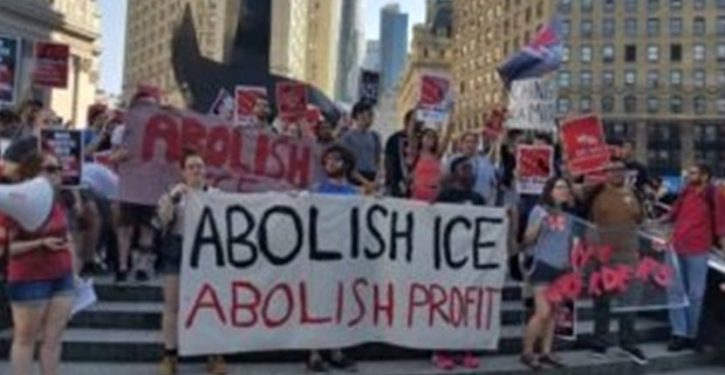 Immigration activists see their campaign to get banks to divest from private prison companies as a backdoor way to abolish U.S. Immigration and Customs Enforcement (ICE) by taking away its capacity to detain illegals caught crossing the southern border.

“It goes even beyond ICE,” Daniel Carrillo, executive director of Freedom to Thrive, told The Daily Caller News Foundation. “Immigration should be a right.”

Freedom to Thrive, formerly known as Enlace, has pushed major financial institutions and banks, including JPMorgan Chase, to divest from private prisons since 2010, Carrillo said. The group’s stated goal is to “end the punishment-based criminal and immigration systems.” 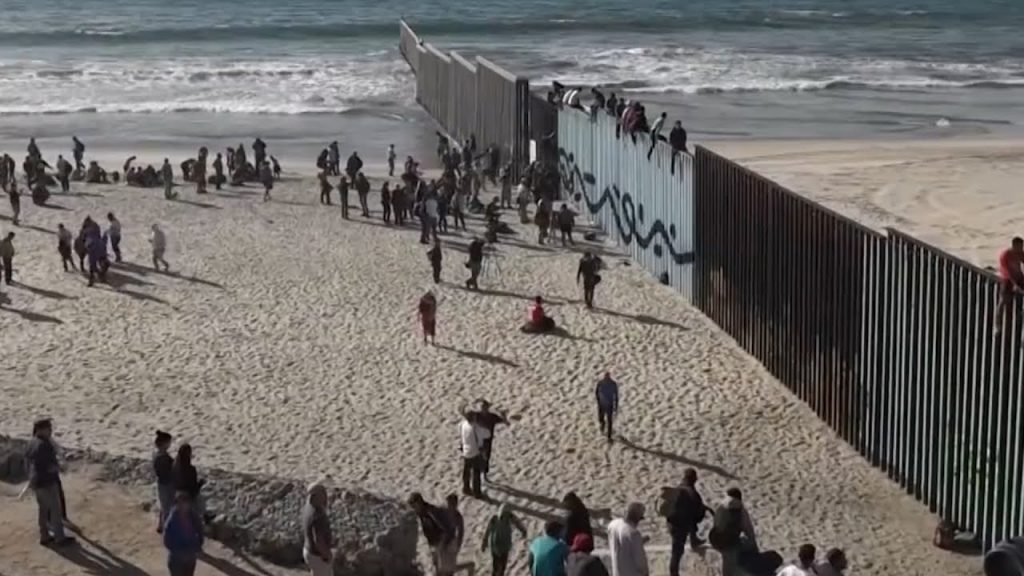 JPMorgan Chase is the latest to stop financing CoreCivic and GEO Group amid activist pressure, following in the footsteps of Wells Fargo and U.S. Bank. Now, Carrillo and other activists want to see Bank of America and others follow suit. (RELATED: Half Of All US Troops At The Southern Border Could Leave This Month)

“We operate with open borders,” Carrillo said with regards to free trade policies. “Why do we draw the line with people?”

CoreCivic and GEO Group have derided the campaign against them as politically motivated and based on a misleading characterization of their work with the Department of Homeland Security.

“These divestment efforts are politically motivated and based on a deliberate mischaracterization of our role as a long-standing service provider to the government,” a GEO spokesman said in an email to TheDCNF. “They also willfully ignore the fact that our company plays absolutely no role in passing, setting, or advocating for or against criminal justice or immigration laws and policies.”

“It is disappointing JP Morgan will no longer have a role in helping to provide similar solutions for our government partners,” Amanda Gilchrist, a CoreCivic spokeswoman, said.

“It is further disappointing that decisions like this are being based on false information spread by politically motivated special interests, who completely mischaracterize our company and the meaningful role we play in solving some of our country’s biggest challenges,” Gilchrist told TheDCNF in an email. “In reality, CoreCivic helps keep communities safe, enrolls thousands of inmates in re-entry programs that prepare them for life after prison and saves taxpayers millions.”

The call to abolish ICE has grown in liberal circles, including among some Democratic lawmakers. With little chance of accomplishing that goal with legislation, ICE opponents are capitalizing on the fervor over Trump administration immigration policies.

Freedom to Thrive and its allies see the private prison angle as an “organizing tool” for their larger agenda to abolish ICE by crippling its private sector partners, Carrillo said. About two-thirds of ICE detainees were in a privately-operated center.

Detention of an illegal immigrants, including families and unaccompanied minors, started under the Obama administration, but only gained national attention in recent years as part of the larger “resistance” to President Donald Trump.

Trump’s declaration of a national emergency at the southern border has only spurred activists to do more to cripple private prison financing.

Activists picketed outside JPMorgan CEO Jamie Dimon’s apartment in Manhattan, drowning out the sounds of the city with recordings of immigrant children crying out for their parents. Activists also disrupted JPMorgan shareholder meetings. The strategy worked.

JPMorgan did not give specific reasons why it made the decision, but media reports widely attributed it to activist pressure.

“JPMorgan Chase has a robust and well established process to evaluate the sectors that we serve,” spokesman Andrew Gray said in an emailed statement. “As part of this process, we will no longer bank the private prison industry.”

In the wake of JPMorgan’s decision, Freedom to Thrive released a celebratory statement saying “on the road towards abolition, divestment is just one stop.”

“We are fighting for full liberation and freedom for all of our communities locked up behind bars in prisons, jails, immigrant detention centers, youth jails, monitored on electronic shackles, and under state surveillance,” the group stated.

“We envision a world beyond prisons, police, and borders,” Freedom to Thrive wrote on a website it manages on behalf of the larger private prison divestment campaign.

“We’re going to hold oversight hearings to make these banks accountable for investing in and making money off of the detention of immigrants,” Ocasio-Cortez said at an event in Queens. “Because it’s wrong.”

That event was hosted by Make the Road New York, another group calling for abolishing ICE and divesting from private prisons used to house illegal immigrants. Make the Road an “essential” force in getting New York City’s sanctuary law on the books, The Nation reported.

Make the Road’s executive director Javier Valdez co-authored an article in The Nation claiming ICE and border patrol agents “tear apart families and lock people in cage” and that most deaths of immigrants in U.S. custody occurred in private detention centers. Activists have also claimed private prisons are used to separate children from their families, but CoreCivic and GEO Group said that’s not true.

“Our company has never managed facilities that house unaccompanied minors, including those who may have been separated from their parents,” the company’s spokesman said.

CivicCore’s Gilchrist said “none of our immigration facilities provides housing for children who aren’t under the supervision of a parent.”

Carrillo said the focus on private prisons was an effective “organizing tool” for immigration activists. Ultimately, Freedom to Thrive seeks a “non-punitive approach” to imprisonment that focuses on what Carrillo called “transformative justice.”

“The alternative is for there to be a path to legalization for folks already here and entering the country,” Carrillo said, explaining the his group’s ultimate goal of scrapping the entire U.S. prison system.