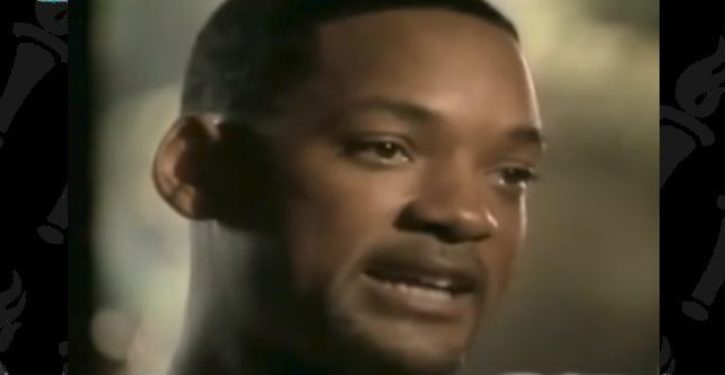 In Shakespeare’s day, performances of his plays were acted solely be men, who played the parts of both male and female characters. Audiences evidently had no trouble using their imagination to make the mental leap necessary to bridge the gap.

Today audiences seem to be a tad more particular about liberties taken in the name of stagecraft. So much so that many are complaining about the casting of Will Smith as the father of tennis greats and sisters Venus and Serena Williams in an upcoming film on the basis of his skin color. That is, Smith is not dark enough.

As the Daily Wire notes. sports reporter Clarence Hill Jr. was among those disappointed with the selection of Smith to play Richard Williams:

Colorism matters..love will Smith but there are other black actors for this role https://t.co/qrV1QuBiJH

Another aggrieved Twitter user asked, “Why is he always cast in roles portraying dark skin men like there aren’t tons of black actors that would make more sense for the role?”

Why is he always cast in roles portraying dark skin men like there aren’t tons of black actors that would make more sense for the role? https://t.co/1VcZyCmwTK

Not that it should matter, but to appease that segment of the population upset about Smith’s shade of brown, the filmmakers could always darken the actor’s skin with makeup.

I suppose it would drive these critics nuts to learn that the role of Othello in productions of the Shakespearean play into the twentieth century was played by white actors wearing dark facial makeup.