If there were ever any doubts about Alexandria Ocasio-Cortez’s true ambition, they were erased by comments she made in the last several days. One of them took the form of a tweet in which she declared:

If you don’t like the #GreenNewDeal, then come up with your own ambitious, on-scale proposal to address the global climate crisis. Until then, we’re in charge – and you’re just shouting from the cheap seats. [Emphasis added]

Yup. If you don’t like the #GreenNewDeal, then come up with your own ambitious, on-scale proposal to address the global climate crisis.

Until then, we’re in charge – and you’re just shouting from the cheap seats. https://t.co/h3KSJhHqDN

Then on Saturday, during a live appearance at the New York Hall of Science, she doubled down on the highlighted statement, which paints in bold strokes her image of herself as a petty tyrant, by declaring herself “the boss”:

Socialist Rep. Alexandria Ocasio-Cortez (D-NY) on the widespread criticism of her Green New Deal: "I’m like, you try. … Until you do it, I’m the boss! How about that?!" pic.twitter.com/vkp15KBttd

Inklings of this wrongheaded notion of what being a member of Congress means have manifested themselves before. Before she was even sworn in, Ocasio-Cortez threatened Donald Trump, Jr. by noting she would “have subpoena power in a month.” Last Thursday, her distorted sense of how much power a Congress member wields came through again during a TV appearance when she said:

It’s not to say we’re gonna force everybody to go vegan or anything crazy like that. But it’s to say, ‘Listen, we gotta address factory farming.

It didn’t occur to her hosts to ask her who we referred to in her comments, but it should be unsettling to every American to hear a member of government — and especially one who is a self-described socialist — use language like this.

The references to being in charge and being the boss haven’t sat well with many who saw or heard them. Her tweet in particular was greeted with some pointed comments:

Entitled Much?
Terrifying glimpse into your power hungry soulless pebbled brain.
You’re a perfect female version of Maduro dancing while the peasants starve.#WalkAway

Our emissions are currently at 1970 levels even though we are driving much more and have more economic activity.

You are trying to destroy our economy for a problem that doesn’t exist. pic.twitter.com/eroU4DdWE0

Perhaps the best attempt to put AOC in her place came from actor and conservative on-line commentator James Woods, who wrote:

So, you may have missed this, but the way it works in America is YOU work for US. The last time somebody told Americans to sit down and shut up was 1776. If you ever learn to read, look it up. You are not only a idiot, you’re an arrogant idiot, and there is nothing more dangerous https://t.co/5Hn8IoHFn8

What if Trump refuses to accept defeat and leave office peaceably in 2020?
Next Post
Amy Klobuchar reportedly ate a salad with a comb — so we tried it. 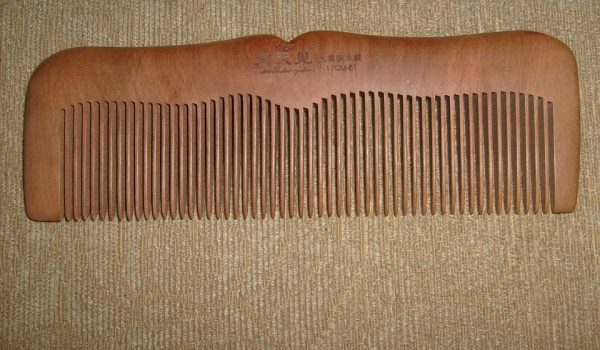