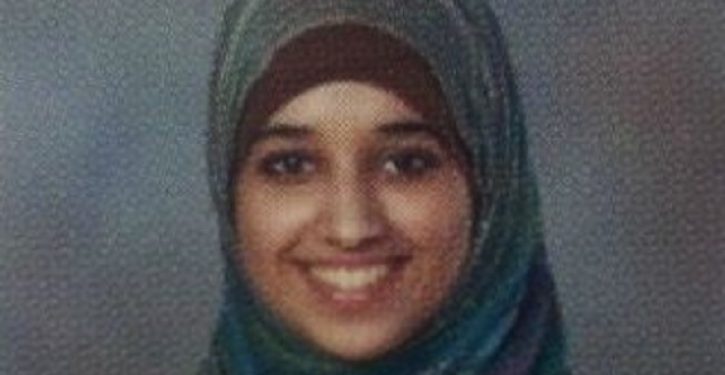 On Thursday, the debate over the disposition of Hoda Muthana was ratcheted up a notch. Muthana, for those who haven’t been following the story, is an Alabama-born ISIS wife and sympathizer living in Syria and now begging to come home. A day after Secretary of State Mike Pompeo said in a statement that “Muthana is not a U.S. citizen and will not be admitted into the United States,” attorneys from a group that calls itself the Constitutional Law Center for Muslims in America filed a lawsuit on behalf of Ahmed Ali Muthana, the woman’s father. The suit argues his daughter and her 18-month-old son should be allowed to return to the U.S. and that her citizenship – which the U.S. government disputes – should be recognized.

Although opinions on the woman’s future vary across party lines, most on the Left see the issue in strictly black and white terms, which is to say they believe that refusing to allow Muthana to return is “un-American.” Witness the reaction of Jason Johnson, politics editor for “The Root,” who was  a guest Friday on “MSNBC Live With Stephanie Ruhle“:

There are white domestic terrorists who get radicalized online all the time in America who are out shooting people, threatening to kill people. … And we’re not deporting them. They’re allowed to be here.

The words are reminiscent of an equally outrageous comment by CNN political analyst Marc Lamont Hill, who played down the beheading of a woman in Oklahoma by a convert to Islam by observing that “people behead for all sorts of reasons.”

But back to Johnson, who went on to add:

[T[his idea that this administration … can pick and choose who citizens are and determine citizenship based on if we like somebody and their ideology is anti-American.

Interestingly, Johnson had little to say in 2014 when Barack Obama ordered an airstrike that killed American citizen and al Qaeda recruiter Anwar al-Awlaki.

ISIS bride’s dad suing Trump, U.S. to let her back into the country
Next Post
Jussie Smollett ‘says he has an untreated drug problem’ bought ecstasy from ‘hoax’ accomplice