This is odd enough to be worth comment.  CNN reported on Friday that the Mueller special counsel team had filed a court document indicating they had evidence of Roger Stone communicating with WikiLeaks.

The CNN report implied that the information was new, or at least that Mueller’s prosecutors were stating “for the first time” that they had it.

Prosecutors said for the first time that they have evidence of Roger Stone communicating with WikiLeaks, according to a new court filing from special counsel prosecutors.

During its investigation of the Russian hack of the Democrats, “the government obtained and executed dozens of search warrants on various accounts used to facilitate the transfer of stolen documents for release, as well as to discuss the timing and promotion of their release,” the prosecutors wrote Friday to a federal judge.

CNN went on to acknowledge that we’ve known Stone tried to get in touch with WikiLeaks.

Previously, the prosecutors had only outlined how Stone attempted to get in touch with WikiLeaks’ Julian Assange through intermediaries. Stone sought to learn about what the hackers had stolen from the Democratic Party and how he hoped for its release so it could help Donald Trump’s campaign, prosecutors have said.

The new filing provided no further details on what was contained in the communications.

The report doesn’t clearly acknowledge, however, that we’ve known for nearly a year about a brief text exchange between Stone and WikiLeaks in 2016. The texts, from October 2016, indicated that WikiLeaks hadn’t been in two-way communication with Stone beforehand, and in fact wanted him to desist from telling the media he was in contact with them.

We’ve actually known a whole lot about Stone’s approaches to WikiLeaks, which at a minimum were variously alleged to involve author Jerome Corsi and radio host Randy Credico.  At least two exhaustive summaries were published in 2018 by The Atlantic and by Ryan Goodman and Laura Rozen at Just Security.

The thing to keep in mind is that no one knows better than WikiLeaks what their correspondence with Roger Stone consisted of.  It’s not as though Mueller can find out more than WikiLeaks knows about that topic.  So CNN seemed to be basically setting itself up for this (h/t: Chicks on the Right):

The communications are the @WikiLeaks account telling Roger Stone to stop going around falsely claiming that he was in contact with Assange. They were provided to Congress and the public over a year ago. There can be little excuse for concealing the true context. pic.twitter.com/gAzOMtgzZg

We have no way of knowing if the Mueller team is also setting itself up with a claim about information it had to obtain through “execut[ing] dozens of search warrants on various accounts.”  According to The Atlantic, the House Intelligence Committee had the text messages (provided by Roger Stone) prior to 27 February 2018, when Natasha Bertrand’s article was published.  The Atlantic reproduced the text exchange in this format:

It compares exactly to the image posted by WikiLeaks at Twitter (which contains only the 13 October 2016 exchange).

Argue, if you like, that Mueller’s team has dug up more than Congress or the media or the public knew about a year ago.  But Mueller can’t possibly have dug up more than WikiLeaks knows about.

Julian Assange knows that Mueller can inspect all of WikiLeaks’s communications.  Lying about this would fatally damage WikiLeaks’s credibility.  Assange’s organization can have no motive to be exposed in a lie – and WikiLeaks is saying the information already known to Congress and the public is the sum total of their “communications with” Roger Stone.

Stone may have texted or emailed them before 13 October 2016 – that has been an implied narrative all along – but if WikiLeaks wasn’t responding, then in no sense can Stone be said to have had a meaningful two-way exchange with them; i.e., one that produced a result.  Evidence that Stone was trying to get a response, but never did, is – well, just that.

A judge wouldn’t be fooled, no matter how portentously the special counsel filed documents about the matter.

It’s not clear what either Mueller or CNN is trying to accomplish here.  Given how closely so many in the media have been following this, we might have expected CNN to at least make clear that it would be surprising if there were more to the text exchange than we already know.  Instead, CNN reports as if we have no basis for judging how much there might be.

Meanwhile, on a topic in another erratic orbit around Russiagate, readers are presumably aware of Andrew McCabe’s 60 Minutes interview with Scott Pelley, a segment of which aired this week.  The interview is part of McCabe’s book promotion.  In it, McCabe spoke at some length about discussions with Rod Rosenstein in 2017 on invoking the 25th Amendment to try to remove Trump from office.

The reaction from conservatives and Trump supporters – as well as legal expert Alan Dershowitz, who is neither – has been predictable.  There is grave concern that these discussions, which included “counting noses” in the Cabinet as to who would vote for or against removing Trump, amounted to senior federal officials talking about executing a coup.

It didn’t help that McCabe also said in the interview that he opened the Trump investigations in case he was fired (in the aftermath of James Comey’s firing).  The banana republic-level self-interest of such a move is hard to overstate.

To even begin to justify such paranoia, you have to start with a “fact” that has never been in evidence: that Trump posed some kind of danger to national security.  The accounts we have of Rod Rosenstein and McCabe discussing a “25th Amendment” removal start with the premise that Trump may have somehow colluded with Russia to do something that no can define to our 2016 election.

But that’s exactly what remains not only utterly unproven, after 31 months of investigation, but utterly undefined.

At any rate, the strange thing that happened next is the focus here.  The day after the 60 Minutes clip aired, McCabe’s spokeswoman came out and backpedaled on what McCabe had unquestionably said in the interview clip.

Here is Melissa Schwartz on Friday:

This is a statement that can only be accepted if you haven’t seen the 60 Minutes interview, and if you never, ever see it.  (The interview will air in full on Sunday, 17 February.)

Otherwise, the contradiction is inexplicable.  It’s as if the anti-Trump attack machine is melting down like the central-brain computer in the old Star Trek episode, “I, Mudd.”

And that last observation, for my money, is the one that matters. 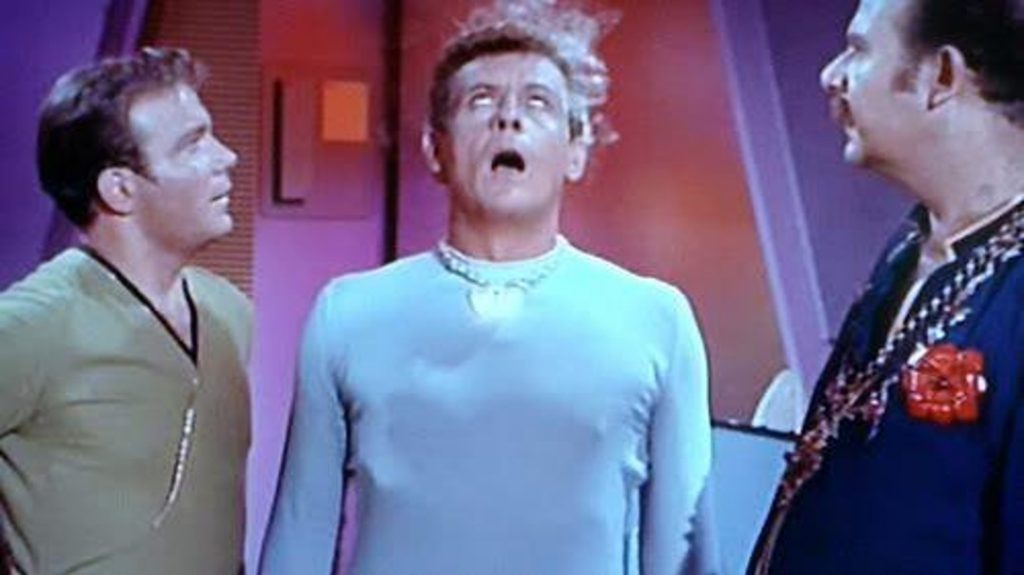