Torn between whether to order cookie dough or rocky road? No matter. Newly minted Rep. Alexandria Ocasio-Cortez followed up yesterday’s laugh-a-minute disquisition on how New York City could spend the $3 billion it would somehow gain access to by not offering a tax break to Amazon with a scoop of example.

For those who missed it, AOC said of her “victory” over “corporate greed,” by helping to skunk the deal with Amazon:

What’s great is that our economy, our local economy, is already growing. So I firmly believe that if we want to take that $3 billion dollars that we were willing to give to Amazon and invest it in our local community, we can do that. We can make those jobs. We can make 25,000 jobs. But we don’t have to give away and allow our subway system to crumble so that Amazon essentially owns a part of New York City. We can create 25,000 jobs with Mom-and-Pops; we can create 25,000 jobs with companies that are willing to come to the table, but we should not be giving away our infrastructure, our subway system, our schools, our teachers’ salaries, our firefighters’ budgets. …

Here is a video of her remarks shared with a reporter:

New York Rep. @AOC, another critic of the Amazon HQ2 deal, hails the news that it won't come to #LIC, citing concerns about Amazon's treatment of its employees. She says Amazon should have come to the city by working with the community, like Google did. #NY1Politics pic.twitter.com/gaWe83rDM9

A number of people, including MSNBC’s Joe Scarborough, pointed out the glaring error in Ocasio-Cortez’s thinking. In a nutshell there is no $3 billion floating around in the ether that New York can now seize and spend on infrastructure or anything else. The $3 billion was simply an amount that Amazon would have saved in taxes as an incentive  to go ahead with its plans to open a satellite headquarters in New York.

A few of AOC’s critics used sarcasm to highlight her tenuous grasp on the economic reality of the Amazon kerfuffle. One of these, a Twitter user who goes by the handle Boomieleaks, brought out Ocasio-Cortez’s priceless followup to her original comments:

Queens: Where did this coupon come from? $300 is too much. Who gave this to you? This is weird.

In July 2018, long before her election to the House, DNC Chairman Tom Perez said of Alexandria Ocasio-Cortez that she was the “future of the Democratic Party.” Let’s all cross our fingers and toes that he was right.

Eric Holder for president? Run — we’d love a Fast and Furious vetting
Next Post
Legal immigrant Angel Mom in Pelosi’s office: Why are illegal aliens ‘placed in front of us?’ 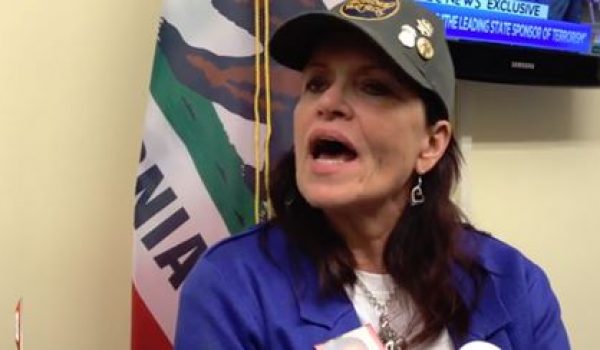