The story of “Empire” actor Jussie Smollett’s alleged attack in Chicago on January 29, reportedly by unidentified white men who shouted racist and anti-gay slurs at Smollett while warning him he was in “MAGA country,” has been a difficult one for law enforcement to sort through.  Chicago police have pursued Smollett’s report seriously, but have had trouble finding any corroborating evidence for it (see here as well).

Now it appears the police are investigating an alternative possibility: that the attack was staged with the help of accomplices.

A breaking report from ABC 7 Chicago on Thursday indicates that the Chicago Police Department is investigating the two persons of interest alluded to in an LU headline, who were picked up when they arrived on Wednesday night at Chicago O’Hare airport.  According to the news report:

Chicago police confirmed Thursday that detectives are talking to two persons of interest in connection with the alleged attack on “Empire” actor Jussie Smollett.

Multiple sources have told ABC7 Eyewitness News that police are investigating whether Smollett and the two men staged the attack allegedly because Smollett was being written off of “Empire.”

A source familiar with the investigation told the ABC7 I-Team that Smollett failed to appear for an interview with detectives earlier Thursday, but has since spoken with police.

The police have retrieved a number of items from the homes of the two persons of interest, one of whom has also acted in the Fox show “Empire.”

The law enforcement official also told ABC News that the homes of the persons of interest were raided Wednesday night. Police removed shoes, electronic devices and other items they believe could help them determine if the two people played any role in the assault.

A CPD spokesman emphasized that Smollett is still being treated as a victim, and that the investigation “remains ongoing.”  ABC 7 was unable to get on-the-record confirmation of its information from background sources.

Meanwhile, Smollett’s representative and Twentieth Century Fox deny that he is being written off of “Empire.”

Twentieth Century Fox Television and Fox Entertainment released a statement saying, “The idea that Jussie Smollett has been, or would be, written off of EMPIRE is patently ridiculous. He remains a core player on this very successful series and we continue to stand behind him.”

Smollett appeared in an interview Thursday morning with ABC News’s Robin Roberts, in which he welled up in tears as he discussed the alleged attack (video below).  On Tuesday, however, his representative had to respond to a statement from police that Smollett had failed to turn over enough information from his phone records to assist the investigation.

Chicago police spokesman Anthony Guglielmi said Monday that the phone records turned over by Smollett are in a heavily redacted document file and the records from the manager Smollett says he was talking to when the attack occurred were a screenshot of phone calls. He says the records aren’t sufficient for an investigation. “We are very appreciative of the victim’s cooperation however the records provided do not meet the burden for a criminal investigation as they were limited and heavily redacted,” Guglielmi said. “Detectives may be following up with him to request additional data to corroborate the investigative timeline.”

Smollett’s statement said he had good reasons for turning over limited information.

“Any redacted information was intended to protect the privacy of personal contacts or high-profile individuals not relevant to the attack,” his statement said.

While stressing that they continue to treat him as a victim, the Chicago police stated last week that if Jussie Smollett were determined to have made a false report, they would prosecute him for it. 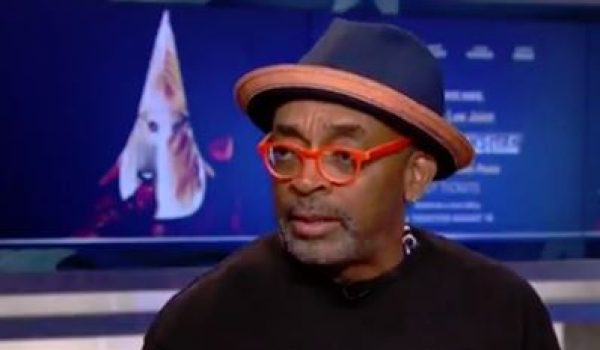