As J.E. Dyer keenly observed earlier today, “The question for the Democratic Party, and for America, is what the Democratic leadership will do about” Rep. Ilhan Omar following her ill-tempered exchange with veteran diplomat Elliott Abrams during a House Foreign Affairs Committee hearing on Wednesday.

One of the more immediate remedies, as J.E. and others have pointed out, is stripping Omar from her committee assignments, not so much as a punishment but as a measure designed to stop the bleeding as it were. Omar’s antics, anti-Semitism aside, do not befit the demeanor and mindset of a congressional committee member, and the sooner she is reeled in, the better, both for the legislature and the American people.

If Democrats do take action against Omar, they can expect a fight that further threatens to splinter an already fractured party. A glimpse of the battle to come followed Omar “apology” on Monday for suggesting that AIPAC buys undue influence for Jews and Israel. While many, even on the Left, expressed displeasure with the congresswoman’s statement, several Democrats rushed to her defense. The least surprising of these was Omar’s fellow rookie and comrade in arms Alexandria Ocasio-Cortez, who tweeted:

Lots of people here proclaiming to be ‘woke’ trying to police communities on what they are/aren’t allowed to be upset by. I’m proud @IlhanMN raised the issue of lobbyist [money] in politics & equally proud of her sensitivity to communities. Both are possible.

But another Democrat who backed Omar was Virginia veteran Gerry Connolly, who wrote off Omar’s blatant anti-Semitism to a “freshman” error:

I make a huge distinction between Omar and say someone like Steve King, who has been around for decades. Steve King’s been saying horrible, racist things for a long time. … Omar is a freshman. She’s new here, she’s young. I think she has learned a painful lesson that the words you use through whatever what medium can be painful and can be hurtful and will have consequences. …

Another Democratic House member who spoke up on Omar’s behalf was Dan Kildee of Michigan, who said of her comments:

I wouldn’t take it as anti-Semitism. We ought to be careful not to construe that in anything other than a concern about the fact that money has undue influence on political decision making.

If a schism does develop within the Democratic ranks over this issue, it will be good not only for Republicans but for the nation as a whole. As J.E. Dyer notes, the problem of anti-Semitism has been pervasive in that party for years. LU contributor Jeff Dunetz offers e comprehensive look at the Democrats past and present who have exhibited animus toward Jews and/or Israel.

Jussie Smollett must be telling truth because he cried in first interview since alleged attack
Next Post
Has Trump wrecked our sex life? ‘Post-Trump Sex Disorder’ is real, says sex therapist 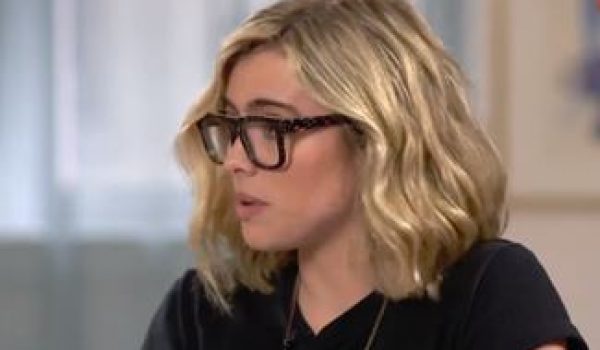