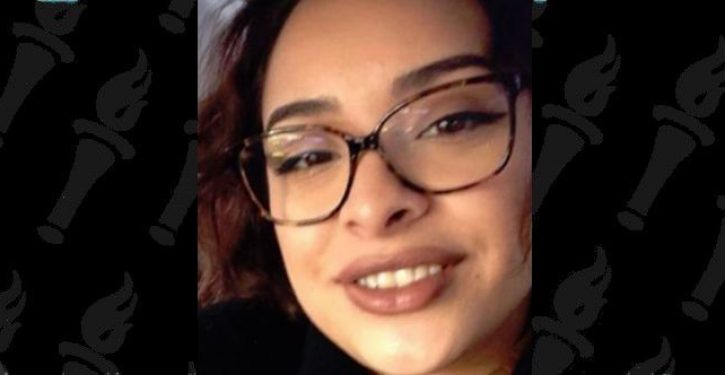 Last night the family of 24-year-old Valerie Reyes held a memorial service at a chapel in New Rochelle, N.Y. The website lohud reports that “an intimate gathering of loved ones, including her mother and older brother, huddled, cried and hugged one other around Reyes’ closed casket.”

It was the latest, albeit not the final chapter, in the family’s grief over the loss of a daughter and sister, whose body was discovered last week on the side of a road in an upscale Connecticut town bound and stuffed into a suitcase.

The Reyes family now joins the tragic list of “Angel Families,” a term coined by President Trump to designate Americans who lives have been permanently altered by the murder of a loved one by an illegal. Valerie Reyes’s ex-boyfriend, Javier da Silva, a Venezuelan citizen living in Queens, was arrested Monday after fraudulently using her ATM card to withdraw money from a cash machine.

According to CBS New York, da Silva has confessed to the gruesome crime. Authorities believe that Reyes was “killed at her residence” before being “packaged” and dumped unceremoniously by the side of the road.

Reyes’s mother, Norma Sanchez, told reporters that her daughter took pity on da Silva who told her his mother in Venezuela was dying of cancer. As the relationship progressed, da Silva reportedly became increasingly demanding. “Again, he was like really pushy, wouldn’t take no for an answer,” Sanchez claims, “so my daughter started getting really frustrated with him, and it ended quick.”

A border wall would not have prevented Reyes’s death since da Silva’s illegality was the result of his having overstayed a visa. Nevertheless, cooperation of law enforcement with ICE, which could have led to da Silva’s deportation, was hampered by the fact that New York City, where he lived, is a sanctuary city.