The waiting is over. Today, one of the most clueless people ever to take up space in the U.S. House of Representatives unveiled her Green New Deal, and it’s a doozy. Not only does it promise racial and economic justice but lots and lots of new jobs building the high-speed railroads that will eventually drive the airline industry under (OK, it will also cost lots and lots of jobs) and rebuilding or retrofitting every structure in America that uses energy.

Ambitious, you say? You ain’t heard the half of it. The proposal will eventually eliminate cow flatulence, presumably by eliminating cows (or funding research for industrial strength Beano), and will even put an end to living room flooding. No kidding. At 0:23 in the video that follows AOC pledges to relieve the plight of people “who have seen their living rooms being flooded in [sic] with the waves [pause] flooded in [sic] with the waves of, uh, rising sea levels.”

This is truly the dumbest politician in American history. The lesson we must learn from AOC is this , if you can scream racism and injustice loud enough, that's all it takes to bec ome a star in the Democratic party. #GreenNewDeal

So how’s this all playing with party elders? Not … too … good. Speaker Nancy Pelosi threw shade on the proposal, simultaneously announcing the names of eight members of Congress who will sit on a special panel charged with addressing the “climate crisis.” Ocasio-Cortez’s name was not among them.

AOC did get a chance to air her grand vision. In an interview on NPR, she addressed the scope of the crisis, noting:

Even the solutions that we have considered big and bold are nowhere near the scale of the actual problem that climate change presents to us, to our country, to the world.

Maybe before all is said and done, all farts will need to be eliminated.

Pelosi throws shade as Green New Deal unveiled: ‘Green dream or whatever they call it’
Next Post
Mystery booms are back, this time ‘across America’ 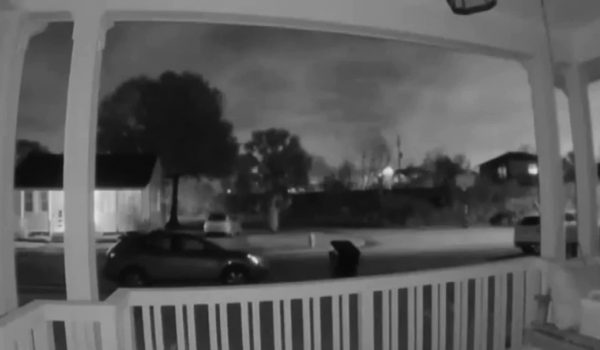