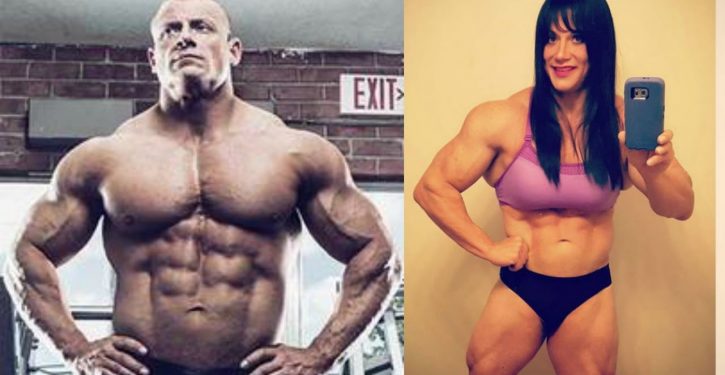 By Peter Hasson and Henry Rodgers

Omar called it a “myth” that men who identify as transgender women have a “direct competitive advantage” and copied Ellison on the letter, “with a recommendation that he investigate this discriminatory behavior.” (RELATED: Biological Male Wins World Championship In Women’s Cycling)

Omar sent her letter on behalf of JayCee Cooper, a biological male who identifies as a transgender woman and whom Omar identified as one of her constituents. She signed the letter on Jan. 31, though it only became public on Tuesday after Cooper posted a picture to Instagram, where it caught the attention of OutSports. 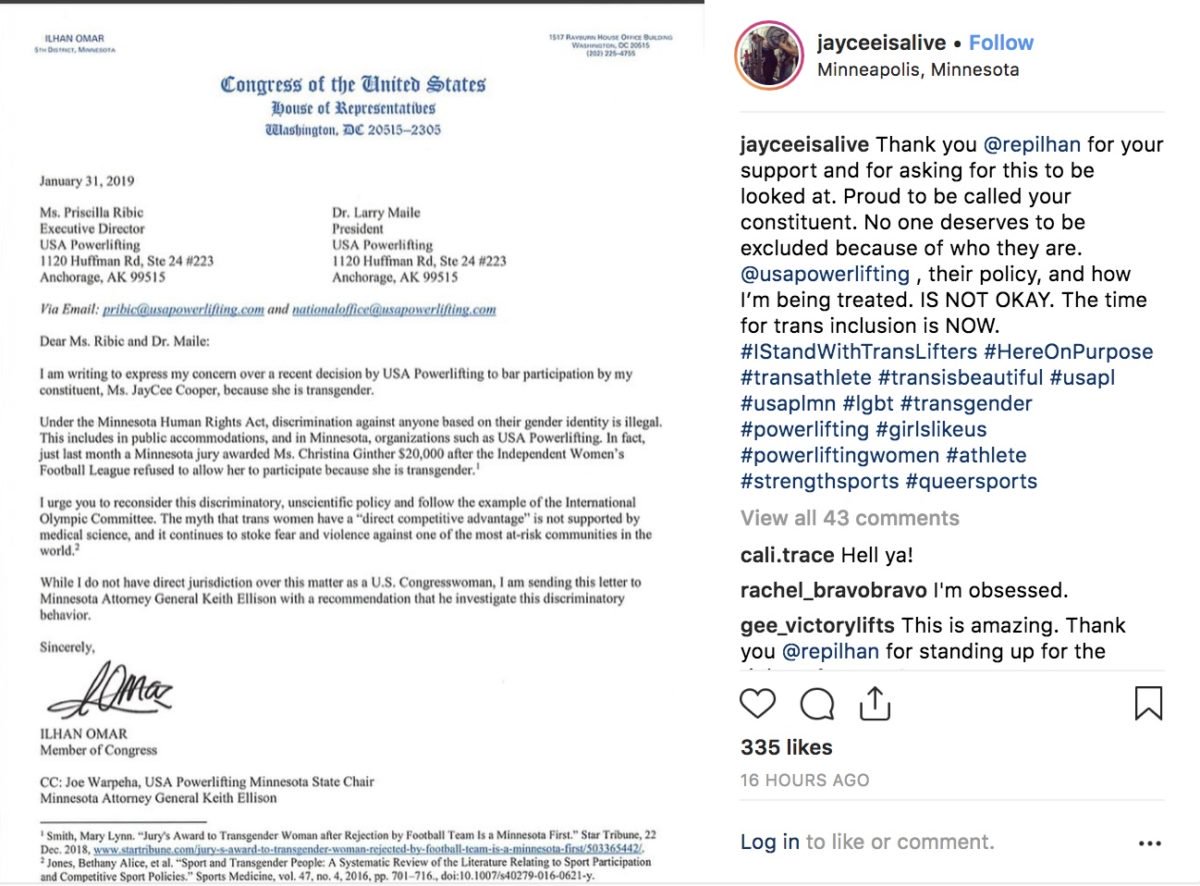 Omar’s office confirmed the authenticity of the letter to The Daily Caller News Foundation.

“Men naturally have a larger bone structure, higher bone density, stronger connective tissue and higher muscle density than women,” the weightlifting association notes in an online explainer. “These traits, even with reduced levels of testosterone do not go away. While [male-to-female athletes] may be weaker and less muscle than they once were, the biological benefits given them at birth still remain over that of a female.”

“Under the Minnesota Human Rights Act, discrimination against anyone based on their gender identity is illegal. This includes in public accommodations, and in Minnesota, organizations such as USA Powerlifting. In fact, just last month a Minnesota jury awarded Ms. Christina Ginther $20,000 after the Independent Women’s Football League refused to allow her to participate because she is transgender,” Omar warned.

“I urge you to reconsider this discriminatory, unscientific policy and follow the example of the International Olympic Committee. The myth that trans women have a ‘direct competitive advantage’ is not supported by medical science, and it continues to stoke fear and violence against one of the most at-risk communities in the world,” wrote the congresswoman.

USA Powerlifting’s explainer states that the organization is in compliance with the guidelines, under which “each sport is given the latitude to determine how the guidelines are applied.”

Ellison, a Democrat, was Omar’s predecessor in Minnesota’s fifth congressional seat, which he left to run for state attorney general. Ellison previously called for a boycott of the NFL over its rules prohibiting protests during the national anthem. 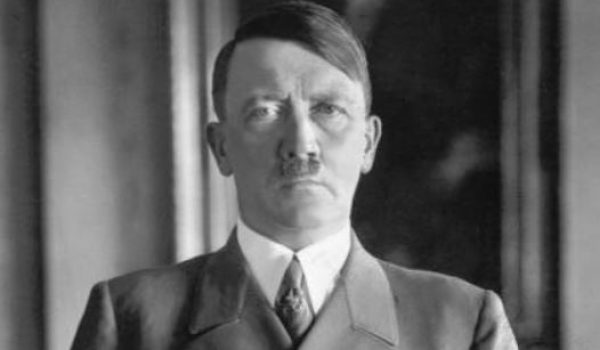