In an exchange on Tuesday recounted at the Washington Times, Rep. Adam Smith (D-WA) demonstrated, if inadvertently, one of the structural reasons border security is such a difficult topic today.

Reporter Stephen Dinan quotes Smith questioning a panel of Department of Defense witnesses on the issue of troop deployments to the border.  They first addressed the augmentation of National Guard troops with active-duty troops.

Some 2,300 active-duty troops are still on the border, down from 5,900 who were initially ordered deployed in late October, ahead of previous caravans. That’s in addition to about 2,000 National Guard troops who have been on the border since earlier last year.

Mr. Rood said some of the active-duty troops will be on the border through Sept. 30.

Vice Admiral Michael Gilday, director of operations at the Joint Chiefs of Staff, said they just didn’t have enough capacity within the National Guard to fulfill the requests President Trump and the Homeland Security Department made.

“We didn’t have those skill sets available in the guard to draw on at the time,” he said.

Then Smith posed the crystallizing question.

Democratic lawmakers questioned the tradeoffs of deploying troops to the border, giving the other competing needs on the military.

“We’ve got other needs in the world,” Mr. Smith said. “This is not primary to our mission and if we start down this road … and say DOD is all about the border, where does it stop?”

One wonders if Smith realized what he had just said.  In terms of basic common sense, how can the “Department of Defense” not be about the border?

Is defense of the territory of the United States really not “primary to our mission” – whereas military tasks overseas are primary to “our mission”?  Whose mission?  And what “needs in the world” are we talking about?

But I hear Smith going further, extrapolating from the political protocols for the use of DOD components to define border security out from under the umbrella of “national defense.”  Smith’s stark formulation suggests he sees border security solely as law enforcement (with the military in a very limited, situational support role), having no “primary” element of national defense (for which the military has a lead or central role).

Many Americans would find this very odd.  The implication is that our national defense organization isn’t about defending the territory of the United States, but instead is about bombing, patrolling, and/or invading countries and regions on the other side of the world.

It’s not that doing those overseas tasks can’t be integral to U.S. national defense.  In a globally connected world, it’s bound to be on occasion – although American citizens are likely to differ sharply on when and where the necessity truly arises.

But it rings bizarre indeed to hear a federal official say that defending America’s literal, territorial borders is “not primary” to the DOD mission.  It takes decades of unusually quiescent, comparatively untroubled conditions on our borders to prompt a federal official to say something so historically ridiculous.  Defending the territorial span of a nation’s political control – i.e., its actual borders – has perennially been the primary mission of centrally-organized, nationally-stamped armed forces (however those forces are sourced; e.g., by conscription, mercenary service, etc).

In U.S. history, the use of federal troops (as opposed to a called-up Guard) was primarily to defend and police our land frontier, up until we deployed to Europe for World War I.  Even after World War I, it wasn’t until World War II, and the array of military occupations that ensued in the Eastern hemisphere, that we shifted our national “defense” idea from a focus on our own border to a larger concept of global systemic threats.  (This was also when the U.S. Navy effectively took over the global seapower role formerly filled by the Royal Navy.)

“Adventures” in Latin America early in the 20th century weren’t about Communism (and by that point were no longer about the lingering arm of colonialism; i.e., the colonial powers of Europe).  They were about the immediate implications of unrest in the Americas for what Americans perceived to be our homeland’s security and interests.  We may object politically now to some of those old perceptions, but the historical analogy is accurate to what any regionally powerful nation does when there’s unrest close to its frontier – where emerging threats can reach it, and where its people travel and have the nation’s main business interests.

Federal troops were “about” these security concerns and interests from the earliest days of the Republic, and for decades thereafter.  Indeed, such a role is what the Framers of the Constitution had in mind when they imagined a federal armed force: the defense of the borders of the United States.  They would have been incredulous at the idea that the U.S. Congress would one day fund a huge federal armed force to traverse thousands of miles around the world and fight in the Middle East or Central Asia – but have no primary mission to defend the international border between Texas and Mexico.

The point is not to be outraged with Rep. Smith.  I think he’s just the messenger of a complacent, modern-day assumption we can no longer afford to not revisit.  (It also happens to make a convenient pretext for a cop-out on securing the border, of course.)

The point, however, is to highlight this thinking, and call it out as an unspoken premise.  The premise effectively does what I mentioned above: it defines border security out from under the umbrella of national defense.  It assumes that border security won’t require responses from overwhelming, decisive, deterrent force, but only from law enforcement with a limited charter.  That assumption thus inherently limits how effective a border-security force can ever be.

Is the assumption valid?  An increasing number of Americans would say no.  In the same House hearing, as noted at TWT, the DOD witnesses testified that they are watching three migrant “caravans” approaching the U.S. border, one of them with about 12,000 people in it.  It has been demonstrated that the great majority of the people in these caravans are fighting-age males, and that they contain members of cartel gangs, other convicted criminals, and men from nations that produce an inordinate number of terrorists (see here, here, here, here, here, here, here, here, and here – alongside the numbers of suspect persons detained by the Border Patrol, including more numbers here, independent of whether they arrived in a caravan or separately).

These masses of male migrants – also characteristic of the migrants flooding Europe – don’t have to have prior organization as a centrally-directed army to represent a threat to U.S. national security when they arrive in massive numbers at our border.

Failing to recognize their potential as a threat is a sign not of virtue but of political imbecility.  There’s a lot here that needs to be sifted, and Rep. Smith’s assumption is at the top of the list.  With thousands of people surging toward our southern border, people who keep repeatedly trying to literally break into the country – and people for whom there is no legitimate way to vouch in any practical manner – it’s increasingly clear that the law enforcement resources of the Border Patrol are not adequate to the problem.

If defense of the U.S. border is not “primary to the mission” of our national defense forces, then we need to organize an effectively equipped and resourced force for which such defense is primary to its mission.  The “migrant caravans” are a new type of problem, to be sure.  But merely giving the situation a hand-wave – proclaiming that the problem doesn’t fit our solution-set – isn’t good enough. 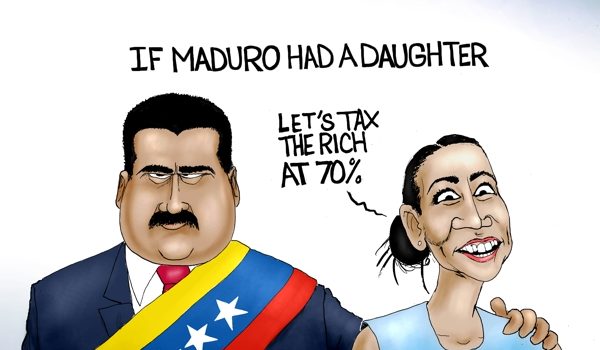 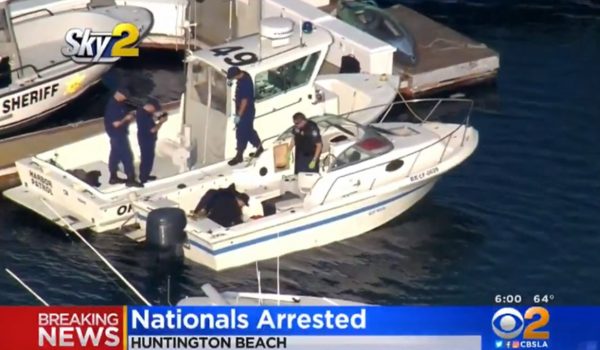