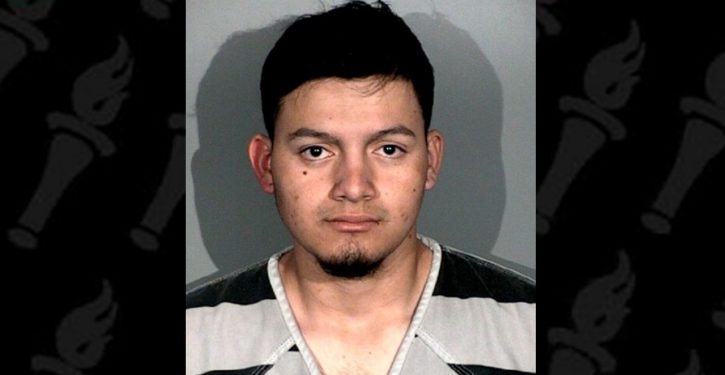 Wilbur Ernesto Martinez-Guzman, reported on here, is setting all kinds of records when it comes to crimes committed by illegal aliens. Not only has Martinez-Guzman been charged with four murders in northern Nevada. He has additionally been slapped with nine counts of burglary-related charges stemming from his efforts to pawn jewelry that belonged to at least two of his victims. And according to the Reno Gazette Journal, more charges are likely to come.

He allegedly pawned the jewelry at a coin shop on North Carson Street on separate occasions. The stolen items included an Elks ring with a blue stone that was engraved with David’s initials, the complaint said.

That also included two gold diamond rings and 16 silver rings, toe rings and turquoise rings, all of which belonged to Koontz.

As noted here, all three of Martinez-Guzman’s four murder victims were elderly. All were found in their homes in areas of Nevada said to be “unaccustomed to such violence.”

The Carson City Sheriff’s Office has for unexplained reasons reached out to a member of the consulate of El Salvador, Martinez-Guzman’s home country, possibly with an eye toward setting up a meeting with the killer.