If one insescapble fact has emerged from the Mueller investigation of Donald Trump it is that the FBI, or at least high-ranking elements within it (think Peter Strzok), are virulently anti-Trump if not out-and-out anti-Republican. The agency’s bias against the president appeared to be the motivation for its gratuitous raid on the office of then-Trump confidante Michael Cohen in April.

That the FBI remains committed to embarrassing Trump anyway it can was evident again early Friday when armed agents clad in full riot gear stormed the Ft. Lauderdale home of Trump adviser Roger Stone to take him into custody. The actions were again wholly unnecessary considering that Stone, 66, was unlikely to offer resistance.

Those sharing the FBI’s giddy delight in rounding up another member of the president’s inner circle were accorded the privilege of watching live footage of the arrest on CNN if they chose to.

Which raises a whole new question: How is that the network had a film crew on hand outside Stone’s house at 6:00 a.m.? Did one of the network’s van just happen to be driving along a quiet residential street when they noticed men in full combat regalia brandishing assault rifles and stopped to investigate?

Greta Van Susteren asked the same question in a tweet but later acknowledged that CNN might have been tipped off by another source, including Stone himself.

CNN cameras were at the raid of Roger Stone…so FBI obviously tipped off CNN…even if you don’t like Stone, it is curious why Mueller’s office tipped off CNN instead of trying to quietly arrest Stone;quiet arrests are more likely to be safe to the FBI and the person arrested

Upon reflection, there are others who could have tipped off CNN …others knew, maybe even Stone suspected it and tippped them off…as an aside, if I worked for a news org and had the tip, I would have sent cameras https://t.co/aSaiBZ4LNL

What remains unexplained is the FBI’s need for all the theatrics when arresting an older man who is accused of committing white collar crimes that may or may not have anything to do with the Trump team.

When will the FBI surround the homes of & arrest, "Hillary Clinton, James Comey, James Clapper? People we know have also made false statements [to the FBI] – will the same standard apply?" 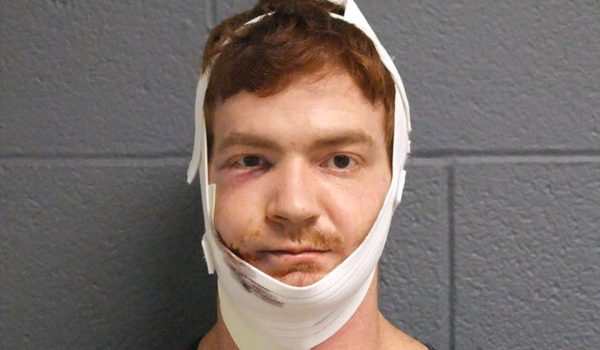 Man accused of shooting officer in face is himself shot in face during arrest
Next Post
Quote of the Day: ‘Hopefully, now the president has learned his lesson’