On CNN’s State of the Union, host Jake Tapper tried to pin down New York Senator Kirsten Gillibrand’s hypocrisy for calling President Trump a racist for supporting immigration policies that she herself used to support. Tapper asked, “If Trump’s immigration positions are racist, were they racist when you held some of those positions as well?” She answered by explaining why she changed her position without really answering the question.

Tapper reworded the question and asked it again. “So, what’s the difference, though, just help me understand, between your previous positions, which you characterize as wrong and not empathetic, and President Trump’s positions today that you call racist?” Gillibrand “answered” by launching into an attack on Trump, seemingly saying that when Trump says it, it sounds meaner, and followed with an anti-Trump monolog that distorted the history of the Statue of Liberty and the Emma Lazarus poem, “The New Colossus” inscribed on its base.

Perhaps Gillibrand doesn’t realize that it’s called the Statue of Liberty, not the Statue of Immigration. In fact, if the truth be told, the statue itself has nothing whatever to do with immigration. It was initially conceived by French abolitionist Edouard de Laboulaye, the president of the French Anti-Slavery Society as a celebration of President Abraham Lincoln’s emancipation of the slaves, the end of the Civil War, and the abolition of the institution of slavery. De Laboulaye hired sculptor Frédéric Auguste Bartholdi to begin planning what would become the Statue of Liberty.

Indeed, since it was a celebration of the end of slavery, blacks have more right to claim the Statue than immigrants do.

Even its official name shows it has nothing to do with immigration. The name “the Statue of Liberty is really a nickname. Its official name is “Liberty Enlightening the World” (La Liberté éclairant le monde in French. Her torch wasn’t there to welcome immigrants, it was supposed to send America’s tradition of personal freedom to the world, to celebrate American republicanism (not the party, the concept), not its immigration policy. There was nothing about welcoming anyone, nothing about borders, or poor people, or bringing any “huddled masses” anywhere.  Nor was there anything about allowing people to come into the country illegally.

As for Emma Lazarus’s sonnet (“your huddled masses yearning to breathe free”), the poem was initially only tangentially connected to the Statue of Liberty. Lazarus, who wrote “The New Colossus” in 1883, donated the poem to an auction of art and literary works conducted by the Art Loan Fund Exhibition in Aid of the Bartholdi Pedestal Fund to raise cash for the Statue of Liberty’s base.

Mark Twain submitted an essay to the same fundraiser. It was written with the usual Twain biting wit and called “Why a Statue of Liberty When We Have Adam!” which read in part:

What do we care for a statue of liberty when we’ve got the thing itself in its wildest sublimity? What you want of a monument is to keep you in mind of something you haven’t got — something you’ve lost. Very well; we haven’t lost liberty; we’ve lost Adam.

Another thing: What has liberty done for us? Nothing in particular that I know of. What have we done for her? Everything. We’ve given her a home, and a good home, too. …

When “Liberty Enlightening the World” was dedicated in 1886, the poem wasn’t associated with it. It wasn’t even officially published until 1901 when both The New York Times and the New York World printed the sonnet on their pages. Lazarus died a year later of Hodgkin’s Disease, and her poem was forgotten.

But in 1903 Lazarus’s friend Georgina Schuyler raised enough money to engrave the verses on a bronze tablet and place it on the Statue of Liberty’s base.

Below is the transcript of the relevant section of Jake Tapper’s interview with the hypocritical Gillibrand, followed by a video clip of the exchange:

Jake Tapper: All right. You have said Trump’s immigration positions are racist. That’s the word you used, racist.

Now, as you know, you were more conservative early on in your career on immigration. CNN’s KFILE is out with a new report this week on your 2008 campaign Web site and a mailer sent from your congressional office back then, a long time ago, but still in your — in your public life.

Take a look. You said you were a — quote — “firm opponent” of government — quote — “amnesty to illegal aliens” — unquote. You said English should be — quote — “the official language of the United States.” You called for expediting the deportation of undocumented immigrants. I know you have very different positions today.

Tapper: But, let me ask you if Trump’s immigration positions are racist, were they racist when you held some of those positions as well?

Gillibrand: They certainly weren’t empathetic, and they weren’t kind, and I did not think about suffering in other people’s lives. And one thing I did 10 years ago, when I became senator and was going to represent 20 million people across our state, I recognized that a lot of places in my state were different, and I needed to understand what those constituents needed too. And so I took the time.

I went down to Brooklyn. I met with Nydia Velazquez, who has been a leader fighting for families for a long time. And I listened. And I realized that things I had said were wrong. I was not caring about others. I was not fighting for other people’s kids, the same way I was fighting for my own. And I was wrong to feel that way.

And so I just said I’m not going to stand by and do nothing for families that are suffering in my state and in my communities.

Tapper: So, what’s the difference, though, just help me understand, between your previous positions, which you characterize as wrong and not empathetic, and President Trump’s positions today that you call racist?

Gillibrand: So, what President Trump is doing is creating fear and division and a darkness across this country that I have never seen before.

One of the reasons I’m running for president, Jake, is because we have to restore that integrity to our presidency, to this country. We have always cared about others. We have always believed in the golden rule.

And what President Trump is doing is destroying the moral fabric of what this country stands for. We have the Statue of Liberty in our New York Harbor. She stands for a beacon of light and hope for others who need us. Send us your huddled masses yearning to breathe free.

This president has sown fear and division that just makes us weaker. And so I think what he’s done is so horrible and so mean-spirited, that I am nothing like him and never will be because my values haven’t changed. 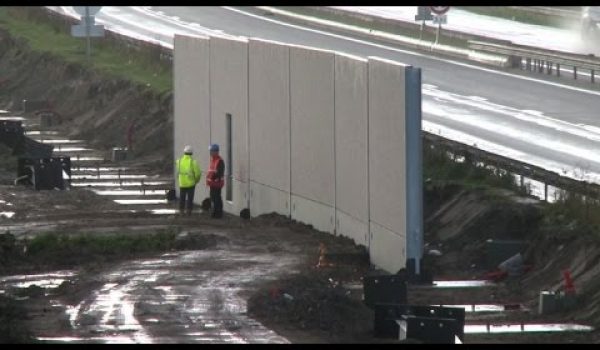 A 10-ft-high Trump wall has gone up … in Calais, France
Next Post
Thousands of Central American migrants taking Mexico up on offer of temporary asylum, work visas