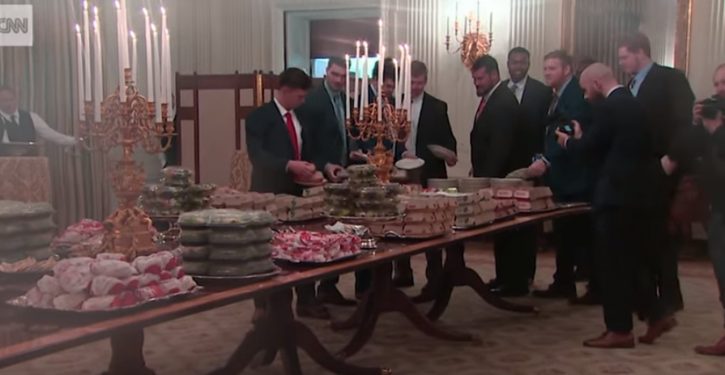 'Before' shot: Clemson Tigers descend on the feast at the White House. CNN video

You couldn’t have imagined that the president’s hosting a winning sports team at the White House would generate this much press, but the reception for national college football champion Clemson on Monday has been a hot topic ever since. On Tuesday, The Washington Post ran an article criticizing President Trump for his “extravagance” — the event cost all of $3,000. The piece did double duty by fact-checking his claim that the burgers were stacked a mile high.

ESPN also devoted a segment to the meet-and-greet, and while I don’t generally agree with ESPN’s panel of “experts,” this time I think they’re onto something. Trump’s decision to serve fried chicken and watermelon to the Clemson football team was playing to stereotype. OK, actually the president served fast food to the national champs, chiefly burgers, but as one of the hosts pointed out, football is “a predominately black sport” and blacks do have an affinity for fast food.

h/t @ClayTravis, an ESPN host suggested it was racist for Trump to serve fast food to Clemson football players since they play a "predominately black sport" pic.twitter.com/SG7jaB5UwC

But a question no one is asking is why blacks have an affinity for fast food. As every parent knows and is continually reminded, the stuff is awful for you.

Actually, that question was asked implicitly yesterday by New York’s Daily News in an article noting that “a whopping 86% of the advertising dollars spent on food ads went toward promoting fast food, candy, sugary drinks, and unhealthy snacks on black-targeted TV programming.”

The study from which this alarming statistic is taken doesn’t appear to delve into the chicken-and-egg question of whether advertisers are merely catering to an audience that’s already hooked on junk food, or as the paper implies, luring them in.

As for football being a predominately black sport, Howard Portnoy makes a pretty compelling — if bitterly ironic — argument for desegregating all or organized sports … in favor of white athletes. 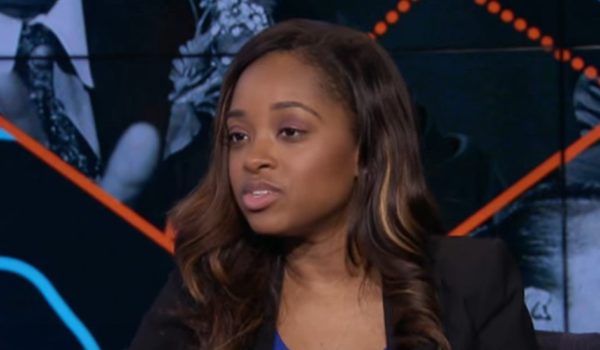 DNC drops partnership with Women’s March over leadership’s anti-Semitism
Next Post
Cartoon of the Day: Own goal 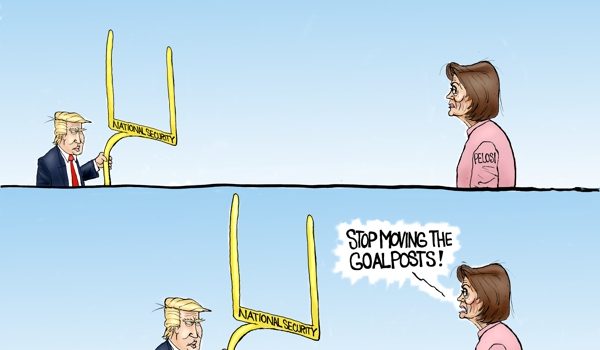