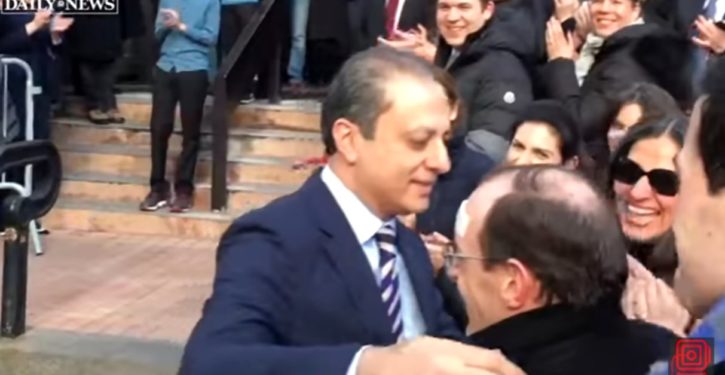 Preet Bharara gets a big send-off from the SDNY office on 13 Mar 2017. (Image: Screen grab of NYDN video, YouTube)

Preet Bharara, a former Democratic federal attorney, appears to be under the impression that President Donald Trump would be conducting an impeachable crime by withdrawing the United States from the North Atlantic Treaty Organization (NATO).

This morning, Bharara tweeted, “If true: Trump should immediately and publicly state his apparent wish to withdraw from NATO so he can be promptly impeached, convicted, and removed from office.”

The tweet was in response to a New York Times report that Trump, over the course of 2018, discussed with senior White House officials the possibility of taking the U.S. out of NATO. Administration officials, according to the report, believed the president was kidding at first, but realized he was serious after bringing the subject up numerous times throughout the year.

If accurate, such comments would not come as too much of a surprise for the public. The president has openly questioned NATO’s current relevance and has long complained that other NATO members are making the U.S. pay the tab by not paying their fair share on defense, criticism he has leveled since he was a 2016 presidential candidate.

“Getting ready to leave for Europe. First meeting – NATO. The U.S. is spending many times more than any other country in order to protect them. Not fair to the U.S. taxpayer,” the president tweeted in July before joining NATO’s annual summit in July last year.

Trump has bemoaned a number of other international agreements, with Chinese trade and NAFTA being chief among them.

The Republican president declared victory following the conclusion of that two-day NATO summit, saying he successfully pressured other members to spend more on national defense. The president even reaffirmed his commitment to the alliance, explaining that while he believed he had the authority to do so, he did not feel it necessary to walk away.

It’s not immediately clear what Bharara, a former U.S. attorney for the Southern District of New York before Trump fired him in March 2017, believes is an impeachable offense. U.S. withdrawal from NATO would destabilize the 70-year alliance, formed in 1949 as a means to counter Russian aggression. Such a move feeds the narrative of Trump-Russia collusion conspiracies.

Bharara is not the only one who believes leaving NATO warrants impeachment. During a CNN interview on Tuesday morning, California Democratic Rep. Jackie Speier said “profound” action would need to be taken if Trump attempted to withdraw from the alliance.

“It had better be an idle threat from the president, because I think that act would be so destructive to our country and to our ability to protect the national security of every American that it would be a ground for some profound effort by our part, whether it is impeachment or the 25th amendment,” Speier stated. 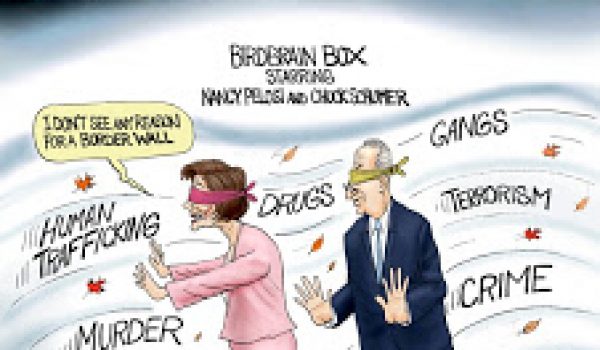