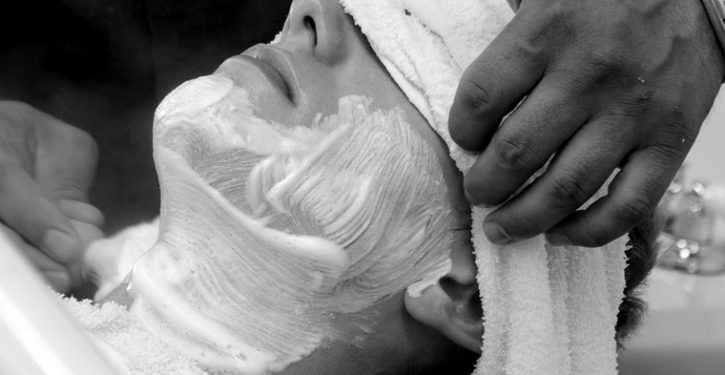 And how would you like morning shave, sir — with hot lather or a sermon? Gillette, a brand owned by Procter & Gamble, sells both, though if the past is prologue it may regret its decision to hop aboard the virtue signaling bandwagon.

Riffing on its decades-old slogan “The Best a Man Can Get,” the razor company is now preaching the ills of toxic masculinity, bullying, and harassing women in a new ad campaign.

That all men are bullies (which logically leaves no one to pick on!) and harass women are givens, according to the ad, which, as The Hill notes, “comes just days after the American Psychological Association (APA) officially labeled ‘traditional masculinity’ as ‘harmful.”

The company is quoted as saying in a statement:

Interesting that Gillette should profess to “challenge the stereotypes and expectations of what it means to be a man” when the company is promoting one of its own in this fatuous ad.

Appalling attack on men. All men need to step up and confront this complete nonsense insinuating all men somehow are bad at some level.

Men die more at work & war, are homeless, and are falling behind in higher education. #WarOnMen#BoycottGillette #PussyHatMen r cowards