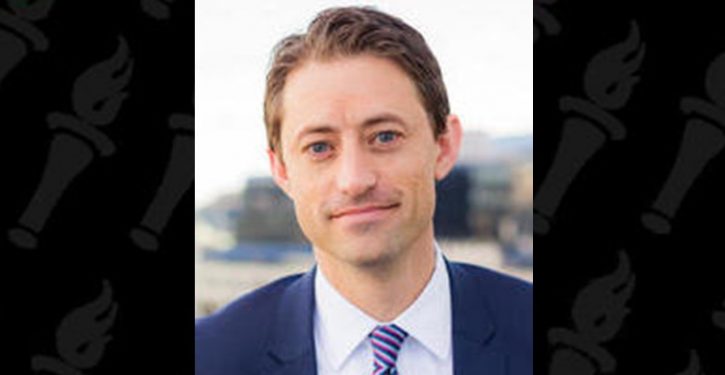 A nonprofit group linked to Fusion GPS and partially funded by George Soros worked in recent months with a technology company implicated in a scheme to use fake Russian bots during Alabama’s special Senate election.

Both organizations have links to the Senate Select Committee on Intelligence (SSCI), which is investigating Russian meddling in the 2016 election, as well as possible Trump campaign collusion.

SSCI provided New Knowledge with data from various social media companies as part of an investigation into Russian disinformation networks, according to a report New Knowledge released Dec. 17. Two days later, news broke that New Knowledge’s chief executive was involved in a self-described “false flag” operation in the special election for a Senate seat in Alabama, as was another staffer who was the lead author on the Senate report. (RELATED: Senate’s Outside Russia Investigators Tied To Russia ‘False Flag’ Operation)

TDIP is also linked to the Senate Intelligence panel. Its founder, Daniel J. Jones, was previously a staffer for Democrats on SSCI. He was also in contact in early 2017 with Virginia Sen. Mark Warner, the Democratic vice chairman of SSCI. As part of TDIP’s own Trump-Russia investigation, the group hired Fusion GPS and Christopher Steele, the author of the anti-Trump dossier.

The extent of Warner’s contacts with Jones remain unclear.

The collaboration between TDIP and New Knowledge, which has not been previously reported, involved a dashboard set up at the site, Disinfo2018.com, which tracked “social media disinformation networks — to include suspected foreign state-actors — conducting information warfare against the American public prior to the 2018 U.S. midterm elections.”

The project appears similar to Hamilton 68, a dashboard operated by the Alliance for Security Democracy. Jonathon Morgan, the founder of New Knowledge, helped create Hamilton 68 and has appeared frequently in the media to discuss Russia’s disinformation efforts.

In an interview with BBC, Morgan claimed Russians were behind #ReleaseTheMemo, the hashtag used to call for the release of a memo from House Intel Republicans that questioned the FBI’s reliance on the unverified Steele dossier to obtain surveillance warrants against former Trump campaign adviser Carter Page.

But New Knowledge and Morgan are now known for their tactics during the December 2017 Alabama special election.

The operatives also created thousands of fake Russian Twitter accounts set to follow Moore. The effect was that numerous news outlets reported Moore was being supported by a Russian disinformation network.

New Knowledge has come under heavy criticism following the report, largely because the firm’s tactics in Alabama so closely mirrored the Russian efforts they say they oppose. Morgan, a former State Department adviser, said the Alabama project was merely an experiment that had no impact on the special election, which was won by Democrat Doug Jones.

The Washington Post reported New Knowledge authored a document describing the Alabama false flag operation, but Morgan has denied that claim and said he was unaware of most of the activities detailed in it.

For the past six months @NewKnowledgeAI led an investigation into Russian interference on behalf of the Senate Intelligence Committee (SSCI). This was the first comprehensive look into data provided to the Senate by Facebook, Twitter, and Google. Here are the highlights:

New Knowledge’s Senate report on Russian disinformation networks makes clear its investigation was undertaken at the request of SSCI. But an SSCI official told TheDCNF the committee did not pay New Knowledge and TDIP has never been hired for any work. The official also noted SSCI does not necessarily endorse New Knowledge’s findings.

TDIP has maintained a lower profile than New Knowledge. Most of what’s known about the group has been revealed only through Adam Waldman, an attorney who had contact with the organization in 2017. Information that Jones, the TDIP founder, provided to the FBI was also released in an April 27, 2018, House Permanent Select Committee on Intelligence report.

Jones, who registered TDIP on Jan. 31, 2017, told the FBI in late March 2017 his organization had hired Fusion GPS and Steele, a former MI6 officer, to continue investigations into Russian meddling in the U.S. elections that began with funding from the DNC and Clinton campaign. Jones also told the FBI the project had received $50 million in funding from between seven and 10 wealthy liberal donors.

IRS records suggest TDIP did not receive all of that funding at once. Information from the nonprofit’s tax filings show the group received $9 million in 2017.

Around the same time as his meeting with the FBI, Jones reached out to Waldman, an attorney with a myriad of links to players in the Russia saga. Waldman represented Russian oligarch Oleg Deripaska and has apparent links to Steele.

Waldman told TheDCNF Jones told him that Fusion GPS was involved with TDIP. He also said Jones claimed Soros had provided funding for TDIP’s anti-Trump operation. (RELATED: Soros Has Given $1 Million To Group Linked To Fusion GPS For Trump-Russia Investigation)

“Our team helped with this,” Jones wrote to Waldman, linking to a Reuters article about Russian investment in Florida properties owned by President Donald Trump.

Waldman also exchanged text messages with Warner that suggested the Virginia Democrat was in close contact with Jones.

In an April 25, 2017, text message to Warner, Waldman said Steele had told him “Dan Jones is coming to see you.”

The interactions between Warner, Waldman, Steele and Jones remain one of the enduring puzzles of SSCI’s Russia probe. The committee has refused to discuss the matter.

But Warner was not Jones’s only Democratic contact on SSCI.

According to a New Yorker article published Oct. 15, 2018, an unidentified Democratic senator other than Warner contacted Jones in early 2017 to review data related to Alfa Bank, a Russian bank whose computer servers allegedly had back-channel contacts with Trump Organization computers.

The Alfa Bank connection to Trump was first reported by Slate on Oct. 31, 2016. Alfa Bank’s founders are also accused of having cozy relations with the Kremlin in Steele’s dossier. The claims of illicit contact between Alfa Bank and the Trump Organization have remained unverified, with some computer experts doubting the theory.

Neither TDIP nor New Knowledge responded to multiple requests for comment.

To highlight border issues, Trump goes to the border; Beto O’Rourke goes to the dentist
Next Post
‘Sex dolls are way better than real women – they don’t care what I do to them’ 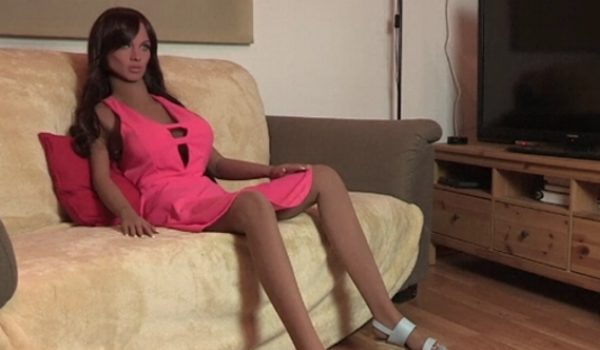